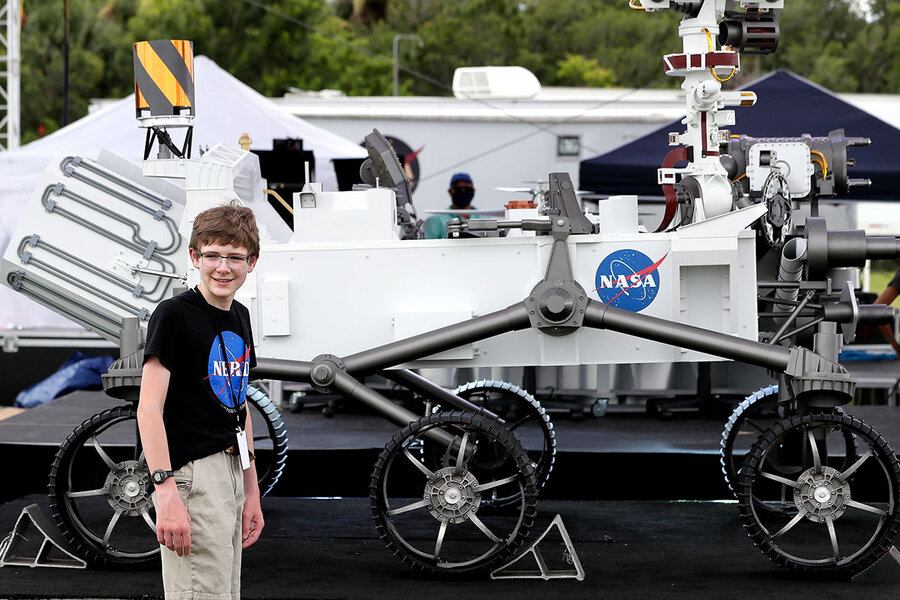 Perseverance is also laying the groundwork for more sophisticated missions. It’s designed to collect and bag rocks to be eventually returned to Earth, and it carries a tool that will attempt to produce oxygen from the planet’s atmospheric carbon dioxide.

“I see Perseverance as being transformative,” said Jennifer Trosper, deputy project manager for Perseverance at NASA’s Jet Propulsion Laboratory in Pasadena, California, during a press conference Monday. “This is transforming us to bringing samples back and eventually getting humans there.”

“A totally new kind of mission”

In the early days of NASA’s exploration of Mars, many researchers hoped to find microbes right off the bat. NASA’s Viking 1 and Viking 2 landers, which in 1976 became the first U.S. spacecraft to land on the surface of Mars, carried tools to search for signs of life in the soil.

One experiment did indeed turn up a possible positive detection of what could have been the metabolism of current life, stirring up excitement and controversy. But scientists couldn’t rule out explanations that were unrelated to biology, and that ambiguity prompted researchers to step back.

“I look at it as a cautionary tale of getting a little too ambitious too early,” says Erik Conway, a historian at NASA’s Jet Propulsion Laboratory. “Before you go looking for complicated things like living processes, you need to understand the environment.”

What followed was largely a search for signs of liquid water from Mars’ past, which is thought to be crucial for life as we know it. And, sure enough, they found it. In fact, Mars was once quite wet.

That’s actually why NASA selected Jezero Crater as the landing site. Images and data collected from spacecraft orbiting Mars reveal clear signs that liquid water once flowed there, and geologists say the only explanation for the shape of the crater is that, some 3.5 billion years ago, it was actually a lake.

“It had rain coming down, and rivers flowing, and lakes, and maybe oceans.” Dr. Horgan says. “It’s going to be a totally new kind of mission.”

But just going to a compelling location isn’t enough to detect life.

Previous rovers – particularly Curiosity – detected intriguing clues, but they revealed nothing that couldn’t be explained non-biologically. For example, Curiosity detected organic matter on Mars, but the rover lacks the tools to determine if those building blocks for life arose from ancient Martian biology or from abiotic Martian chemistry.

Compared with Curiosity, Perseverance boasts several upgraded instruments, including an advanced camera that could help researchers spot a stromatolite, a kind of rock formed only by microbes. But what’s most likely to answer the big question of whether Martians ever existed is the mission’s sample-return component.

To do that, the rover will drill into rocks, extract small cores, and seal them away in containers that it will leave on the surface for a future mission to collect and fly back to Earth for analysis. That endeavor, called Mars Sample Return, is a collaboration between NASA and the European Space Agency.

Being able to bring rocks back to Earthly laboratories could allow researchers to unlock many more secrets of Mars.

“You’re never going to have a spacecraft that can carry everything you want,” says Smithsonian Institution geologist John Grant, who served on the selection committee for Perseverance’s landing site. “If you bring samples back,” he says, “50 years later, when we’ve got techniques that are far more refined … we can apply those.”