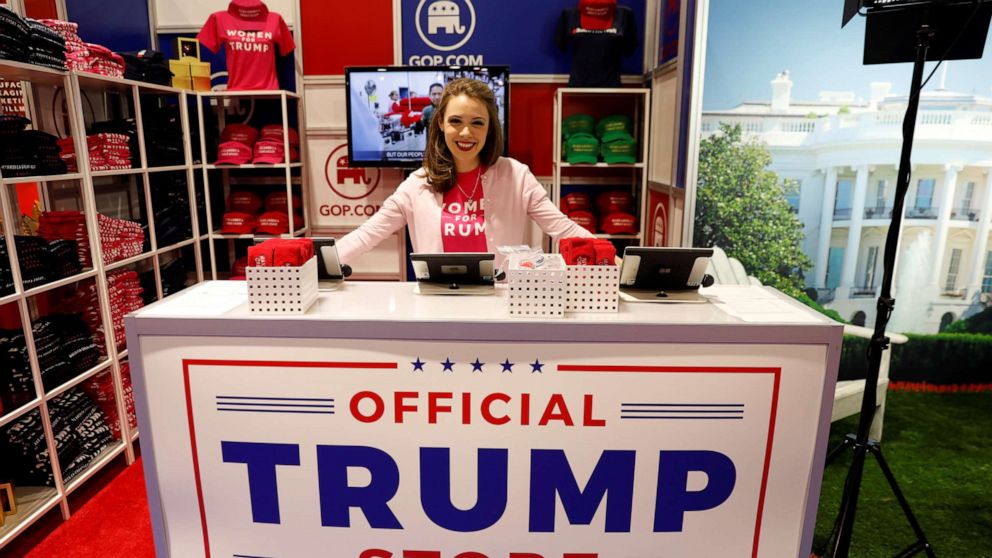 A senior official at the U.S. government’s top foreign aid agency, known for her strident views on liberal democracy, women’s role in politics and LGBT rights has departed after a brief, but controversial time there, accusing the agency of “rampant anti-Christian sentiment.”

Merritt Corrigan served as the deputy White House liaison at the U.S. Agency for International Development, or USAID, until Monday when she began firing off tweets about being “attacked” by the media “for my Christian beliefs.”

Since joining USAID in June, Corrigan’s tweets and opinion pieces have been highlighted in media reports, particularly those where she’s said women shouldn’t be in elected office, called homosexuality an “appalling sexual perversion” loyal to Satan and denounced refugees and immigrants.

Acting USAID administrator John Barsa had defended Corrigan and other controversial Trump appointees at the agency in a statement in June.

It’s unclear whether he fired Corrigan or she quit her role. Acting USAID spokesperson Pooja Jhunjhunwala told ABC News in a statement Monday, “Effective 3:00 P.M., on August 3, 2020, Ms. Merritt Corrigan is no longer an employee at” the agency.”

“USAID does not comment on the specific basis on which employees leave the Agency. All political appointees serve at the pleasure of the Administrator,” Jhunjhunwala added.

Earlier in the day, Corrigan started tweeting that she wouldn’t remain “silent as the media has attacked me for my Christian beliefs, which are shared by the majority of Americans.” In particular, she denounced same-sex marriage and declared, “Men aren’t women” — seemingly a reference to transgender people.

Since 2011, a majority of Americans have supported same-sex marriage, and the latest public opinion polls show majorities support transgender rights and protections for transgender people against discrimination.

“The United States is losing ground in the battle to garner influence through humanitarian aid because we now refuse to help countries who don’t celebrate sexual deviancy,” Corrigan added Monday, another apparent reference to LGBT rights.

“We will investigate any complaints of anti-Christian bias Ms. Corrigan has raised during her tenure at the Agency,” she said.

Corrigan previously worked at the Hungarian embassy in Washington and at the Republican National Convention, according to ProPublica, which first broke the news of her appointment.

In addition to her controversial tweets on Monday, Corrigan had caught lawmakers’ attention for her previous writing.

“Liberal democracy is little more than a front for the war being waged against us by those who fundamentally despise not only our way of life, but life itself,” she wrote in one post, per ProPublica.

In a tweet from October that’s since been deleted, she condemned a right-wing talk radio host posing with a drag queen: “Right wing gatekeepers have made it abundantly clear that their allegiance is to Satan and those who carry out his agenda of appalling sexual perversion over those who question the liberal status quo.”

In another now-deleted tweet that month, she attacked Sen. Elizabeth Warren, D-Mass., for supporting same-sex marriage: “This sick statement by Warren, which glibly mocks a real crisis happening in our society, is exactly why women shouldn’t be in office. They will always advocate for themselves at the expense of men, and revel in it.”

She’s also proposed sending refugees back to Somalia, blamed immigration for violent crime in the United Kingdom and championed Germany’s far-right political party AfD and Hungary’s increasingly authoritarian prime minister Viktor Orbán, according to CNN, which detailed many more of her deleted tweets.

Amid that scrutiny, Barsa — who was tapped by the White House to take over as acting USAID chief after Mark Green left in April — defended Corrigan.

“I want to specifically condemn the unwarranted and malicious attacks on Deputy Chief of Staff Bethany Kozma, Deputy White House Liaison Merritt Corrigan, and Religious Freedom Advisor Mark Lloyd,” he said in the June statement. “USAID is honored to have Bethany Kozma, Merritt Corrigan, and Mark Lloyd serve at the agency. They are committed to enacting the policies of President Donald J. Trump.”

Kozma is an anti-transgender activist who’s also come under fire, and Lloyd is a tea party activist who frequently attacked Islam, once calling it “a barbaric cult.”

All Democrats on the House Foreign Affairs Committee called for Corrigan to be fired last month, as well as the top Democrat on the Senate Foreign Relations Committee, Sen. Bob Menendez of New Jersey.

Corrigan blasted that as “a corrupt campaign to remove me from USAID,” vowing to “expose” it during a press conference later this week with far-right conspiracy theorist and fraudster Jacob Wohl.