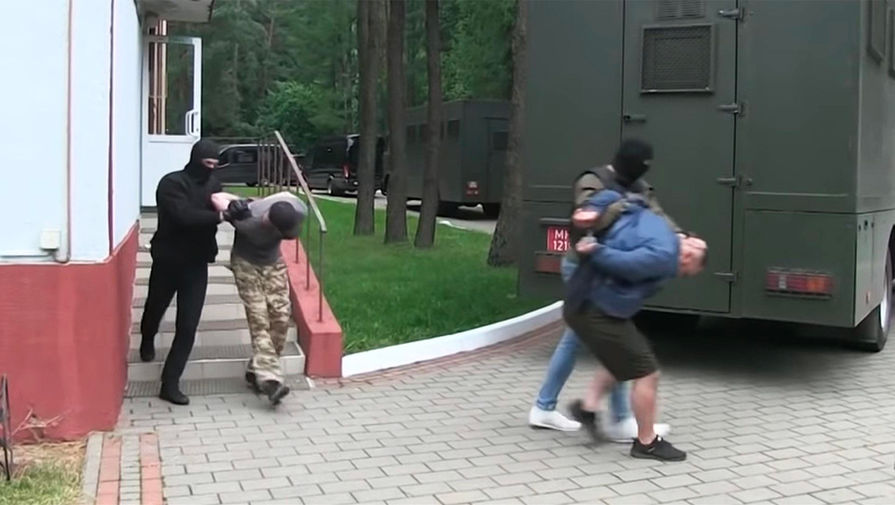 Alexander Lukashenko has received from Ukraine a signal of penetration rate in Belarus was another “Russian militants”. According to him, the saboteurs allegedly crossed the southern border of the Republic, although he is not too believe this information. The Ukrainian intelligence services were behind the sending of the first group of “militants” in Minsk, and they also provoked the detention of the Russians, noted by the media.

President of Belarus Alexander Lukashenko announced the receipt of a signal on the penetration of another group of “Russian militants” in the Belarusian territory. According to him, we are talking about 30 people who had allegedly crossed the border South of the Republic.

In an interview with Ukrainian journalist Dmitry Gordon, the Belarusian leader noted that Minsk information received from the security services of Ukraine, but its authenticity is doubtful.

“We are now looking for all over Belarus. I really do not believe that there are really 30 people crossed the border — we would have found them. Unless, of course, they have not gone to Russia or did not return,” — said Lukashenko.

The theme of “Russian militants” the Belarusian leader actively spins for more than a week after revealing the detention of 33 citizens of Russia at the end of July.

According to Minsk, the Russians allegedly involved in the PMC and arrived in Belarus to destabilize the situation during the elections, however, confirm this. In Moscow has officially stated that citizens of Russia were sent to Turkey through Belarusian territory, having all the necessary documents, including airline tickets. according to the Russian foreign Ministry, the charges on the part of Belarus against the Russians do not stand up to scrutiny.

As writes “Komsomolskaya Pravda” citing a source in the Russian special services, with the detention of Russian citizens on the territory of Belarus may be the Ukraine. According to the publication, the Ukrainian security services provoked the incident, gathering the ex-employees of a private military company under the pretext of protecting the oil facilities in Venezuela and smashing them into several groups.

The first group of “militants” was made up of former citizens of Ukraine who fought in the Donbass, and was supposed to fly to Istanbul from Minsk in order to get to Caracas. They had tickets, bought in Ukraine, but shortly before departure they were rejected — as not suspected members of the group.

“KP” separately, indicates that the tickets could be an important clue that could lead to Ukraine, but they were destroyed by order of the organizer of the set with the Callsign Shaman.

The detention of “insurgents” in Belarus the edition connects with the fire of Ukrainian special services: they allegedly leaked information about Minsk group of “saboteurs”, which in fact they themselves have written.

Official confirmation of these data is not, although the newspaper’s sources claim that Kiev was going to get about 180 people for a fake job for sending to Venezuela. This figure partly coincides with the number of “militants”, whom the Belarusian law enforcement agencies are actively looking for at the moment. In this case since the arrest of the 33 Russians on new cases not reported, although Minsk was said that the country is about 170 “militants”.

However, if the version that the detention of Russians in Belarus is actually a provocation of the Ukrainian security services, confirmed it would create a dangerous precedent and is unlikely to have a positive impact on Russia’s relations with Ukraine and Belarus. The situation is already poor, because Lukashenko does not rule out a possible extradition of the Russians to Kiev, though, and makes a reservation — if the Ukrainian side will be able to prove the direct guilt of the detainees.

As they said “Газете.Ru” Deputy Director of the Institute of CIS Vladimir Zharikhin, the realization of this threat is unlikely, since the President of Belarus irrevocably realizes such action.

“Is this another blackmail against Moscow detained citizens and even the West. That is Lukashenko as saying that Western countries that he is so severely struggling with “Russian imperialism” that is ready to give Russian citizens Ukrainians, when they criticize him for counting of votes of voters,” — said the expert.

Likely, the Belarusian leader partly to use the threat as a lever of pressure on “Russian militants” to the detainees started to talk what you need Lukashenko, said Zharikhin, in General, the President of Belarus conducts a base game.