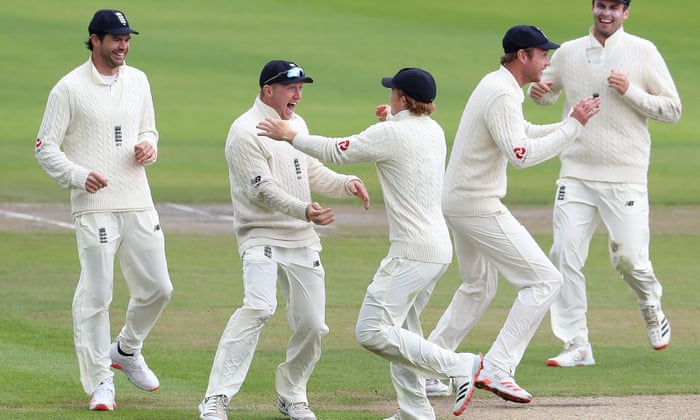 All hail Rooty’s Bouncebackables! This phonetic travesty refers to a unique achievement by Joe Root’s England last week. When they beat West Indies in the third Test at Old Trafford, they became the first side in Test history to win consecutive series after going 1-0 down. It reflects well on a number of things, including their resilience, their patience, their nerve – not to mention the decision, 17 years ago, of the Home Office to belatedly grant a work permit for Workington Town’s new coach, Ged Stokes.

A successful response to adversity is never a bad thing, but that doesn’t mean it comes without a downside. Most would accept that a proper Test team shouldn’t have been going 1-0 down to these South Africa and West Indies sides in the first place. The Spin doesn’t want to be too harsh, because England’s Test team have made exciting progress since Chris Silverwood took over as coach. It no longer feels like a JFK moment when they score 400 and if they stop handicapping themselves they could become a serious team.

England have been beaten in the opening Test of their past five series, excluding the one-off Test against Ireland, which equals their worst run. As a blueprint for world domination, and with two-Test series more popular than ever, going 1-0 down at the earliest opportunity is a plan even Baldrick would query.

Under Root, England have won six series and lost four. If the first Test of those series had been drawn, they would have won seven and lost one. It has gone on too long to be dismissed as a statistical fluke. As well as losing five in a row, England have lost eight of the past 10 opening Tests.

Teams of all shapes and competencies tend to develop a pattern of peaking at different times. The most obvious example is Pakistan. It is written in stone that if they are to win a global competition they must start the tournament with as many disgraceful defeats as possible.

The two great Test teams of the modern era, West Indies from 1980-95 and Australia from 1995-2008, had different ways of extracting the will to play cricket from their opponents. The Windies often started series slowly, and then finish them emphatically. Australia, a team who relied on bluff as well as brilliance, tried to obliterate their opponents’ morale from the first ball of the first Test.

Even England’s much-maligned 1990s team developed a pattern. They were very competitive in the first Test, especially when Australia weren’t involved, but the second and third Tests should have been sponsored by Reality Check Inc. England also have a fantastic historical record in the sixth Test of a series, which makes it doubly exasperating that they haven’t played one for 22 years and probably never will again.

There’s no single reason for England’s opening-night woes in the past few years, but there are a few common threads. In most of the eight defeats they have not had their best team on the field. There are a variety of reasons for that: selection (not just Stuart Broad, twice, but also Jofra Archer in last year’s Ashes), injury and illness (Jimmy Anderson last summer, Ollie Pope in South Africa), paternity leave or a visit to Mbargo in Bristol.

It also feels like England can take the first Test a bit lightly, as if their unconscious is whispering, “Why do today what you can do tomorrow?” Thinking of tomorrow is also a reason to pick an XI for the first Test with one eye on the future (OK, the next Ashes tour). But when they lose the first Test, it’s to hell with the future until the next series. 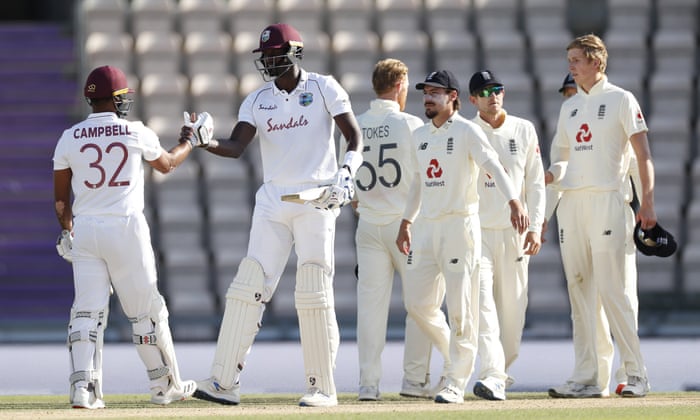 This all ties in with the feeling that under Root England have been a bit easy come, easy go – or rather, given the pattern of their results, easy go, easy come. That’s also evident in a recurring failure to seize the moment in the first Test, when the whole series isn’t on the line. They were in several good positions during the first Ashes Tests of 2017-18 and 2019, particularly in the field, only to lose both matches heavily.

(The alternative explanation – that they walked into Steven Peter Devereux Smith at his most terrifyingly focused, and that even the apocalypse wouldn’t have stopped him making a match-winning hundred – shouldn’t be discounted.) They also let South Africa off the hook on the first day of the series at Centurion last winter. England are a mentality change waiting to happen.

It’s not just in team selection that England have been a bit too funky for their own good. They probably made the wrong decision at the toss by batting first against Pakistan in 2018 and West Indies this summer, and by bowling first against South Africa last year.

No cursory investigation into the inadequacies of an England Test team would be complete without one of our oldest friends: the first-innings batting collapse. In all eight first-Test defeats since Root took over, wickets have fallen in a Proustian rush to leave England in trouble. The second day of the first Test is generally when they have placed themselves in intimate proximity to the eight ball.

Batsmen rely on rhythm just as much as bowlers, so they are bound to be vulnerable at the start of a series. But Wednesday’s match against Pakistan should be different. During the third Test against West Indies last week, Stuart Broad said that because they were playing the same opposition on the same ground so soon after the second Test it felt like a continuation of that game rather than a new match.

Though the opposition have changed, England should be ready to hit the ground running when they return to Old Trafford. Pakistan, by contrast, have all the disadvantages of playing the first Test of an overseas series, with extra lockdown rust. If England lose this week, they really do have a problem.

• This is an extract from the Guardian’s weekly cricket email, The Spin. To subscribe, just visit this page and follow the instructions.