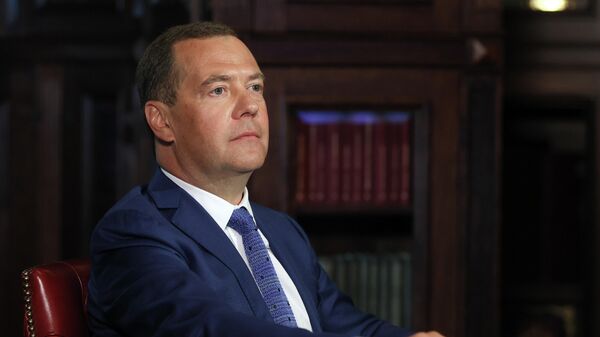 MOSCOW, 8 Aug — RIA Novosti. Moscow recognized the independence of South Ossetia and Abkhazia, because otherwise the Caucasus could become a “powder keg”, said the Deputy Chairman of the security Council, Dmitry Medvedev.

“Today marks 12 years since, our country responded to the criminal behaviour of the then President of Georgia <…> so I made a difficult but the only solution was to stand up for Abkhazia and South Ossetia, first, protecting them from aggression, and then, at the request of their citizens, recognizing their full independence,” he wrote in “Vkontakte”.

The former President noted that Russia stands for stability in neighbouring States and thus will never tolerate attack on its citizens.

“Our answer will always be absolutely adequate circumstances for the purposes of stability and security in our country and around the world,” he concluded.

Commenting on the events of 12 years ago, the Russian foreign Ministry stressed that Moscow continues to make efforts to restore dialogue and meaningful negotiation process between Georgia, Abkhazia and South Ossetia.

“Georgia’s actions were a gross violation of international agreements on the peaceful settlement of the Georgian-Ossetian conflict led to numerous casualties, including among Russian servicemen and Russian citizens”, – said the diplomat.

Policy of Tbilisi, said the foreign Ministry, forced the Russian side to start a return operation to enforce peace.

As added in the Ministry, the main lesson of the events of 2008 is another reminder that to turn to violent methods of settling international disputes and conflicts pointless and counterproductive, especially when it comes to international relations, where “any violence in this case leads to the most painful and sometimes irreparable consequences.”

“An important element of ensuring full stability and security in the South Caucasus is consistent normalization of Russian-Georgian relations. Russia has always valued the friendly ties with her friends of the Georgian people, with whom we lived in one state under different names for centuries”, – stated in the message.

The foreign Ministry expressed hope that the differences between countries will be overcome. In addition, the diplomats stressed the importance of the Geneva international discussions on security and stability in Transcaucasia.

“This is the only international forum that provides direct dialogue between Georgia and Abkhazia, Georgia and South Ossetia. The very existence of this platform has allowed over the past twelve years to support peace talks without any military confrontation, while maintaining relative stability on the borders of these three countries,” – said the Minister.

The recognition of the sovereignty

On the night of 8 August 2008, the Georgian military shelled South Ossetia from installations of volley fire “Hail”, attacked and partially destroyed its capital of Tskhinval.

Russia, protecting inhabitants of South Ossetia, many of whom took Russian citizenship, sent troops and after five days of fighting ousted Georgian troops from the region.

The twenty-sixth of August, 2008 Russia recognized the sovereignty of South Ossetia and Abkhazia. As explained by the Russian leadership, this decision reflects current realities and not subject to revision. But Tbilisi refuses to recognize the independence of the republics.