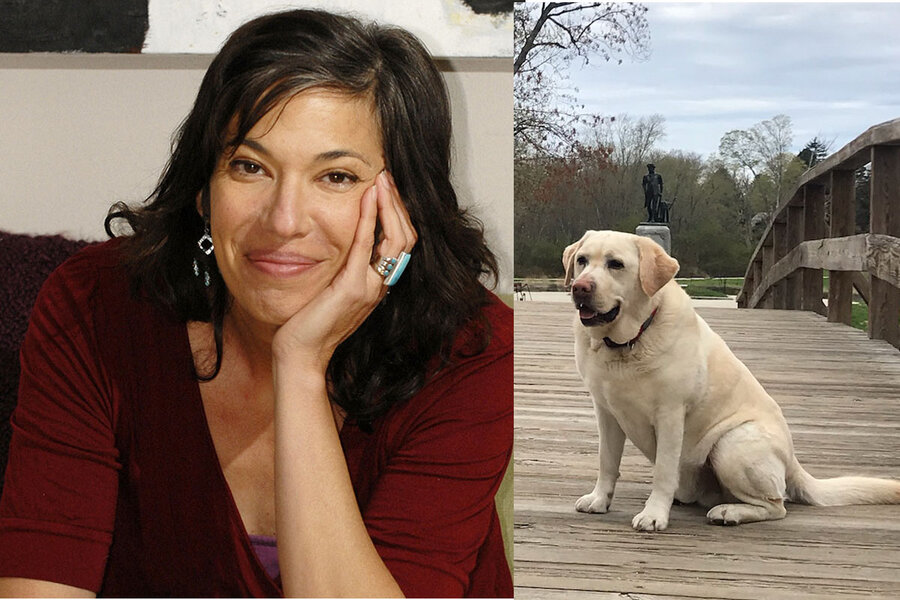 For Brenda Withers, that guideline jolted her out of the helplessness she’d been feeling during quarantine. In her play “McKim,” a woman visits the Boston Public Library in January 2023 to pick up a book she’d requested 34 months previously. Ms. Withers says she created a character who, much like the country, is hesitant to embrace the future because of what has transpired in recent times. That accounts for why the character arrives so late to the library’s McKim building to pick up the book she’d placed on hold prior to the pandemic. Ms. Withers says change is easier when you’re able to feel like who you were and who you will become at the same time.

“I think books are often like that,” says the playwright, a founding member of Cape Cod’s Harbor Stage Company. “You start in one place with a physical object, and when you get to the other side of that object, you’re a different person if it was a good book. You’re still holding that same object. It looks the same and feels the same. And you feel different.”

Kirsten Greenidge’s “The 54th in ’22” eavesdrops on a charged blind date on Boston Common. In the play, Greg and Nola’s first date gets off to a bad start. It’s not just because their interpersonal skills have become rusty during quarantine – or the annoying sound of someone constantly pinging Greg’s phone with text messages. When Nola sees the State House on the edge of the Boston Common, she laments that it doesn’t belong to her because it’s a part of white America. Moreover, she’s racked with guilt for not participating in the racial justice protests because her mother was at risk from the coronavirus. It turns out that Greg was one of the protesters, but he reveals a contrasting perspective to Nola’s.

Ms. Greenidge says her older relatives seldom talked about the racism they’d endured. She rooted her story’s hopeful outlook in how family members who came before her viewed the march of progress.

“They had to live with the current of hope infusing their lives, to be able to believe they were creating a world that was better for those that were coming up after them,” says Ms. Greenidge, a playwriting fellow at the Huntington whose new play “Our Daughters, Like Pillars” was delayed this spring. “We live in a time where I don’t think they could have imagined the amount of freedom and ‘upward mobility’ that my sisters, my children enjoy today.”

Ms. Lopez’s “By the Rude Bridge” follows a historical battle re-enactor at the Minute Man National Historical Park on Patriots’ Day in 2025. Like Ms. Greenidge, Ms. Lopez says that George Floyd’s death made her realize that it’s impossible to talk about the future without talking about the present. “What will we tell our children we fought for?” asks the narrator, a re-enactor who tells listeners he dressed as a British soldier. At the end of Ms. Lopez’s story, he amiably chats with participants who’d dressed as Minutemen for the mock battle.

“He’s wearing red and they’re wearing blue,” she says. “For me, that was looking forward to a time when our country wouldn’t be so divided. And Republicans and Democrats could stand in the parking lot and drink a cup of coffee together. And won’t that be amazing? That was my vision of the most hopeful thing I could conceive.”

None of the plays mention the pandemic directly, but they allude to it in different ways. In Kate Snodgrass’ “Overture,” a woman makes her way to the top of the Great Dome at the Massachusetts Institute of Technology, where her father, who died during the quarantine, had taught as a professor. She’s accompanied by a custodian who knew him. It’s July 4, 2024, and the night sky is more colorful than a botanical garden as fireworks bloom and wilt. The tale of grief transforms into something joyous as the characters listen to the Boston Pops Orchestra playing Tchaikovsky’s “1812 Overture” on the banks of the Charles River.

“She’s just acknowledging who her dad was, the joy of that, and how much he was giving to other people,” says Ms. Snodgrass, artistic director of Boston Playwrights’ Theatre. “He’s not dead. He’s with her. And that’s who she’s carrying with her.”

The playwright knows several people who have died during the pandemic. And, like the other writers in the series, she expresses uncertainty about when their art form will return. But, like each of the writers, she’s more buoyed by optimism after participating in the series.

“We all live in hope for one thing or another,” says Ms. Snodgrass. “I don’t want the virus to stop me from moving forward with hope – hope for the future, hope for the better.”