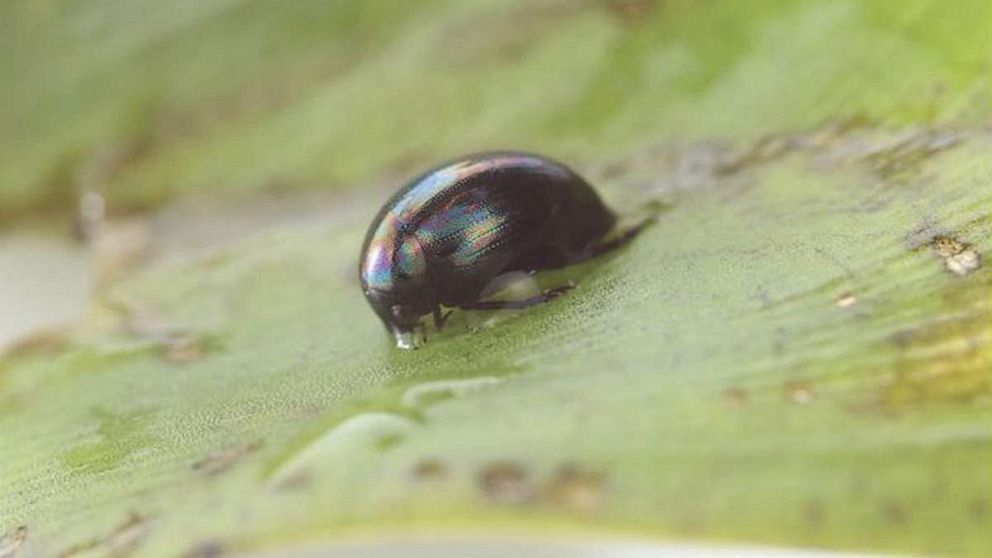 Scientists have for the first time seen prey survive getting eaten by actively making their way through a predator’s entire digestive tract and escaping out the other end, a new study finds.

Both the aquatic beetle Regimbartia attenuata and the black-spotted pond frog Pelophylax nigromaculatus are common in paddy fields in Japan. This led ecologist Shinji Sugiura at Kobe University in Japan to look for any defenses the insect might have evolved against the amphibian.

Many frogs lack teeth and are unable to kill prey before swallowing it. These amphibians instead rely on their digestive systems’ corrosive juices and suffocating confines to dispatch their victims.

In lab experiments, the adult frogs, which can reach nearly 3 inches long, could easily gulp down the roughly 0.15-inch beetles. Surprisingly, about 93% of the beetles were excreted alive and active within four hours of getting swallowed. Similar results were seen when four other frog species swallowed these beetles — the fastest exit Sugiura saw took place six minutes after a beetle was gobbled up.

Previous research found the shells of snails and other mollusks could help them passively survive getting eaten by fish and birds. However, prey that did not survive P. nigromaculatus normally took more than 24 hours to leave the frog’s gut. R. attenuata’s relatively quick escape led Sugiura to suspect the beetle had some way to promote excretion and actively flee.

The researcher often saw the frogs’ excrement contained beetle legs. When he stuck the beetles’ own legs to their bodies using wax before feeding them to frogs, they all died in the frogs. This leads him to suspect the insects use their legs to stimulate the frogs’ digestive tracts, urging them to poop. The struggle to escape may at times cause the beetles to lose their legs.

Sugiura also suspects the beetle’s adaptations to a watery lifestyle may help it survive a frog’s gut — for instance, the insect can trap air under its wing cases to breathe underwater. Moreover, its streamlined shape and swimming motions may help propel it out of amphibians, and its hard carapace might protect it against digestive juices, he noted.