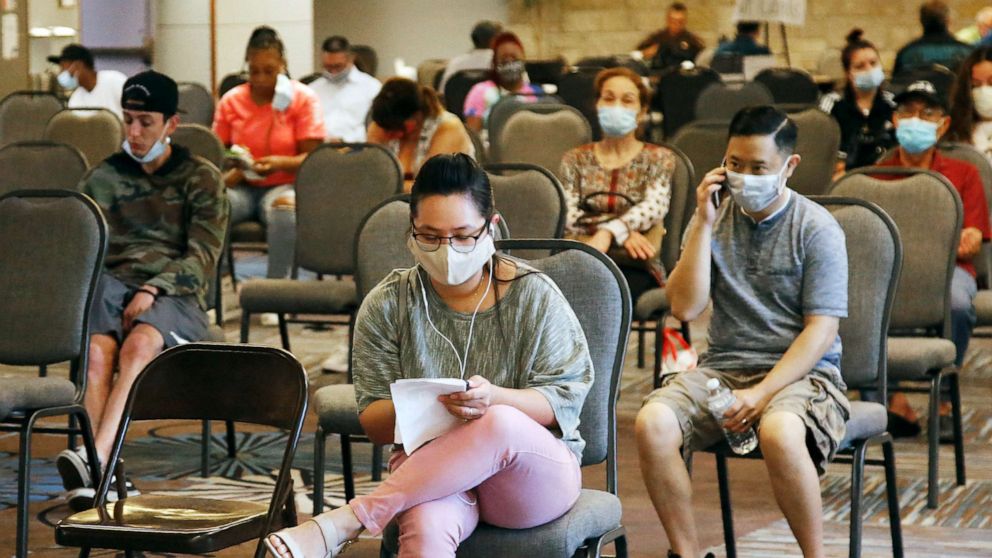 The U.S. unemployment rate dropped to 10.2% in July, slightly below June’s 11.1% mark, according to the Bureau of Labor Statistics.

There were 1.8 million jobs added in the month as the country continues to grapple with the effects of the coronavirus.

While the numbers are better than expected, they show a slow climb for job gains and there are still 12.9 million fewer jobs than before the pandemic shuttered much of the economy.

Moody’s Analytics said in a statement that the jobs report “adds to a mixed picture for the U.S. economy, where jobs are being added at a slow pace but rising infection rates in some parts of the country and uncertainty around the level of continued government support are clouding the outlook.”

Consumption likely will remain subdued, and perhaps even curtailed, with the end of the weekly $600 unemployment bonus that some 30 million Americans were relying on, according to Moody’s.

Future coronavirus relief is being discussed in the Capitol, however administration officials and Democratic congressional leaders remain far apart on key issues.

But even if new benefits are added, until infection rates show “meaningful and steady declines, health concerns will weigh on consumer confidence,” according to Moody’s.

Jobs added in July were in leisure and hospitality, government, retail trade, professional and business services, other services and health care.

Leisure and hospitality saw the largest gains among sectors that added jobs, with employment increasing by 592,000.

The food and drink industry also increased, by slightly less with 502,000. However, despite gains over the last three months, overall employment in that sector is down by 2.6 million since February.

The service industry has been particularly hard hit during the pandemic, with Americans mostly being told to stay inside and many restaurants, bars and cafes shuttering in March.

Black people faced the highest rates of unemployment in July, at 14.6%, with Hispanic people behind that at 12.9%, government data shows. Asian people had an unemployment rate of 12%, while white people had the lowest number at 9.2%.

The unemployment rate peaked at 14.7% in April, not too long after a historic low of 3.5% was reported in February.

The monthly jobs report comes a day after weekly jobless claims topped 1 million for the 20th week in a row.