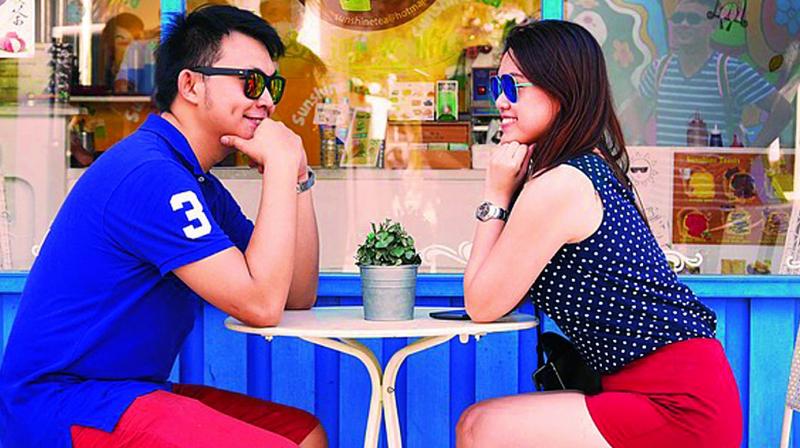 With an increase in the use of the internet, the mores of swipe-right or -left culture is acing, as per statistics. For instance, we have learnt that 46 per cent of Hyderabad residents use online dating websites and apps. And as we couldn’t pass up the opportunity to understand what at least a few of them sought on these platforms, we spoke to a few users and relationship advisors to share their take and experiences on these.

Naren Sahu, a user on one of popular dating apps, says, “While I believe traveling helps in getting new people to meet, this app always updates me with the profiles in and around where I am. It helped me meet a few more people, which ended up in small conversations on a train. By the end of my train journey, we had exchanged numbers and are still friends even though we stay in different states in the country.”

Then, expressing his dissatisfaction about why he does not really use the app in the city, Naren tells us that he gets matches only when he reaches upscale societies such as Banjara Hills and Jubilee Hills and corporate spaces such as the Hi-Tech City. “With the extreme cultural bias in this city, I feel dating is still considered a taboo here. Then, there is that problem of fake IDs and profiles that I came across,” adds Naren.

Sexual and otherwise
Interestingly, of the 46 per cent,  while 82 per cent claims to use dating apps not to find a partner but to seek friendship and companionship, 59 per cent users believe the people they meet are trustworthy.

Harpreet Kandhari, a relationship advisor, shares her insights on those statistics. “While dating apps in our country are synonymous with sex and sexual intimacies, users on these apps and websites are also looking for people with common interests,” says Harpreet. “Users have welcomed the change in attitudes. For instance, strangers with collectively mutual interests get together and enjoy the aspect of being in a space where no one judges them.”
Even as people find their like-minded people who share interests in poetry, travelling and other hobbies, these apps assure some sort of safety is by letting them block IDs that a user may come to see as fake or dangerous.

Peddu Venkateshwar Rao is a Tinder user who believes dating apps help him explore common relationships as well. “I downloaded the app because I believe friendship is a meaningful bond. So while I am sure it will help me find a partner, I know for sure that it helps me interact with people from different walks of life,” says Venkateshwar. “And though statistics prove that thecity is adopting the dating culture, and I know I will find a partner in some point in time, I don’t intend to keep my options of finding to only dating apps. Besides, safety is always priority even for a guy, and I do not entertain any fake profiles.”

Safety above all
Given the attractions and simplicity of using such apps, we wonder why Kavya Srinivas, a consultant in a construction company, doesn’t want to download such apps or be a part of the “swipe-right culture”.

“For one, I would like to make a partner someone, whom I know for a long time, and don’t necessarily turn to a dating app for to fill that gap for me. Moreover, the bizarre and mentally disturbing experiences on other social media handles have made me turn a blind eye towards the existence of dating apps,” she explains.
In fact, the number of constant and awful messages she has received on the other platforms, even though they are not dating sites or platforms, got embedded in her mind the belief that these apps are meant as escort services or matrimonial sites. “I am sure these apps are meant to create some common and meaningful relations, but my experience on even social media surely prevents me from using dating apps,” she signs off.

Beauty is beyond shape & size

9 of the most incredible McDonald’s buildings around the world