The threat of the leading French clubs to take legal action against World Rugby if it sanctioned a doubling of this autumn’s Test window to six matches prompted a review of newspaper cuttings at the end of the 1990s.

It was a time when the professional game in Europe was in turmoil. Trouble was writ large, with one threat of legal action following another with the frequency of knock-ons on a damp afternoon. Club owners, who quickly discovered that not only would there not be a quick return on their investments but they would also have to put in more and more because of unsustainable costs, decided in 1998 to take the then International Rugby Board to the European court charged with restrictive practices.

They did not get that far, but their complaints were eventually addressed. The French Rugby Federation and the Rugby Football Union, as they were free to do under the IRB regulations, allowed the clubs to negotiate commercial deals, including broadcasting, for their leagues – something that was later extended to the two European cup competitions – and run them.

It meant clubs were no longer reliant on their unions selling the club game on the back of international rugby, but they have not become any more profitable, as the pandemic has highlighted. French clubs may be armed with a bumper television deal, but they are reliant on owners who as soon as they get involved in the sport apparently abandon the habits that helped them amass their fortunes.

And so their battleground has switched to the right of World Rugby to govern. The French clubs’ umbrella organisation, Ligue Nationale de Rugby (LNR), sent a letter on the eve of last week’s council meeting when a vote on extending the Test window was to be held, declaring its intention to take legal action because of the “catastrophic” damage the move would cause to the Top 14.

Never mind that the clubs would have their Rugby Championship players throughout September and October with the tournament being postponed until the following month, LNR questioned the right of World Rugby to make the decision and demanded to know the individuals who had a vote.

The letter has not been followed up. There was no support from Premiership Rugby, where the majority of owners are focused on salvaging the season when it resumes next week rather than squandering money on lawyers, although it was curious that the news of LNR’s threat broke in England, suggesting there is an outlier there who does not feel bound by collective decision-making.

LNR complained that it was not part of the decision-making process, although its president, Paul Goze, was among the most vocal of the 50 participants during a virtual meeting at the end of June which was called to discuss the shape of the game in the future and involved players and clubs as well as unions. 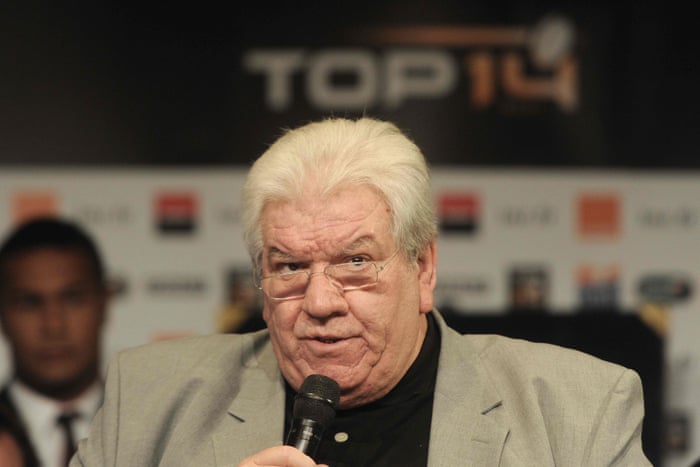 The Top 14 and Premiership Rugby have been offered places in a compact working group which is being set up to look at the feasibility of a global calendar that would align games in the hemispheres, something that would not enhance their case in any legal claim that World Rugby was not inclusive.

LNR should get on with it and sue, although would it make its legal challenge in France, Ireland – where World Rugby is based – or elsewhere? When the Premiership clubs pulled out of Europe in 1998-99, pending the European court hearing, they expected the French to follow.

They did not, not least because under French law the clubs are only allowed to play in tournaments sanctioned by their governing body. Breaking away was never an option so was last week’s letter of intent a serious threat or an attempt to squeeze the FFR, which is hosting the 2023 World Cup, out of more money because players will be on international duty for an estimated 100 days next season?

As unions battle to absorb losses piled up in the lockdown with even the richest of the unions, the RFU, forced to take a scythe to he game in the community, does not need the expense and distraction of a court case. Yet World Rugby, which is made up of 127 unions, keeps having its authority challenged by clubs in one or two countries. A ruling is needed.

At the June meeting, Goze was contemptuous of a global season that meant the European club campaign would start in January and run through the summer, which he insisted was not a time for rugby. He had clearly forgotten that during this century, there has been a Top 14 match in every month of the year, July included.

The argument is not being fought on principle. The prevailing feeling at World Rugby last week was that LNR was looking for financial compensation having agreed to a Test window of five, rather than six, weeks, a handout that would come from the community game.

This is a time when the game throughout the world is facing a fight for survival. French clubs are not, as they claim, facing a catastrophe because there are six Tests this autumn – but some unions would without them.

That the RFU has been forced to clobber its community game, just as Australia did at the start of the decade after opting to invest heavily in its professional game because players were being lured to Europe and Japan, shows this is an existential crisis.

Of course the club game is important, and France has a rich history, but international rugby has to come first. If a union falls, so does the game within its borders and that is why a global season – in which tournaments would be played in blocks and would, by removing overlaps, tempt clubs to take the strain off their wage bill by agreeing to central contracts – should be seriously considered.

It would remove the stress point, the battle over players, that has been the cause of so much posturing and writ-waving. World Rugby has to be able to govern, involving clubs in decision-making, but not bending to their every demand, shaping a game that delivers for all.