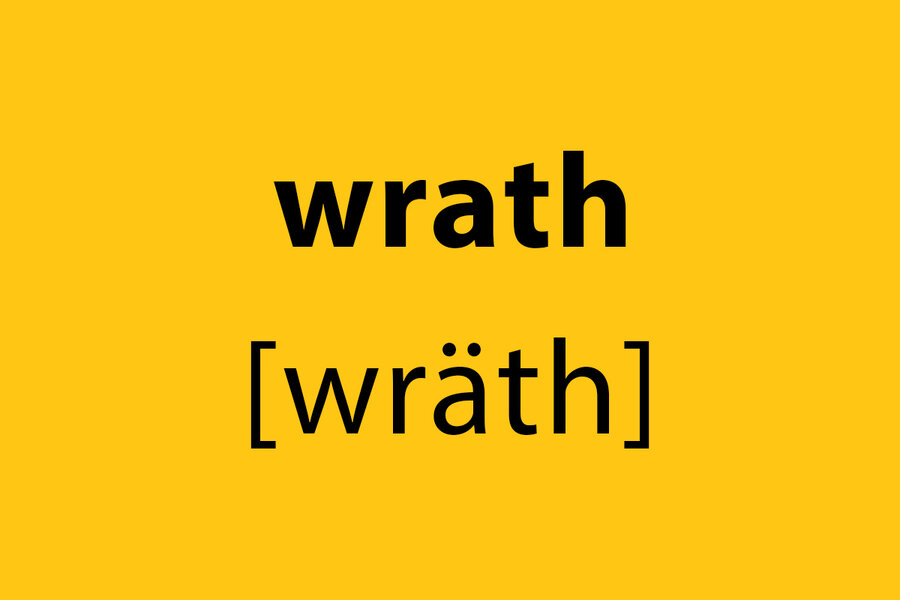 Why are so many common English words spelled with an initial w but pronounced as if they begin with an r sound? Write, wrong, wrist, wrath – these are among the oldest words in English. Like hw-, hr-, and kn-, wr- is one of “ye olde” consonant clusters that was pronounced in Anglo-Saxon English but has changed or disappeared in modern English.

Though today we don’t pronounce the k of knee, it’s pretty easy to do. Some dialects of English still pronounce the h of hw-, though now the letters are reversed in words such as what and when. (My first grade teacher insisted that which and witch were not homonyms, to the great confusion of the children in her class, in whose dialect they were homonyms.) But if you were going to pronounce each letter, how would you say wr, or, even worse, wl, which occurred in Old English words like wlanc (“bold; splendid”) and wlite (“face; beauty”)?

The Oxford English Dictionary speculates that these clusters were hard to say even for Anglo-Saxons, and cites spellings such as werritt for writ as evidence of “early difficulty in pronouncing the combination.” The unwieldiness has led some linguists to argue that both letters in these pairs were not pronounced.

Philologist Donka Minkova makes a convincing argument that Anglo-Saxons were indeed pronouncing both letters, stumbling over write, wreath, and so on. She looks at Anglo-Saxon and medieval alliterative verse – poems that are structured by the repetition of the initial sounds of words, not by rhyme. A 12th-century poem, Layamon’s “Brut,” for example, contains lines such as “he letten writen a writ; & wel hit lette dihten” (“he had a well-written writ written”). The poem “Cleanness” has an even more alliterative line: “Wlonk whit watz her wede,” something like “Wondrous white was what they wore.”

By the 15th century, the w sound was disappearing, which led to a spelling free-for-all. If you weren’t pronouncing the w, then why use it? So wrong appeared as “rong” and wring as “ringe.” Conversely, if some r words began with a silent w, why not all of them? So “rathe” (an old word for “advice”) could be wrath, and “runkel” could be wrinkle.

These words were standardized into their current forms in the 18th century, and we now have no trouble remembering which words begin with w – except with rack and wrack. As we talked about in another column, why do we insist on sticking wrack where rack belongs? It seems to me that the archaic tone of nerve-racking must play a part. Though this word was first used in the 20th century, it sounds old-fashioned, and ye olde wr- consonant cluster seems more appropriate.