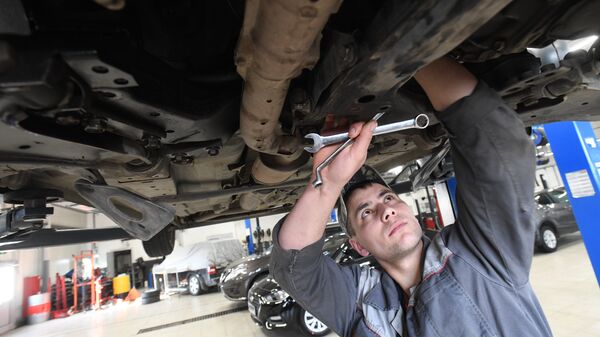 The Ministry of industry and trade is considering the reuse of some components only when changes in vehicle design, and the ability to use old parts in the repair of vehicles will be stored, reported RIA Novosti press-service of the Ministry.

Previously heated debate was the draft amendments to the technical regulations of the Customs Union “On safety of wheeled vehicles”. In particular, the discussion in the Public chamber of the Russian Federation participants of the market of auto service expressed concerns that a ban on the reuse of components can lead to an increase in the cost of repair machines.

“Taking into account the opinion of the expert community, as well as taking into account the discussion of the draft amendments in the Public chamber of the Russian Federation, the Ministry of industry and trade is considering banning the re-use of components of said list only if changes in vehicle design, which in turn will not create a prohibition of their use in the repair of vehicles”, – said the press service of the Ministry on Friday.

“Thus, the ability to set citizens on the vehicles used components, including restored when the renovations will be saved” – they explained.

The representative of the Ministry reminded that the next draft amendment to the technical regulations of the Customs Union “On safety of wheeled vehicles” developed by FGUP “NAMI” in accordance with the plan of development of technical regulations of the Eurasian economic Union. Thus, the project includes proposals to prohibit re-use of a limited list of components in the production of vehicles and modification of their design.

The Ministry said that the list formed on the basis of UNECE regulations which establish requirements about the impossibility of re-use of some components in new cars. “Currently, the draft amendments be subject to procedures of discussion and internal coordination in the countries of the EEU, the results of which its position can be adjusted,” – said the press service.