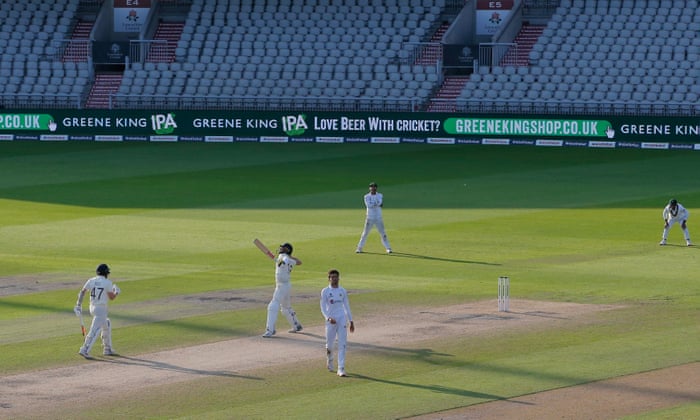 If there is a team best suited to whipping up the intensity required to play Test cricket in the sterile, crowd-free conditions witnessed in England this summer it is surely Pakistan.

They have only just returned to playing at home after a decade in the United Arab Emirates and though the bearded Chacha and a smattering of expats still cheered them on during this time in exile, many a session in the desert was played out in near silence.

Azhar Ali, a man who had to wait eight years and 77 Tests to savour his first century on home soil last December, talked up this advantage in his captain’s press conference and over the first three and a half days of action at Old Trafford’s open prison it looked the case.

Not only are this Pakistan team equipped with a multi-dimensional attack that challenges batsmen through craft, angles, pace and two wrist-spinners but they are also a good few decibels louder than their hosts when hunting for wickets in a pack out in the middle.

They are not the perfect fielding side but what they lack here they make up for in collective aggression and in the ground, where there is no TV hum, relentless cries of “Shabash. Shabash” have echoed around the stands throughout an epic series opener.

These are led by the lively Mohammad Rizwan, a wicketkeeper who clearly relishes the verbal side of the role, while Yasir Shah always brings an additional sense of theatre to his brand of charging, fizzing leg-spin and, in particular, the appeals.

Their reserves have sat perched on their hotel balconies cawing like crows too and at times we have had a couple of diehard supporters outside the ground, one drumming on a dhol and the other, a saxophonist, performing renditions of “Dil Dil” Pakistan. Oh to have been able to open the gates and let them in on the final day. There was certainly room. 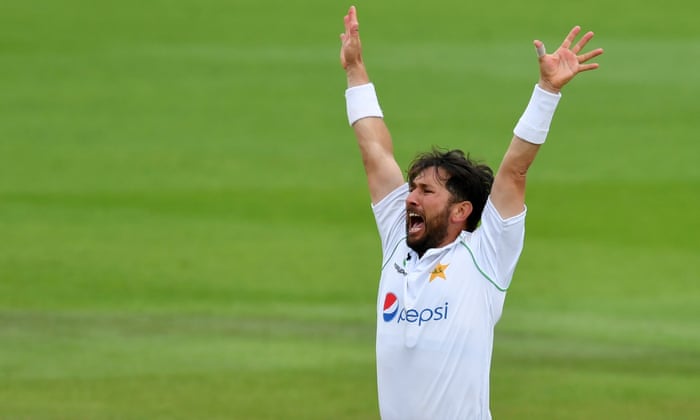 Yet somehow, against the odds and in defiance of a pitch that had turned into a moonscape come day four, two of the more softly spoken members of the England team, Jos Buttler and Chris Woakes, managed to flip this supposed advantage on its head. Coming together at 117 for five, with Ollie Pope freshly dispatched by a brute from Shaheen Afridi that made the remaining 160 runs required look the stuff of fantasy, the pair were able to break the back of a memorable fourth-innings chase slightly freed from a degree of well-meaning pressure.

When Jermaine Blackwood inspired West Indies to a target of 200 in Southampton at the start of this weird old summer, fulfilling a sense of destiny for the tourists before their series fell away, much was made about the absence of a home crowd roaring on the quicks and willing him to fail.

Here it was the other way around, with the vacuum aiding the home side. While Pakistan kept up their swarming, hustling approach, Buttler and Woakes were able to go about their business without 20,000 home fans living and breathing every delivery.

This is not to say there was no pressure at all, far from it. This was a high-class attack pounding away and, in Yasir, a man who has thrived previously in these situations. England knew that stumbling to defeat in their sixth successive series opener would be slapped around their chops in the aftermath.

Though Woakes had already enjoyed another fine Test match with the ball – despite Joe Root’s sometimes curious deployment of him – Buttler was fully aware that his shortcomings with the gloves and the resulting century from Shan Masood that effectively became Pakistan’s first‑innings lead would revive questions over his suitability for the longer format.

But the still atmosphere can only have allowed the pair to breathe a little bit more after the near-misses and keep the adrenaline in check as they compiled their match-winning stand of 139 in 33 overs that joins Headingley 2019 in England’s catalogue of memorable heists.

Pakistan never gave up and Yasir in particular was relentless to the end. But when Woakes squirted the winning runs through the slips at 6.29pm, the cries of the tourists turned to silence and English cheers were, finally, the dominant sound reverberating around the cavernous Old Trafford.