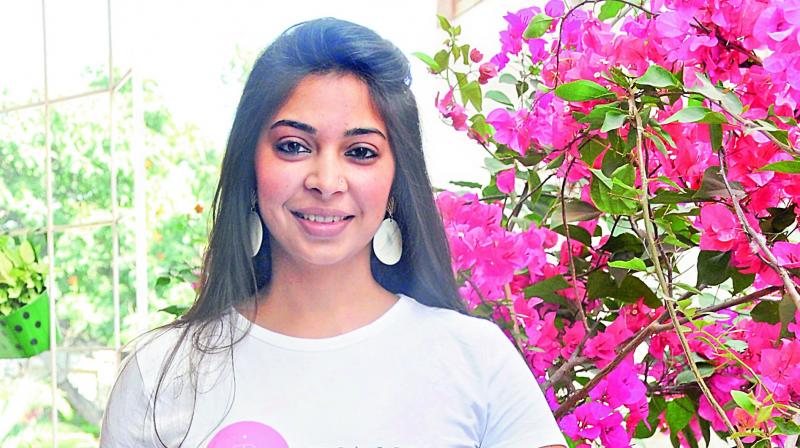 It was around 11 pm one night in July 2017 when Manasi Chaudhari completed her shopping for her 25th birthday, which was just three days away. But as she turned her car into the Jubilee Hills road on which her house stood, her car had feather-touch collusion with another. What ensued was unbelievable.

“Two guys got down from their car and started screaming and hurling abuses at me. They threatened and scared me, banged on my car’s bonnet, doors and window, and broke my car’s side mirror. They were not listening to me even while I gestured that I will park the car by the side and talk to them,” says Manasi, recalling the scary incident. “They even tried to open my car door.”

Manasi, who graduated in B.A.LLB. (Hons.) from the Jindal Global Law School in Delhi, in 2016, tell us that she then clicked a picture of their car’s number plate. This made drove them berserk.

However, Manasi managed to reach home, and told her parents about the ordeal. She wanted to take action, but her parents, fearing a possible retaliation, advised her to forget the episode. How could she not pursue the case to prosecute the boys despite being a lawyer! In 2018 she had assisted Supreme Court Justice D.Y. Chandrachud on three landmark judgments-377 (homosexuality), Sabrimala Temple, and decriminalisation of adultery.  She decided to follow her instinct.

“The next morning, I registered a detailed complaint at the Jubilee Hills police station with the SHE teams using the car number I had clicked an image of. If I had not taken any action, those guys would roam around thinking that it is okay to assault a girl without having to face the consequences of their action. I couldn’t accept that.”

On her 25th birthday, Manasi got a call from the SHE teams, saying that they had nabbed two youngsters. Not imagining that she would ever spend her birthday in a police station, Manasi nevertheless went in to find the two boys sitting there with their heads bent down. They’d offered an unconditional apology.

That was also when she wondered how it would have been had that incident happened to an ordinary girl. “It was then I decided to educate women about their rights,” she recalls.

“The portal would enable and empower women to understand the law and deal with all kinds of violent behaviour.The website, which comes with a dedicated WhatsApp number for women to get in touch for assistance, will facilitate all the information needed around women’s legal rights in a simple understandable format.”

Once a lawyer, Manasi Chaudhari decided her calling was instead in empowering women on their legal rights in the country

Five of the best eco-friendly brands for winter coats