Mr Trump has just started making a statement to the media when he was suddenly marched out of the room. Fox News reporter Elizabeth MacDonald tweeted: “Reports coming in sounds of shots fired at the White House, President just rapidly ended presser.” He then came back into the room, where he confirmed there had been a shooting outside the White House grounds. 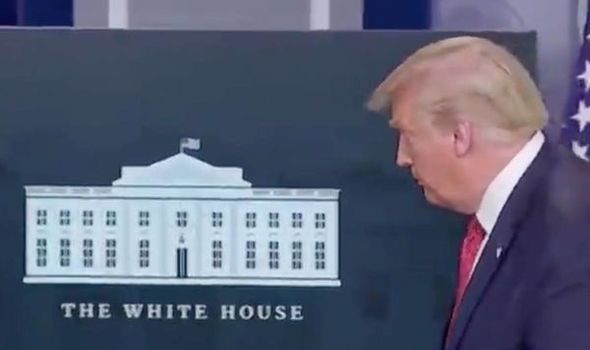 Mr Trump said: “It seems to be very well under control…

“But there was an actual shooting, and somebody has been taken to the hospital.

“I don’t know the condition of the person.”

He added that the suspected shooter was shot by police.