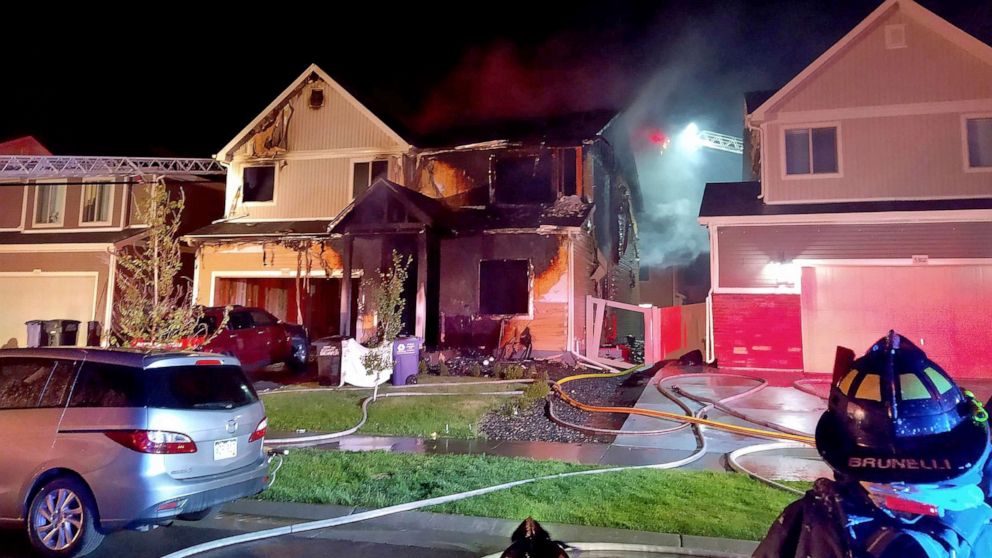 Officials in Denver are offering a $14,000 reward for information on a suspected arson fire that killed five members of a family, including an infant and 3-year-old girl.

Denver Police Division Chief Joe Montoya said Friday that investigators still do not have a motive and are asking for tips from the community as the homicide investigation gets underway.

“The fire appeared to be deliberately set by unknown persons who fled the area,” according to a Metro Denver Crime Stoppers bulletin.

The Denver Fire Department responded to the fatal fire around 2:40 a.m. on Wednesday and discovered five victims on the first floor.

Djibril Diol, Adja Diol, their 3-year-old daughter Kadidia Diol, Hassan Diol and her infant daughter Hawa Beye — all of a Senegalese-American Muslim family — were identified as the victims by police.

The case has rocked the Senegalese community and activists have called for officials to look into whether this was a hate crime.

“Law enforcement authorities must take this suspected murder and arson seriously. Muslims in Colorado may have been threatened by hate-motivated arson before and hate crimes in the state are on the rise,” a statement from the national civil rights organization Muslim Advocates read. “We call on law enforcement to immediately investigate whether the deadly fire in Green Valley Ranch was motivated by hate.”

The Colorado chapter of the Council on American-Islamic Relations similarly urged authorities to investigate whether or not the crime was motivated by bias because “the family members who perished in this tragedy are members of minority and immigrant communities.”

Senegalese President Macky Sall tweeted about the tragedy, saying he offered his deepest condolences to the families of the victims.

Sall also said that he is closely following the matter.

Senegal Consul General Elhadji Ndao flew into Denver on Thursday and addressed the community and media on the case. Ndao said he is confident in the legal system in America and Denver.

“They are models wherever they are,” Ndao said.

Denver Mayor Michael Hancock offered his condolences to the family, adding that he wanted to assure their neighbors and loved ones “that we will move swiftly to determine what caused this tragedy.”

Fire and police officials who responded to the fire later said that they were not able to enter the home because of the intense heat and flames. A spokesperson for the fire department would not say what evidence leads them to believe this is a case of arson.

Three people escaped the fire by jumping from the second story of the suburban home, according to a Denver Fire Department spokesperson. They are not believed to be significantly injured. Their identities have not been made public.

Anyone with information on the fire is urged to contact Metro Denver Crime Stoppers at (720) 913-7867 or submit a tip online.