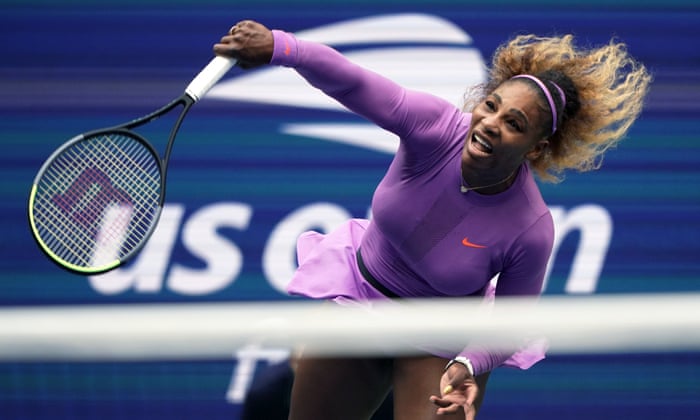 When Margaret Court said goodbye to big-time tennis in 1975 with more grand slam singles titles than anyone in the history of the game, she provided Serena Williams with the sort of challenge champions crave.

And, as the American roared through the record books, it seemed inevitable she would match and eventually overtake Court, perhaps forging on to an unattainable peak. However, what was once merely a mountain grew into the north face of the Eiger.

Williams, who has been marooned just behind Court’s 24 majors for three seasons, turns 39 soon and heads for the US Open at the end of the month knowing she has reached four grand slam finals in eight attempts since becoming a mother – and lost all of them. Her last title arrived in Melbourne in 2017, when she did not give up a set during the fortnight and was already carrying her daughter. She seemed unstoppable. This, surely, was her time. There were plenty of people across the game cheering her on to pass Court – for reasons that had little to do with tennis.

Several of the Australian’s titles came with an asterisk, when the big-name players could not be bothered travelling to Melbourne at what was then the end of the slam season, but that was hardly her fault. She was a magnificent player – although she has not been universally admired in retirement.

Her well-aired views on a range of subjects – from same-sex marriage to politics and religion – appeared obnoxious to many people, and it is a travesty that for 17 years the second arena at Melbourne Park has borne her name. She is no demagogue or slave trader but, as statues to dubious dignitaries tumble elsewhere, the tournament and a disturbingly large number of Australians remain loyal to a religious zealot who seems to have abandoned all Christian charity and understanding.

The clamour for Williams to topple Court grew, but her dominance was fading. Then last summer there were glimpses of her pedigree. She gave 18th seed Qiang Wang 44 minutes of her time and a 6-0, 6-1 thrashing in the quarter-finals at the US Open that suggested she was back to her best, before going on to lose to Bianca Andreescu in the final. Worryingly, she looked more resigned to defeat than she had done when another contender half her age, Naomi Osaka, beat her in the same place a year earlier.

A couple of months after losing to Andreescu, Williams played Wang again, in the third round in Melbourne – and lost. History looked to be weighing her down to the point of exasperation.

Yet, in the unusual setting of a Zoom room in Lexington, Kentucky, on Saturday, Williams sounded as enthused about the new tournament there, her tennis and her life – as well as her return to Flushing Meadows on 31 August – as she did the day she put her foot on the slopes of Margaret Court Mountain a quarter of a century ago.

And, just as Court benefited from several weak fields in her career, so the Billie Jean King Center in Queens will provide as friendly a playground for Williams as she has had in a long time. If she does not win her 24th major this time – her last title at her home tournament was in 2014, when she beat her best friend, Caroline Wozniacki – she might not do it at all.

Williams invariably strolls through the first week of a slam, and this year her path is covered in roses. When the world No 1 Ashleigh Barty decided the pandemic was a risk too far, she was quickly followed bytwo excellent top-tenners and several other contenders, all of them replaced by lesser players. 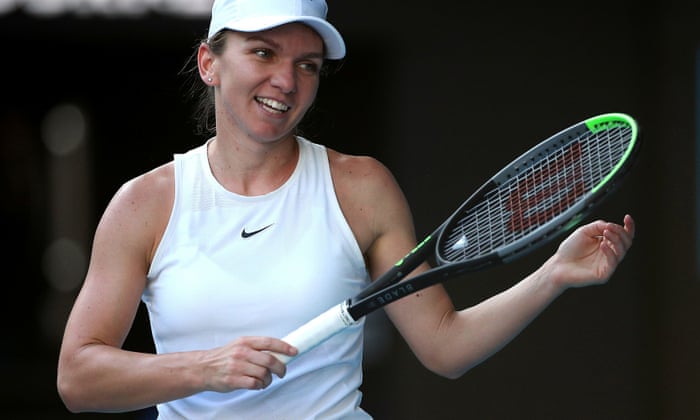 Also gone are No 29 Qiang Wang (No 120 Mihaela Buzarnescu), No 30 Anastasia Pavlyuchenkova (No 352 Vera Lapko), No 34 Saisai Zheng (No 121 Kaja Juvan), No 38 Julia Goerges (No 122 Ysaline Bonaventure), No 74 Zhu Lin (No 123 Viktorija Golubic), No 78 Yafan Wang (unranked Tsvetana Pironkova), No 84 Anastasia Potapova (No 124 Catherine McNally), No 92 Ana Bogdan (No 125 Katarzyna Kawa) and the former champion, Sam Stosur, who has become a mother and retired, replaced by her compatriot and world No 126 Astra Sharma.

Pironkova is an intriguing substitute. The 32-year-old Bulgarian grass-courter put five-time champion Venus Williams out of Wimbledon in 2012 on her way to the semi-finals but has not played since losing to Caroline Wozniacki at the All England Club three years ago.

It is unlikely these will be the last of the changes. Simona Halep is said to be considering staying at home, concerned along with every other European player that they might have to quarantine for two weeks when they return. The Romanian double-slam champion said in Prague on Sunday: “The conditions [in the United States] are tough, so I don’t know yet what I’m going to do.”

And, while it seems inconceivable that the United States Tennis Association would contemplate calling the tournament off for any other reason than the health and safety of the players and staff, this US Open will not look like any other of recent times.

There is no denying the threat to Williams has been seriously diluted. If she does well in the Top Seed tournament in Kentucky this week, she will go back to the scene of some of her most spirit-wrecking disappointments knowing it might be her last visit. Asked on Saturday about her plans for 2021, she smiled and said, “That is just looking too far ahead … I am living for the day and for the moment.”

If Williams wins in New York, she will not worry if there is an asterisk next to her name, downgrading her achievement the way some of Court’s victories were judged retrospectively. She will be looking just for a number: 24. It might be enough to satisfy her soul – or it might spur her on for one more campaign.