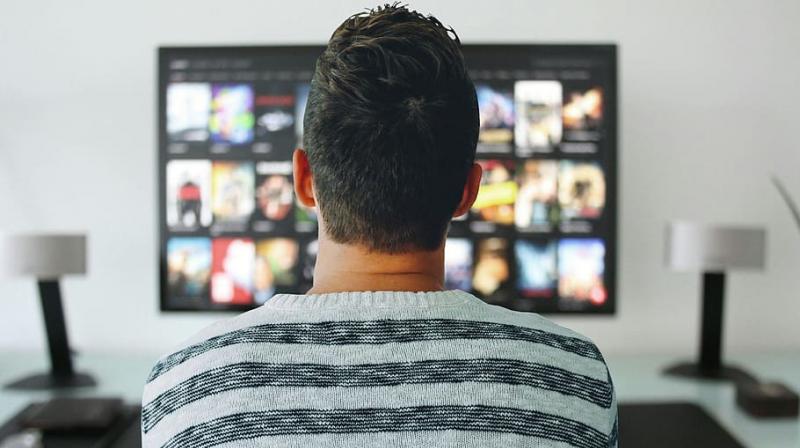 Paris: Disney+ is about to expand its streaming service to Europe just as large swathes of the continent are locked down because of the coronavirus. It had also begun testing in India on the Hotstar platform.

Here are some of the main streamers competing to entertain the millions in COVID-19 confinement across the world.

Netflix: The American giant, which dominates the streaming market, began life in 1998 as DVD-by-mail rental company before dipping into video on demand as a perk for its customers.

It set the template for the monthly subscription model that others were to follow in 2007, and now claims 167 million subscribers in 190 countries.

Netflix has successfully moved into production, with acclaimed films like the Oscar-winning "Marriage Story" and Martin Scorsese's "The Irishman" adding to its mix of mostly bought-in top-end series.

"House of Cards", "Money Heist", "Stranger Things" and "The Witcher" are among its biggest hits.

While series and documentaries have been its bread and butter, the streamer is now moving into game shows, reality TV and light entertainment.

While the e-commerce giant launched its first video service in 2006, it wasn't until four years ago that it really attacked the international streaming market.

It has since courted some of the biggest names in Hollywood and is making a one billion-dollar series adaptation of “Lord of the Rings” to bulk up its catalogue of 12,000 films and 50,000 bought-in television episodes.

Amazon’s hefty archive also includes a number of daily soaps, which have hugely boosted its numbers.

Now available in 200 countries, it claims to have 150 millions subscribers, with the service free to Amazon Prime customers, which also takes in speedy delivery and music streaming.

The service is available for Rs 129 per month in India. Non-Amazon Prime customers must pay 5.99 euros a month in Europe and £7.99 in the UK.

Its biggest hits so far have been the Emmy-winning “dramedy” (comedy drama) series “Transparent”, “The Man in the High Castle” and “The Grand Tour”, where the petrol-head former presenters of BBC’s “Top Gear” hit the road again.

Launched in November in 100 countries, Apple TV is one of the cheapest at Rs 99 in India, 4.99 euros in Europe and $4.99 in the US per month, with a free year’s subscription if you buy an Apple telephone or computer.

But so far it has a limited catalogue, with the emphasis instead put on original programming carried by starry names.

Reese Witherspoon, Jennifer Aniston and Steve Carell star in “The Morning Show”, its TV news drama, and Oprah Winfrey has also been persuaded on board with a new programme of her own.

“Sixth Sense” creator M Night Shyamalan has scored a critical hit for them with his psychological chiller series “Servant”, and Steven Spielberg has signed up for a fantasy horror series called “Amazing Stories”.

Disney+ has swept up 29 million subscribers in North America and Australasia in the five months since its launch in November. Many more are likely to follow from Tuesday when it pushes into seven European countries with France to follow on April 7.

At 6.99 euros a month (£5.99 in the UK), it is aimed squarely at families with a plethora of Disney classics as well as the Marvel and “Star Wars” franchises.

Disney also holds a majority stake in streamer Hulu, which scored a hit with “The Handmaid’s Tale”.

Already well-anchored in the US and Japan—where it has 30 million subscribers—plans are afoot for a European expansion, a Disney executive told AFP.

The US cable network responsible for some of the most acclaimed television of the last 20 years—from “The Wire” and “The Sopranos” to “Game of Thrones”—will start streaming in May in America.

HBO Max will cost $14.99 a month in the US for a rich catalogue that includes the Warnermedia empire and classic shows like “South Park” and “Friends”.

It will later expand into Europe and Latin America.

The arrival of two American entertainment heavyweights, NBCUniversal and WarnerMedia, could change the streaming game in the US.

NBCUniversal will begin its roll out of Peacock next month with 15,000 hours of shows like “Downton Abbey”, “Will & Grace” and “Law & Order” leading its deep series archive that goes back to the 1980s.

With a free and premium version for $5 a month, it will be paid for with advertising, which Peacock said will be limited to five minutes an hour.

Viewers must pay another $5 to go ad-free, with the service tapping into the Sky network’s programmes and films in Europe.

Several free-to-air streamers are also in the mix, led by Tubi—which styles itself as “the Free Netflix”.

It relies on advertising, but Tubi told AFP that ads would be limited to three or four minutes an hour as it expands into Europe, Asia and Australia.