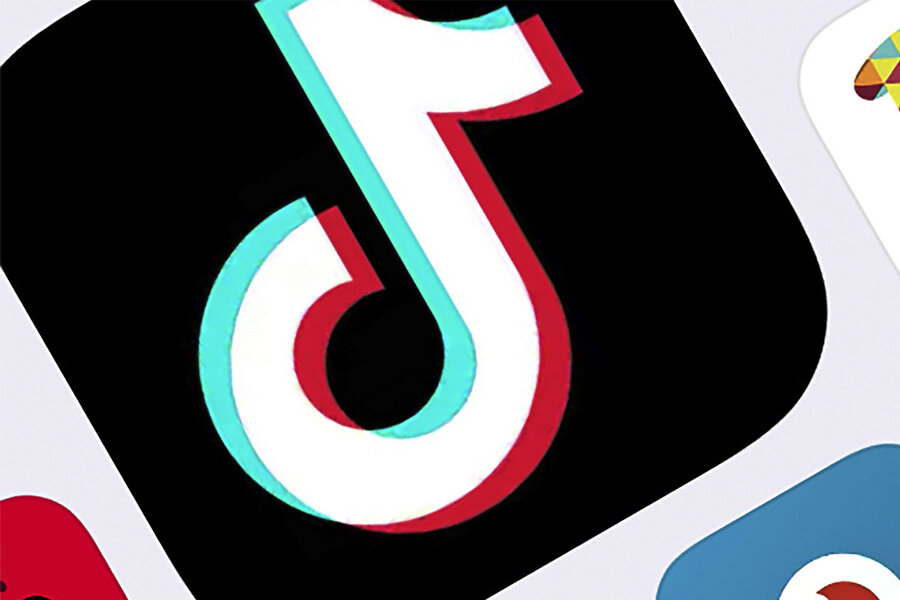 Alyssa Bigbee, an acrobatics instructor in Philadelphia, downloaded TikTok last December to post videos of her students performing. For her – like its millions of other users – the app was something of an internet playground, filled with endless videos offering 15-second fun.

But that would soon change.

During the George Floyd protests at the start of the summer, Ms. Bigbee had noticed countless Americans asking how to be a white ally. She had an answer, so she posted it on TikTok. More than 150,000 people watched it.

“I never thought I would get 10,000 followers from talking about racism,” she says.

This year, millions of people around the world took to social media for entertainment during lockdowns, helping video platform TikTok become one of 2020’s most downloaded apps. In months, it has gone from an apolitical teen utopia to an emerging activist platform and possible security threat – with the Trump administration recently threatening to ban the app if its Chinese parent company doesn’t divest ownership to an American firm.

As its users and owners race to adjust to the White House’s threats, social media experts say TikTok’s dramatic shift is another example of cyberspace colliding with the real world.

“When young people see the organizing that they do online can have an impact on what’s happening offline, then they feel more encouraged to vote and get involved in electoral politics,” says CedarBough Saeji, a visiting assistant professor of East Asian languages and cultures at Indiana University Bloomington. “This is a crucial moment for them to think about the impact of politics on their lives.”

Tuning in, tuning out

The app has begun to change as users like Ms. Bigbee started using it for activism. Ahead of President Donald Trump’s June rally in Tulsa, teens used the app to artificially inflate the expected attendance. Others are confronting white supremacy by using the app to organize demonstrations and communicate about racism.

Yet among social platforms, TikTok seems one of the least likely for political activity. It plays tailored feeds of memes, lip-syncing, dance challenges, and other bite-size diversions – most intended for its young user demographic. Often set to music, the app’s 15-second videos tend to entertain rather than inform.

Owned by Chinese parent company ByteDance, the app also has a reputation for removing controversial content. In late 2019 a teen’s account was suspended after she criticized the Chinese government for its treatment of Uyghurs in Xinjiang province. Last December, TikTok admitted that it had policies suppressing videos of people with disabilities, people with neurodiverse conditions, obese people, and members of the LGBTQ community. (These policies have changed, according to a spokesman.) Many users now say videos with #blacklivesmatter are getting targeted.

Other outspoken users have accused TikTok of “shadowbanning” them – or making their posts invisible to anyone outside their followers.

While TikTok’s activist culture is global, it’s found a special resonance in the U.S. during the George Floyd protests. In the past few months, politically minded young people have taken to the app, using hashtags such as #blacklivesmatter billions of times.

“Young people are really good at – I don’t want to use the word hacking – but using social media in unique and unexpected ways,” says Dhiraj Murthy, a sociologist at the University of Texas at Austin.

Those strategies include intentionally misspelling sensitive words, avoiding certain hashtags, and using symbols to sneak past censors. TikTok users have adapted their activism to the app, developing a distinct etiquette and language.

In the process, TikTok is finding a niche among other activist-oriented media, such as Facebook, Twitter, and YouTube. Its particularly arresting videos help catch the attention of today’s distracted culture, says Professor Saeji. And in a world of unlimited content, catching people’s attention can matter.

Ms. Bigbee, the acrobatics instructor, has seen it matter firsthand. She and a network of “virtual allies” on the app have coordinated posts about Black Lives Matter protests and spread information about the challenges faced by certain ethnic groups, such as Native Americans. Some of those efforts have reached tens of thousands of users, she says.

“I credit TikTok and a mixture of the quarantine for why BLM blew up so wide,” says Ms. Bigbee.

When it comes to raising awareness about issues related to race, the numbers on TikTok often speak for themselves – just ask Anastasia Achiaa.

Late this May, Anastasia, a high school student in Uxbridge, Massachusetts, posted a poem about her experience with stereotypes of Black women. In two months, it’s gotten more than 2 million views, and helped bring Anastasia’s account from relative obscurity to nearly a quarter of a million followers. Since then – even in the face of repeated shadowbans – Anastasia has continued posting on politically relevant issues. For her, TikTok’s adolescent activist culture is a sign that her generation is continuing the tradition of civil rights activists who came before.

Whether it’s sharing problems while dancing to a catchy song; answering questions about race, gender, sexuality, or politics; or describing one’s culture and history, such action can take many forms and reach millions of users worldwide.

TikTok has “allowed a lot of the younger generations to really connect and spread awareness just like wildfire,” says Luana, who has 14,000 followers. Asking to go only by her first name for privacy reasons, Luana uses the app to share Hawaiian culture and history.

“It’s nice to know that my voice is actually being heard and people are starting to understand more about our culture,” she says. “That’s all we want. Even if it’s just one person, I’m happy that I was able to help them.

But with concerns over potential Chinese interference, TikTok activism may come with particular risks – such as improper data use or misinformation campaigns. India, once the app’s largest user base, instituted a ban in June.

The evidence for these threats is mixed, says Samm Sacks, a cybersecurity fellow at the think tank New America and a senior fellow at Yale Law School’s Paul Tsai China Center. Still, on July 31, President Trump announced he planned to ban the app from the U.S., which he said he could do through emergency powers or an executive order. Mr. Trump later relaxed his threat, saying the deal can go through if TikTok finds a buyer by Sept. 15 – but only if the U.S. government gets a cut.

Even if the app dodges a ban, for Microsoft to purchase the company under pressure from the U.S. government still represents “an unprecedented move in the way that you have state control over internet platforms,” Ms. Sacks says.

But even if TikTok were banned, says Professor Murthy, its users would likely adapt.

“If the political will is there in terms of an activist momentum, it’s going to find steam in another platform if the platform is taken away from them,” he says.

Ms. Bigbee, who says she and other users are already planning to spread their activism to other sites – such as Twitter, Instagram, YouTube, or even creating their own websites – agrees: The movement is bigger than the medium.

“I just hope that everyone knows that this is not the end,” she says. “TikTok was not the place for activism, but we got creative and turned it into that. That just shows that that can happen in any space they enter, even if this app was gone.”