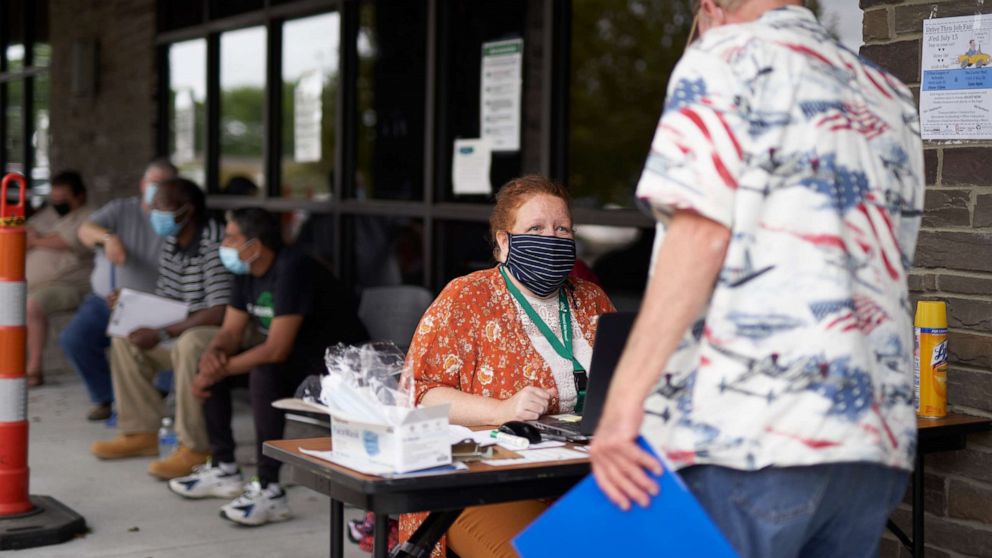 As the end of the extra $600 a week in pandemic unemployment insurance looms large, some economists worry that the uncertainty over its extension alone could dampen consumer spending and prolong the recession.

The additional $600 a week in unemployment insurance was a part of the federal CARES Act, but is set to expire at the end of July. While lawmakers are debating how to keep additional financial assistance flowing for the millions who remain out of work due to the pandemic, at present it doesn’t seem like an extension will be passed before the expiration date.

If Congress does fail to act before July 31, some 25 million Americans will get their last expanded unemployment checks this weekend.

A team of economists at investment bank Morgan Stanley argued in a report on Thursday that the uncertainty over whether more aid will come for the unemployed is significantly hurting consumer spending, a key for economic recovery as a whole. Even though those who lost their jobs may eventually end up getting more money if Congress acts, the dramatic uncertainty about the future may still lead to consumers saving rather than spending.

The loss of consumer confidence and spending can ultimately cause the recession to be longer and the recovery slower, the economists argue.

“Importantly, how households feel about their future finances tend to dictate how consumers spend today. This uncertainty will manifest in households that will need to shift spending into savings,” Morgan Stanley economists Sarah A Wolfe, Ellen Zentner and Robert Rosener wrote in their findings.

“Uncertainty over the sudden loss of supplemental benefits may have a lingering impact on the savings/spending trade-off,” they added.

The team called for urgent action from Congress, saying, “another aggressive fiscal response is urgently needed that focuses on financial relief for households.”

“Without action, another plunge in confidence and a longer recession is likely to occur,” they added.

In a separate report published Thursday, analysts at Moody’s Investor Services agreed, noting that a pullback or reduction in federal aid “would hurt a broad range of consumer-facing sectors.”

“Most notably, the termination of the $600-a-week supplemental federal unemployment insurance (UI) benefits on July 31 would create an income cliff for unemployed workers,” the report added.

The economists noted that the one-time stimulus checks and the supplemental unemployment insurance benefits have supported a recovery in household spending since mid-April, especially among lower-income workers.

They also argue that it is “unlikely that the strong consumption recovery in May and June would have occurred without the CARES Act relief measures.”

The analysts say the longer it takes for this situation to normalize, the more fiscal support will be needed to prevent lasting damage to the economy.