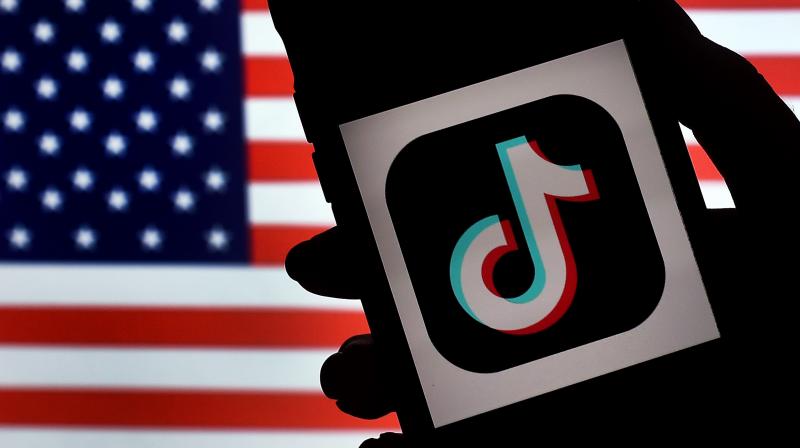 Washington: President Donald Trump has demanded that the US treasury get a substantial chunk of the TikTok sale proceeds, as he set a September 15 as the deadline for the popular Chinese short video app to be out of business in the country unless it is bought by an American company.

Trump was speaking to reporters at a White House news conference on Monday, hours after he announced the deadline for TikTok to stop operations in the US.

Technology giant Microsoft is in talks with TikTok’s parent company ByteDance to buy its US operation. However, the president is in favour of a complete 100 per cent purchase and not the 30 per cent as reportedly being negotiated now.

“The United States should get a very large percentage of that price because we’re making it possible. Without us, you know, I use the expression, it’s like the landlord and the tenant. And without the lease, the tenant doesn’t have the value,” Trump said.

Earlier in the day, Trump said that TikTok will close down on September 15, unless Microsoft or somebody else is able to buy it and work out an appropriate deal.

He also spoke to Microsoft’s Indian-American CEO Satya Nadella on the matter.

Redmond-headquartered Microsoft, in a statement on Sunday, said that following a conversation between Nadella and Trump, it is prepared to continue discussions to explore a purchase of TikTok in the US.

Microsoft will move quickly to pursue discussions with TikTok’s parent company ByteDance in a matter of weeks and will complete these discussions in any event by September 15, it said.

India’s recent decision to ban TikTok and other Chinese apps have stirred a national debate in the US and there has been increasing demand in America to follow suit.

India in June banned 59 apps with Chinese links, including TikTok and UC Browser, saying they were prejudicial to sovereignty, integrity and security of the country.

TikTok, Trump asserted, has to be an American company.

“I will tell you, there’s a lot of excitement, not only by Microsoft, but by other companies in terms of buying it. So, we’ll see what happens. But we want and we think we deserve to have a big percentage of that price coming to America, coming to the treasury,” Trump said in response to a question.

Earlier in the day, White House trade adviser and assistant to the president, Peter Navarro, said that TikTok poses a security threat to the country.

“The Chinese Communist Party may know where your children are. That’s essentially the problem. You sign up for a Chinese app like TikTok, they get your user name and password, maybe if you use that across other applications, they’ve got that,” he told CNN in an interview.

Microsoft, he said, is one of four or five American technology companies, Yahoo, Google, Sysco and others, who helped China originally build their great firewall, which is used to surveil, track, monitor, sensor and imprison the Chinese people.

“But, more importantly, one of the few surviving search engines from America in China is Bing, and Microsoft owns that. So you know that there’s some fishy stuff going on there,” he said.

“If you’re in China and doing a Skype call, which is another Microsoft product, the CCP (Chinese Communist Party) is listening in. So the question is: Is Microsoft going to be compromised? Would it be useful to have a rule if you sell it that maybe Microsoft could divest its Chinese holdings, and then we (would be) more comfortable,” he said.

“While we remain deeply concerned with TikTok, such concerns extend beyond the popular short-form video app. For example, we recently learned a retail store partnered with DeepCam LLC, a company with links to China and its authoritarian government, secretly to deploy facial recognition technology at hundreds of locations, collecting information on countless Americans,” they wrote.

“Additionally, we know companies like Shenzhen Hawk, a subsidiary of Chinese conglomerate TCL, develop and offer apps with spyware and malware designed to harvest user data and send it back to China,” the leaders wrote. PTI LKJ AKJ

Earlier Monday, ByteDance founder Zhang Yiming acknowledged the hefty pressure and said in a letter to staff, reported by Chinese media, that they were working around-the-clock “for the best outcome.”

However, he said, the company faces “mounting complexities across the geopolitical landscape and significant external pressure.”

He said the company must confront the challenge from the United States, though “without giving up exploring any possibilities.”

According to Britain’s The Sun newspaper Monday, as a possible consequence of the pressure, ByteDance is planning to relocate TikTok’s global operations to Britain.

“This goes against the principle of market economy and exposes the hypocrisy and typical double standards of the US in upholding so-called fairness and freedom,” he added.