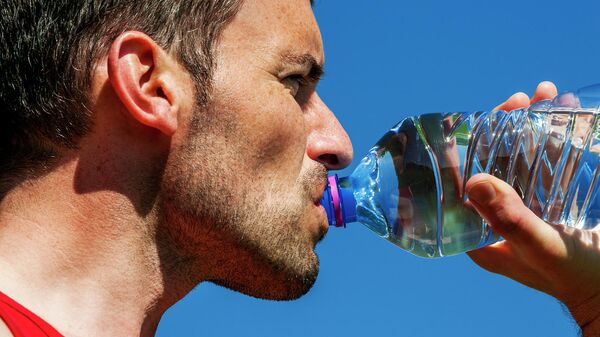 Alfia Enikeeva. Judging by the experiments, low crime rate and suicide may be associated with the concentration of lithium in drinking water. Experts said: the more, the fewer crimes in the region. Does the plumbing for mental stability, understood to RIA Novosti.

In the late 1980s, the American experts to study the composition of drinking water in 27 counties of Texas. The analysis showed that in areas where tap water a lot of lithium, much less suicides, murders, robberies and arrests associated with the sale and use of drugs. The difference is statistically significant even after adjustment for population density.

These findings resonate with other research on the positive effects of lithium on patients with aggression or suicidal. However, they took a higher dose of at least 200 milligrams a day. And the concentration in drinking water should not exceed one milligram.

However, in 1994, scientists from the University of California, San Diego (USA) showed that even 400 micrograms (0.4 milligrams) of lithium per day, significantly improve the mental condition of the person. After a four-week course by former addicts and people who are inclined to violence, was calm and showed no aggression.

It turns out that this trace mineral via tap water could affect the level of violence in a particular neighborhood or city.

When it is useful to drink

Ten years later, a hypothesis in some degree confirmed by Japanese scientists. They analyzed the water in the 18 municipalities of Oita Prefecture (population about one million people), and then compared the data with the number of suicides in these areas.

It turned out that even the relatively low concentration of lithium — from 0.7 to 59 micrograms per litre — reducing the number of suicides. The positive effect of such small doses, likely due to the constant use of water for many years, the authors of the work.

To similar conclusions came and Austrian specialists. They drew attention to the fact that in the ten districts of the country with the highest concentration of lithium in tap water in year there are 11 suicides per hundred thousand population. And where lithium is critically low, — 16.

In addition, small doses of this element in drinking water can protect against Alzheimer’s disease and other forms of dementia. Danish scientists have collected and analyzed data about the lives of eight thousand people. In addition, they studied the water samples taken at 151 waterworks in Denmark, and tried to identify the effects of lithium on people suffering from senile dementia. The sample was 74 thousand people.

It turned out that the high concentration of trace mineral reduces the risk of dementia, and the average, on the contrary, increases. So, 5,1-10 micrograms per liter of water for daily consumption increase the likelihood of dementia by 22% in comparison with the two to five micrograms. However, those who drink the water of 15 micrograms per liter and more, the risk falls to 17%.

Add lithium to tap water to prevention of Alzheimer’s disease prematurely, the authors of the work. First, it is unclear what concentration to use. Second, high doses can be toxic.

Still, there are benefits

In 2017, an international group of scientists examining data of 3.7 million people and comparing them with the concentrations of lithium in samples of tap water, found no correlation with the level of violence in the region. The researchers made a cautious conclusion: if the water is less than 31 micrograms lithium per liter, there is no impact on aggression, crime and suicides he has not.

Three years later the British experts have received the opposite results. They analyzed nine works whose authors several years studied this issue in the UK, USA, Austria, Greece, Japan and Lithuania. Just field of view was 1286 settlements. It turned out that a higher natural lithium content in the water reduces the risk of suicide, and this is true for both women and men.

However, scientists note that to talk about causal relationships too early — more research is needed. Only under this condition it makes sense to discuss the purposeful addition of lithium to the water.