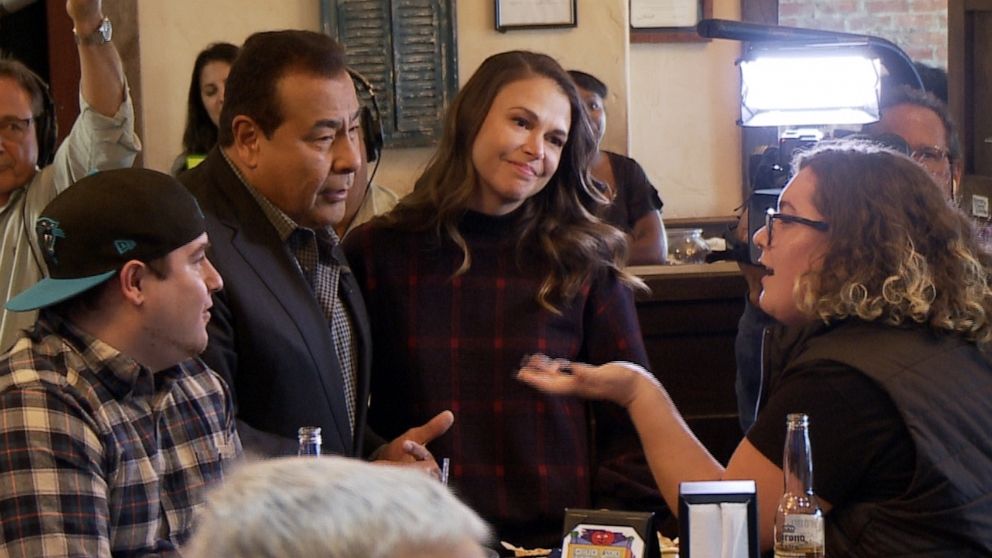 Tony Award-winning actor Sutton Foster used her “Younger” character’s unconventional experience tackling age discrimination in the workplace to help guide a real-life “What Would You Do?” scenario.   In the television series, Foster plays a 40-year-old divorcée who pretends to be 26 years old in order to get a job at a book publisher.   “It’s been an interesting show to be a part of as I’m navigating my own second act,” Foster told John Quiñones while filming the “What Would You Do?” episode.   “I grew up playing the girl with the bags in her hands and the big dreams,” she said. “But there’s also a reality: I’m not going to play that role anymore.”

Age discrimination, although prohibited in the workplace by federal law, persists and isn’t exclusive to any one industry or career type, often leaving older job seekers discouraged when looking for new employment. In April 2020, the Supreme Court ruled in favor of making the process easier for federal employees aged 40 and over to sue for age discrimination.

During her conversation with Quiñones, Sutton said she’s “not afraid to get older” in her career as an actor.   “There’s something to learn from both generations,” she said. “We have so much to offer each other.”   Quiñones spoke with Foster at the Blue Moon Mexican Café in Englewood, New Jersey, where they watched as hidden cameras captured how people reacted when they overheard actors portraying a bar manager discriminating against job applicants based on their age.

Actor Diana Henry played a female applicant while actor Sarah Donnelly played the manager.   When Henry first approached the bar to inquire about a job listing, the restaurant manager greeted her with a less-than-enthusiastic welcome.   “I am not sure if you’re going to be the right fit for this,” Donnelly said in the scripted conversation. “I mean, it’s a very fast-paced environment on the weekends.”

“I’m sorry,” the patron told Henry. “I’ve interviewed people at my job before, and I know that you’re not allowed to ask that question.”   Throughout the day, a few other customers even suggested reporting Donnelly for violating her rights by discriminating against her.   Other customers defended Henry after hearing the manager ask, “How’s your balance?”   One person interjected and confronted the manager by saying, “How could you even speak to someone like that? That’s disgusting.” The person questioned Henry as well, asking if the actor even wanted to work with “people who stand for those values.”   The same scenario was then repeated with a male job applicant, played by actor Michael McKenzie. One customer, who became frustrated with the manager’s treatment of the job applicant, said he decided to wait until the job seeker left to call the bar’s owner.   “I was going to say, ‘Listen, I don’t know what happened in there, but that’s wrong and they’re lucky you don’t sue them. But this is wrong, so let’s see if we can correct it,” the customer later told Quiñones.

As the day continued, Quiñones and Foster watched as customers defended both job applicants.   Although Foster said she has not personally experienced age discrimination, she said she hopes the segment “teaches people to take a second before you judge someone.”   “I think we’re very quick to think we know who a person is based on how old they are or what they know or what they don’t know,” Foster said.   Tune in to “What Would You Do?” Tuesdays at 10/9c on ABC.