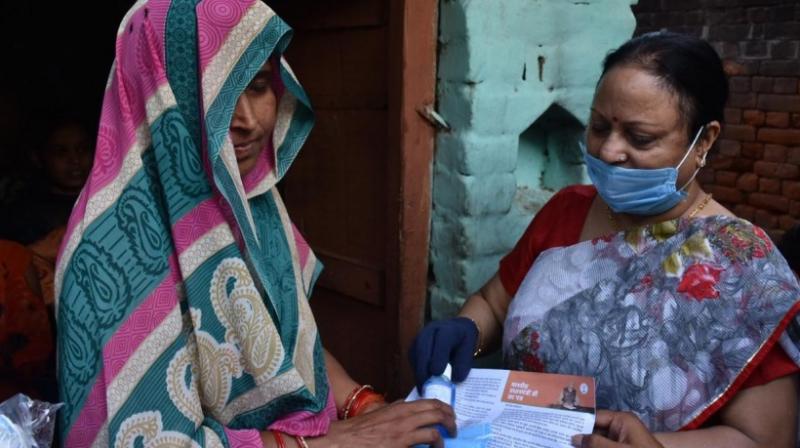 Kamal Rani, the first minister in Uttar Pradesh to die after contracting coronavirus, was 62. She had comorbidities including diabetes, hypertension and hyperthyroidism, a senior doctor at the hospital said.

On July 18, the minister had tested positive for coronavirus and was admitted to the Shyama Prasad Mukherjee Hospital here. She was later shifted to the Sanjay Gandhi Postgraduate Institute of Medical Sciences (SGPIMS).

In a statement issued here, SGPIMS Director Dr RK Dhiman said the minister "suffering with fever, cough and breathlessness was admitted to SGPGI after being detected COVID positive on July 18. She also had comorbidities in the form of diabetes mellitus, hypertension, and hypothyroidism. She had bilateral pneumonia at admission and was shifted to ICU on the day of admission itself because of high oxygen requirement."

The statement further said, "Later she required non-invasive ventilation (NIV) with high oxygen requirements. On evaluation she had all the features of severe disease and she was given Inj. Remdesevir followed by Tocilizumab following which she had transient improvement in her clinical status for few days but again her condition started deteriorating with progressively increasing NIV and oxygen requirements".

She was immediately transfused with convalescent plasma and steroid doses were hiked, the statement said, adding that expert advice from Prof. Randeep Guleria, Director AIIMS and Prof Ritesh Agarwal of PGIMER, Chandigarh was also taken.

"However, she had progressive severe disease unresponsive to maximal medical therapy. She was put on mechanical ventilator on August 1 but she continued to deteriorate with hypotension and multi-organ dysfunction and succumbed to her illness on August 2 morning at 9:30 am," Dhiman said.

Meanwhile, UP Chief Minister Yogi Adityanath has expressed grief over the minister's death.

In a condolence message issued here on Sunday, Adityanath said, "Kamal Rani Varun died on Sunday at around 9.30 am. She was an experienced and capable leader. She discharged her responsibilities with competence. She was a dedicated public representative, who was always working for the welfare of deprived and oppressed sections of the society."

Currently, Kamal Rani was MLA from Ghatampur in Kanpur. In the past, she was also a Member of Parliament in the Lok Sabha twice.

Born on May 3, 1958, Kamal Rani was among the 18 members inducted in the council of ministers headed by Adityanath on August 21, 2019, the first such reshuffle since the BJP government came to power in March 2017.

Kamal Rani was the only woman cabinet minister in UP following Rita Bahuguna Joshi's resignation after getting elected to the Lok Sabha.

Meanwhile, in a statement issued here on Sunday, principal secretary Jitendra Kumar said, "The national flag will be flown at half mast in the state capital, and in the district on the day of cremation."