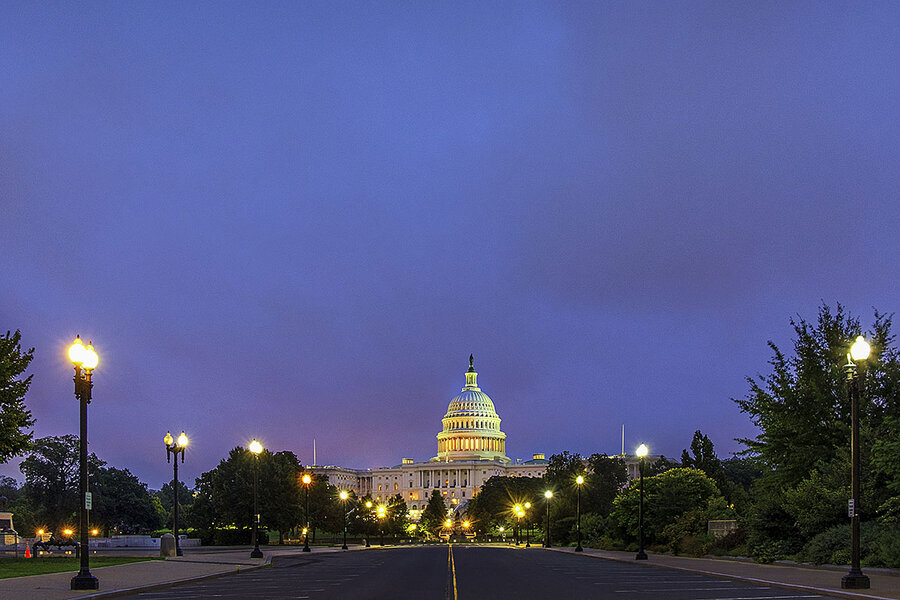 The political brinkmanship “introduces a big increase in uncertainty,” says Nicholas Bloom, an economist at Stanford University’s graduate business school. “The worst thing is that they wait until Labor Day [to reach a deal] and then backdate the checks,” he adds. The longer the impasse continues, the greater the economic damage. And there’s less relief bang for the buck, he adds, a little like advertising Christmas toys in January.

Politicians on both sides of the aisle acknowledge the need for more relief. In May, the Democratic-controlled House passed a $3 trillion-plus relief bill. Late last month, Senate Republicans unveiled a $1 trillion plan. After talks between House Democrats and the Trump administration collapsed this past Friday, President Donald Trump on Saturday signed a set of executive orders intended to keep some aid flowing to the unemployed.

While challenging to implement and constitutionally questionable – Congress, not the president, holds the power of the purse – the executive orders illustrate the White House’s sense of urgency. On Sunday, both Treasury Secretary Steven Mnuchin and House Speaker Nancy Pelosi signaled they could restart negotiations sooner rather than later. “Right now, we need to come to agreement,” Ms. Pelosi told Fox News.

The urgency stems from mounting evidence that the recovery is faltering. Last month, the U.S. created only a little over a third of the new jobs that it did in June. Unemployment remains above the worst levels of the Great Recession. Consumer spending, according to various measures, appears to have flatlined since mid-June.

Policy continuity is one important way to battle such uncertainty. “No matter what policymakers decide to do, it’s always good to know what’s going to happen in advance,” says Rachel Greszler, an economist with the Heritage Foundation in Washington.

One key area of contention between Democrats and Republicans is over special unemployment benefits. In March, Congress passed a huge relief package that included $600 a week in additional benefits to the unemployed who were already receiving state aid. Studies suggest this had a huge positive effect on the economy, allowing spending by low-income households to rebound smartly despite the loss of jobs. But it also created a controversy.

Thanks to the extra money, some two-thirds of recipients were getting more money from unemployment than they were when they were working, according to one study. Republicans charged the benefits were discouraging the unemployed from going back to work. Their $1 trillion or so relief package cut those benefits to $200 a week. Democratic leaders want to keep the level at $600, contending there were not enough jobs in hard-hit sectors like hospitality for everyone to go back to work.

The continued flow of federal money would help unemployed low-income workers who are dealing with a future clouded by everything from job prospects to school reopenings to evictions, says Mike Leyba, director of development for City Life/Vida Urbana, a tenant advocacy group in Boston. “People are overwhelmed right now with a sense of uncertainty. And this uncertainty, it permeates every part of their life.”

Economists across the ideological spectrum are suggesting compromise measures that would target the money more precisely. Ms. Greszler, of the conservative Heritage Foundation, has proposed a 40% federal match to state unemployment aid, with the idea of getting total benefits to around 70% of what the jobless previously earned – a level that would be gradually reduced over time. Former Obama administration officials Jason Furman and Timothy Geithner have suggested a $400 per week payment, which would fall as the state’s unemployment rate drops.

Another key program – forgivable loans to small businesses – garners more bipartisan support. Despite criticism that the Paycheck Protection Program (PPP) is overly complicated and sometimes aided foreign businesses, the $660 billion relief nevertheless helped boost the expected survival rate of a business by a huge 14 to 30 percentage points, according to a recent study.

The aid tended not to flow to the neediest businesses, according to the same study. It’s not clear whether that’s a bad thing, says Christopher Stanton, an economist at Harvard Business School and coauthor of the study. The neediest firms are the most likely to fail during a downturn and firms that looked stronger in the spring may have been weakened as the recession rolled into summer.

Despite constantly changing rules, a PPP loan helped Kim Davis when her Cypress Elite Dance Studio in Tomball, Texas, had to close in mid-March because of a statewide lockdown. She was able to keep all of her employees and pay them through the spring. Having reopened May 18 and relying on a combination of video instruction and live, socially distanced classes, she says she’d definitely consider another PPP loan if a new round of funding is approved by Congress. Receipts are down. Fall registration is so far only a little over half of last year’s level. Her level of optimism or panic varies by day.

But the biggest cloud on her horizon is not policy related. It’s the possibility of another lockdown in the face of a surge of coronavirus cases in Texas, she says. “My big fear is going to be that they shut us down.”