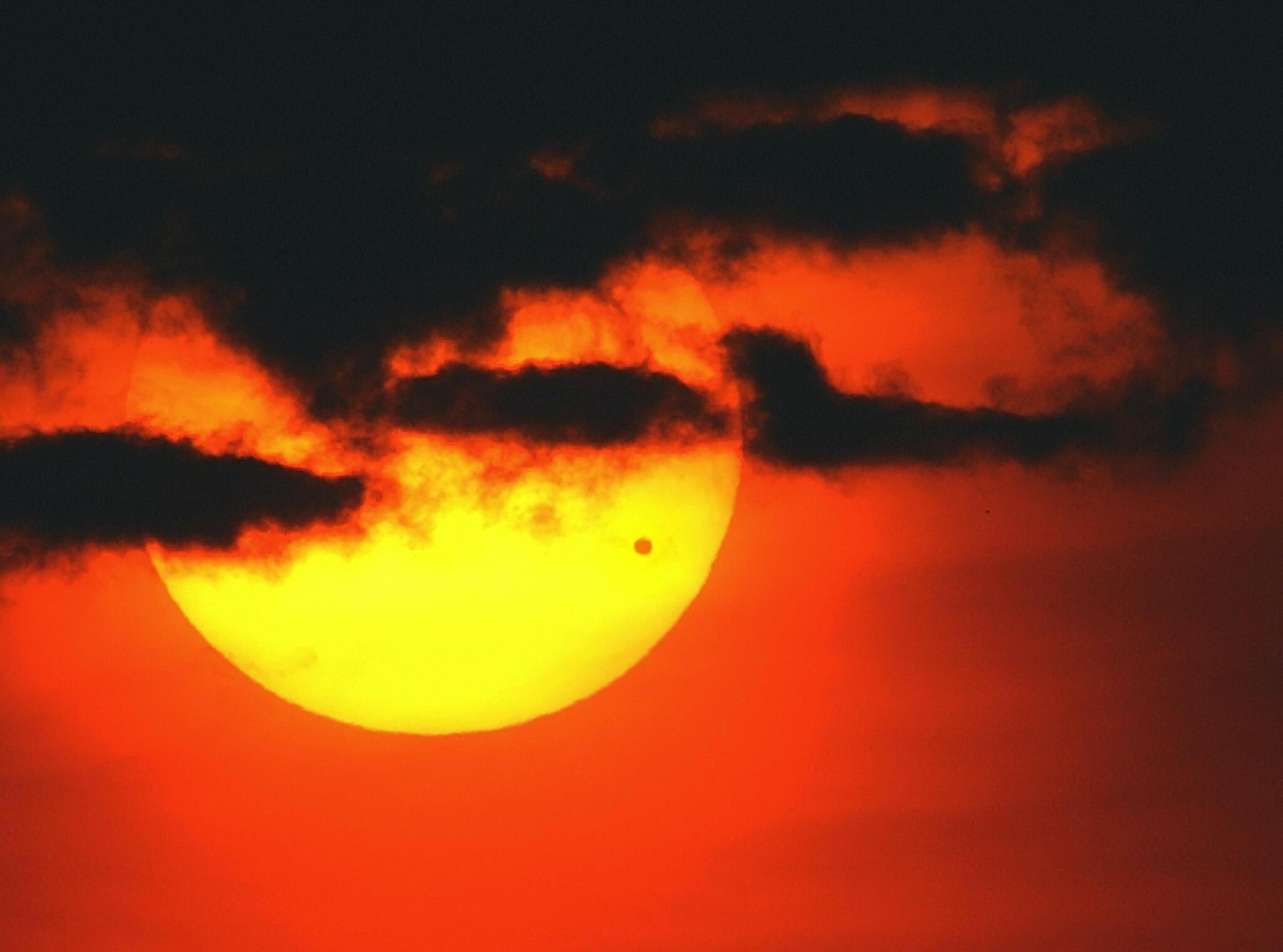 A huge cloud, unlike anything seen elsewhere in the solar system, has been spotted on Venus.

The “atmospheric disruption has been hiding in plain sight, unnoticed for 35 years, according to the researchers who found it.

It has now at last been discovered, propagating about 50 kilometres above the surface, in the swirling clouds that make up what we can see of Venus.

In some ways, Venus looks a lot like Earth, so much that it has been described as a sibling: it has a similar size and volume to our own planet. But its atmosphere is totally different, with a surface at 465-degrees Celsius and an incredibly thick atmosphere made out of Sulphuric acid.

Those clouds regularly behave in ways that are not seen on other planets in the solar system.

Th latest of those is the “atmospheric disruption” that can sometimes stretch 7,500 kilometres across the planet. The wall of acid clouds has been sweeping across the planet over a period of five days – and has been doing so since at least 1983, researchers have found.

When researchers first saw it, they noticed that it looked like an atmospheric wave, but one that swept across much of the planet. It is the first of its kind to be spotted, hanging at such low altitudes.

That in turn could help answer other questions about Venus. It was found in a region that is responsible for the greenhouse effect that makes Venus so unusually hot, and the waves could help show how the surface and the atmosphere connect up, which scientists remain unclear about.

“Provided that this disruption is not visible at 70 kilometers height where the cloud tops are, confirming its wave nature would be of critical importance,” said Javier Peralta, a researcher at the Japanese space agency JAXA who led the study.

“Since we may have finally found a wave able to transport momentum and energy from the deep atmosphere up to to the upper clouds where it would dissipate. It would, therefore, deposit momentum precisely at the level where we observe the fastest winds of the so-called atmospheric super-rotation of Venus, whose mechanisms have been a long-time mystery.”

Researchers then picked through historic images of Venus, and found evidence of it in pictures more than 35 years old. Despite the fact it has been around for decades, researchers have been unable to mimic its behaviour in their models of the planet, making it difficult to understand where it may have come from and how it could be formed.

Researchers hope further information will help dispel that mystery as they look at more observations of the planet through equipment such as Nasa’s Infrared Telescope Facility. The new research was done by using infrared images taken from JAXA’s Akatsuki orbiter, and has been published in Geophysical Research Letters.