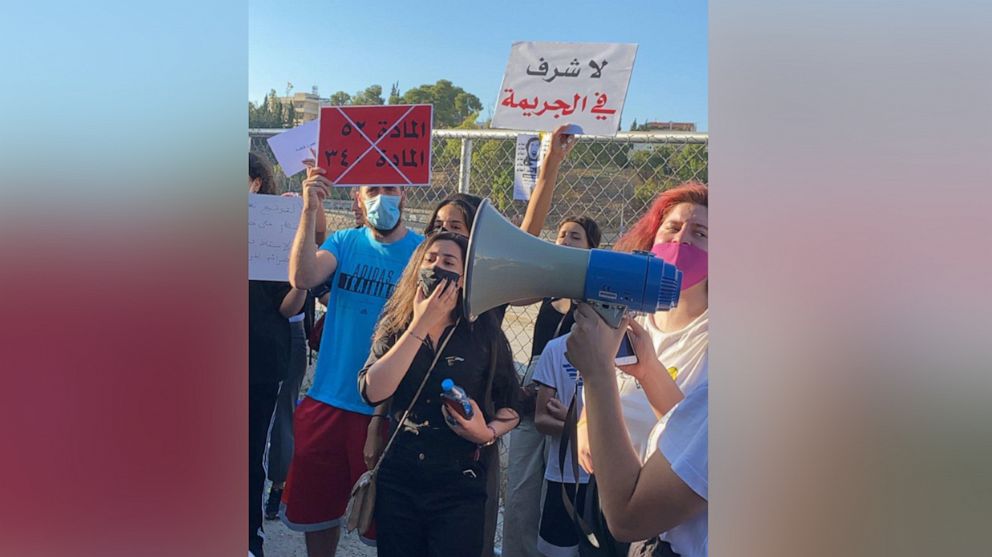 A video of a woman screaming for help while being beaten to death with a brick by her father and brothers in a so-called “honor killing” in Jordan last Friday has sparked outrage across social media and among Jordanian activists.

The woman, Ahlam, divorced and in her late 30s, had recently been returned to her family after being placed in a women’s detention facility for complaining about being a victim of domestic abuse, advocates said.

“This is not the first time, and it sadly won’t be the last,” said 31-year-old activist Fatin Otoom. “The mother did nothing … she made her husband a cup of tea and he drank it with his daughter’s blood still on his hands.”

Due to the coronavirus lockdown, many nations have seen upticks in domestic abuse, including Jordan. In 2020, there have been nine crimes of murder against women in Jordan. Annually, Jordan reports between 15 to 20 “honor killings,” according to the Human Rights Watch.

Jordanian Princess Basma Bint Talal wrote on her Facebook page, “How many other women must die before adequate punitive steps are taken … There is no honour in honour killing and we can no longer look away.”

Ahlam’s father was tried and charged with murder last Saturday by the Grand Criminal Court in Amman after the chilling video of Ahlam’s screams went viral and thousands began demanding justice online.

“We can’t just stand and watch girls get killed,” Fatin said. “This is stupidity, enough is enough.”

Several petitions regarding honor killings have gone viral, including one with 12,000 signatures demanding changes to articles 98 and 99 of the Jordanian constitution. Article 98 reduces a criminal’s penalty, often to as little as six months, if the crime was deemed to have been committed “in a fit of fury.” The law is often used to lessen the punishment of those who commit honor killings.

“I think this is going to keep increasing if we don’t make a big push on the government with the protests we are arranging,” 24-year-old Heba Lotfi of Jordan said. “In Jordan, just during the time of the quarantine, we had seven crimes against women — murder, rape, family abuse, abuse from their husbands.”

In response to Ahlam’s murder, Jordanian university students Bana Habash and Farah of “Women’s Rights Revival Jordan,” launched a cyber campaign with the hashtag #stopkillingwomen, which trended on Twitter in Jordan over the weekend.

“I was given an opportunity to really be able to say something,” Farah said. “It hurts me that there are a lot of people where I am from who will never be able to experience that.”

“This subject is extremely important to me because I live in this society as a girl and we deserve to live with rights,” said Sura Dumiaty, a 16-year-old from Jordan.

A protest scheduled for Wednesday evening in front of the Jordanian Parliament building, organized by members of “Ahlam’s Screams,” drew interest from more than 3,000 people online, with 800 signing up to attend.