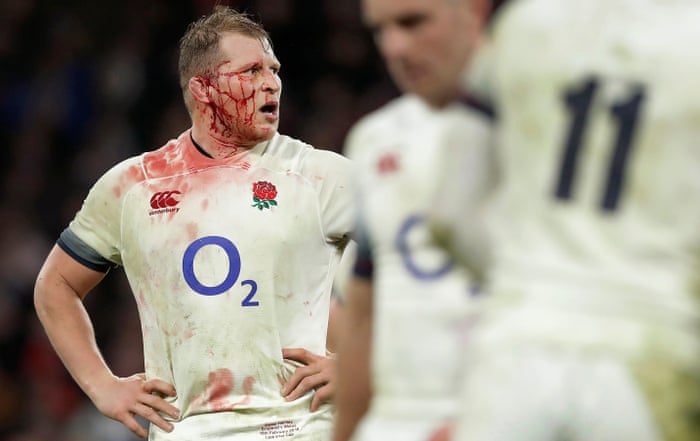 The former England captain Dylan Hartley has revealed the brutal manner in which his international career was ended by Eddie Jones, who simply told him: “You’re fucked, mate!”

Hartley was Jones’s “foundation captain” at the start of his tenure, holding the job for more than two years but made his last England appearance during the 2018 autumn campaign. He soon sustained a knee injury and last featured for club or country that December, missing the 2019 Six Nations, then the World Cup before eventually retiring last November.

Under Jones he became England’s most capped hooker and finished with an 85% win record as captain but Hartley has revealed that Jones was ruthless in bringing a halt to his reign. “Even by the standards of the 6am texts he delivers while running on the treadmill, which make the recipient’s balls tighten and the brain melt, this phone call was brutal … he was effectively ending my England career with three words,” writes Hartley in his soon-to-be-released book, The Hurt.

Hartley describes Jones as the best coach he ever played for but claimed the Australian was harder on him than anyone else. “I was absolutely fucking bollocksed,” he told the Telegraph. “‘That was fucking shit, mate. That’s fucking shit … you’re shit. You shouldn’t be here.’ Anyone who looked even slightly out of shape had about as much chance of survival as a wildebeest wandering into a herd of lions. You were like a piece of meat, thrown in the bin because it was past its sell-by date. I’d had enough of being governed by Eddie.”

The 34-year-old also lashes out at the way that players of his generation have been treated in rugby, raising serious concerns over the welfare of current players – those plying their trade in the Premiership who end up being selected for next year’s British & Irish Lions tour will end up playing 12 months of nonstop rugby.

“My generation of players have been crash dummies for a sport in transition from semi-professionalism,” said Hartley. “It is being reshaped, subtly but relentlessly, by money men, geo-politicians, talking heads and television executives. They treat us as warm bodies, human widgets. Players cut the ends off their boots so they can play with broken toes. They gobble painkillers like Smarties. After matches dressing rooms are like M*A*S*H clearing houses … People are being put back together with stitches and glue. Senior players have bits falling off them.”

Meanwhile, five Premiership players tested positive for Covid-19 on the eve of the restart – a concerning five-fold rise after just one case was announced on Wednesday and the highest number since the second round of testing in mid-July. In total seven players – including two members of staff – from six different clubs have tested positive.