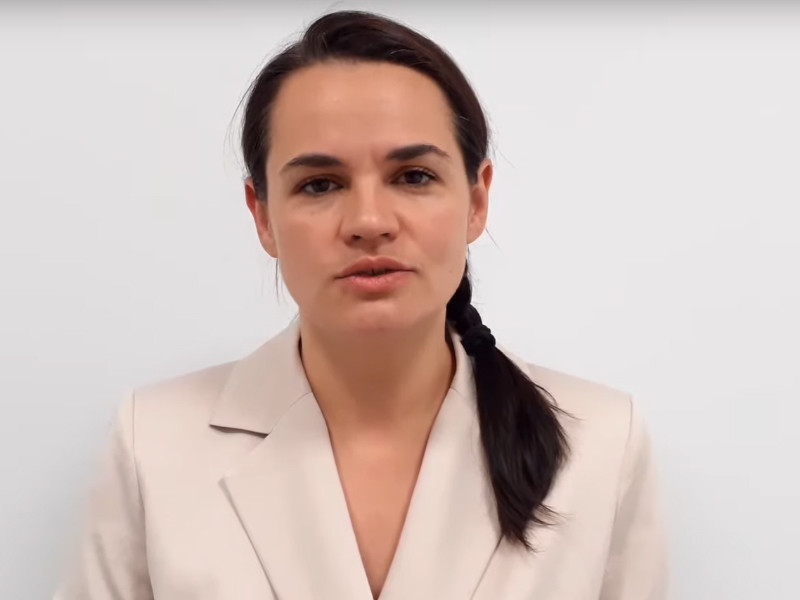 The candidate in presidents of Belarus Svetlana Tikhanovski, which was forced to leave in Lithuania have issued a new video message to the nation. She invited officials to join the protest and lead it. Svetlana Tikhanovski asked mayors of Belarusian cities on 15 and 16 August to be the organizers of peaceful mass rallies. She also appealed to civil society with a proposal to create a Coordinating Council for talks with the authorities.

“The Belarusians will never want to live with the former regime. In his (Alexander Lukashenko. – Approx. NEWSru.com) victory nobody believes she said. We have always said that to defend our choice should only legitimate non-violent ways. A peaceful solution to citizens outside the government turned into a bloodbath”.

Svetlana Tikhanovski also noted that confident in the support of Belarusian voters. She thanked everyone who voted for it and added that supporters of change in the country most. “Where the Commission considered the protocols honestly, my support ranged from 60 to 70%,” – said the presidential candidate.

The full text of the address of Svetlana Tikhanovski contains its call to the Belarusian organizations to join the Coordinating Council. “We really need your help and experience. We need your connections, contacts, expert advice and support. This coordinating Council should include all who are interested in dialogue and peaceful transfer of power – the labor collectives, party, trade unions and other civil society organizations,” – said the presidential candidate from the opposition.

She asked the international community, including European countries, to “help facilitate dialogue with the Belarusian authorities”.

“The government must show willingness to dialogue with the people. It means releasing all the detainees. It means to remove from the streets the riot police and troops. It means to bring a criminal case against those who gave criminal orders to beat and shoot people,” – said Svetlana Tikhanovski.

She appealed to the security forces with an appeal not to execute criminal orders. “Talk to your superiors, stop the bloodshed. You took an oath to serve the Republic of Belarus and its people. We, the people will be grateful to anyone who will be on the side of the people”, – said the candidate.

According to Svetlana Tikhanovski, her staff continues to work. “The head of staff of the remains of Maria frost. She is with me and continues to guide the staff. I confirm the authority Olga Kovalkova and Nikolai Kozlov as my Trustees, who will coordinate the action of my staff in Belarus”, – said Tikhanovski.

In the previous video, Svetlana Tikhanovski urged citizens not to confront the security forces. “I urge you to prudence and respect for the law. I don’t want blood and violence. I ask you not to resist the police, do not leave the square in order to expose their lives to danger. Protect yourself and your loved ones,” she said, reading the paper. Probably at the time the candidate was under pressure from the security forces.

In Belarus from 9 August held a protest. They began after the announcement of the preliminary results of the presidential elections, which, according to the CEC, incumbent President Alexander Lukashenko scored 80,08% of the vote, while his main rival Svetlana Tikhanovski of 10.9%.

The protests resulted in clashes with police and special forces. To suppress street protests security forces used stun grenades, water cannons, rubber bullets. Only at the protest was arrested about 6, 7 thousand people, about 250 were hospitalized. One person, according to official reports, were killed during the protests, and the other after his arrest.

Australians stranded abroad struggle to get home amid the coronavirus pandemic