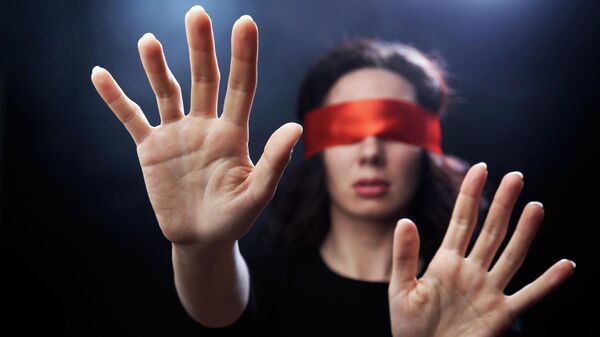 Alfia Enikeeva. Experiments show that the blind as a result of stroke or traumatic brain injury continue to see. They avoid obstacles in the hallway, recognize emotions on the face of the interlocutor and try to guess what is depicted in the pictures. May help them the same so that the person reacts to the approaching danger.

The retina receives light coming from the source or reflected from objects. This information arrives at the thalamus — the brain region responsible for transmission of sensory and motor data from the senses. From there to the primary visual (striate) cortex, which separates static and moving objects, recognizes images.

Then in the secondary, or extrastriatal, the visual cortex. And from there to the associative areas of the brain, where the final recognition of objects is formed and the reaction to them.

If from the chain to eliminate the primary visual cortex — and that she may suffer a stroke or traumatic brain injury, the person is actually blind. His eyes are healthy and continue to see, but the brain does not respond. However, there are exceptions. 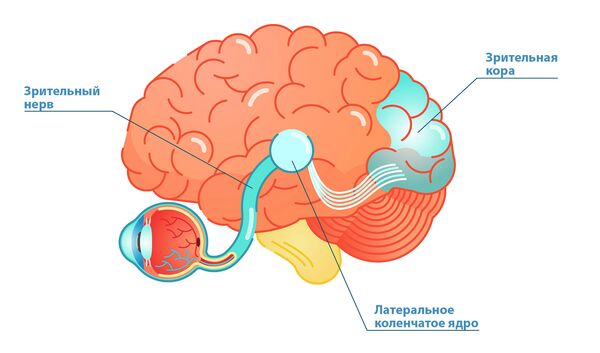 Dutch and British scientists described from two cases in which patients lost their eyesight after a head injury, properly recognize the emotions of people shown in the picture. Volunteers have not had time to answer, afraid or happy people in the photo, but their brain already knew the correct answer.

The faces of the volunteers attached the electrodes, record nerve signals seekers to the muscles that tense up when a person smiles or, on the contrary, frowns. It turned out that the volunteers copied the facial expressions depicted in the pictures, although claimed to see nothing. However, their primary visual cortex showed no signs of activity.

Similar was the case with the 50-year-old man who lost his sight after the second stroke. During the experiment — he also viewed photographs of faces — he was placed in an fMRI scanner to measure brain activity. It turned out that when the patient looked at pictures of people looking straight at him, then activated amygdala — the amygdala is responsible for processing emotions reflected on the faces of others.

However, the participant in the experiment, guessing, looking at him the man in the picture or not, is not mistaken only half of the pictures, that is not beyond chance. But another patient with a damaged primary visual cortex guessed the objects displayed on the screen, with an accuracy of 90 percent. And claimed to see nothing, and right answers — just luck.

Sensation the patient, in the scientific literature as T. N. He went blind after a stroke and walked with a cane. Scientists have stripped him of it and asked to pass along the corridor strewn with boxes and chairs. T. N. perfectly coped with the task on the first attempt, easily avoiding all the obstacles.

As noted by the authors, the subject didn’t even realize that by-passes the objects: “He was at a loss to explain or even to describe their actions.” Moreover, it is claimed that just runs directly down the corridor.

According to Dutch and Swiss scientists, this is possible due to the fact that the functions of the inoperative primary visual cortex take on the tubercles of the corpora quadrigemina of the midbrain structures, which are also spetsializiruyutsya on the processing of visual information. 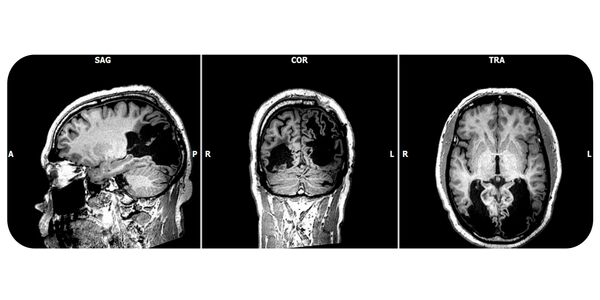 The fact that the bottom bumps are usually responsible for the processing of auditory stimuli, and in the upper part of the ends of the fibers of the optic nerve and there is rapid processing of the data obtained from the retina. It allows you to escape from approaching threats — for example, predator — before the body realizes what’s going on. Of the upper tubercles of the corpora quadrigemina information enters the thalamus and then directly to the secondary visual cortex.

Apparently, it is preserved in patients with damage to primary visual cortex. Therefore, they distinguish persons who are able to bend around obstacles.

Moreover, the formed complex visual-auditory associations when a blind man relates the sound with the size of the object. The researchers asked volunteers with damaged striate cortex to press the button if he thinks the sound should increase. On the screen in front of him was a red circle, which dramatically decreased before increased the volume. The blind time after time when compression of the circle quickly pressed the button. So in his mind there were a causal relationship between volume and size figures, though he didn’t see her.

The authors believe that through this mechanism, people blinded because of an injury, can restore some visual skills and even learn something new.