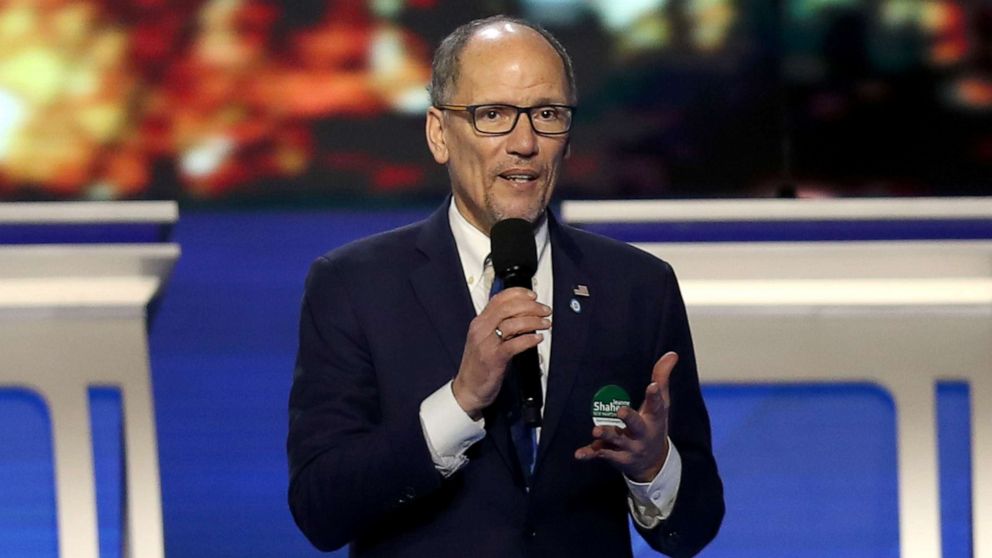 Biden, after becoming the sole Democrat left in the race, announced his running mate would be a woman. After months of deliberation, calls got even louder for his pick to also be a person of color.

“He ran a really inclusive process for the vice-presidential determination and I think he picked the perfect running mate,” Perez told Robach.

Perez said criticism of Harris as the running-mate pick falls flat when you “look at the facts” of her record.

“I’m so proud to have her on the ticket,” he added. “The more you learn about Kamala Harris, the more you will love her.”

Perez also touched on the scaled-back Democratic National Convention, which is set to launch Monday after delays and massive changes to the typical programming amid the coronavirus pandemic.

Democrats significantly scaled back the convention, announcing in late June that officials were planning for a mix of in-person and virtual elements. But over the last two months, as the coronavirus hobbled planning, organizers further pared back the event, urging members of Congress, state delegations and delegates not to travel to Wisconsin. Biden, who was scheduled to accept the party’s nomination in the key battleground state on Aug. 20, will now accept the nomination from Delaware.

Delegates are also voting entirely by online ballot, which began on Aug. 3 and will run until Saturday, two days before the convention kicks off. The results are expected to be announced on Monday, the first night of the event.

“I think it’s going to be an exciting week, it’ll be different than past conventions, there will be less podiums and more conversations around kitchen tables and union halls across America,” Perez said.

“You’ll see people that you know and love, like Michelle Obama and Barack Obama and other great leaders of our party, governors and mayors who’ve led, and you’ll also see everyday Americans, ordinary people who have done extraordinary things through this pandemic,” he added. “It’s about bringing America together. We need to unite this country and we’re going to have our unity on full display next week. I’m a big believer that hope triumphs over fear.”

Perez said a Biden- Harris ticket is what the country needs to be united through 2021 and beyond — a theme that will be on full display next week.

“Joe Biden and Kamala Harris are two of the most optimistic people I know. You’re going to see that optimism. We’re fighting to make sure we take back our country, we build back a better America, not an America we saw in 2016, but an America we need to have in 2021 and beyond. I’m really excited. And there’ll be a few surprises, too,” he said.