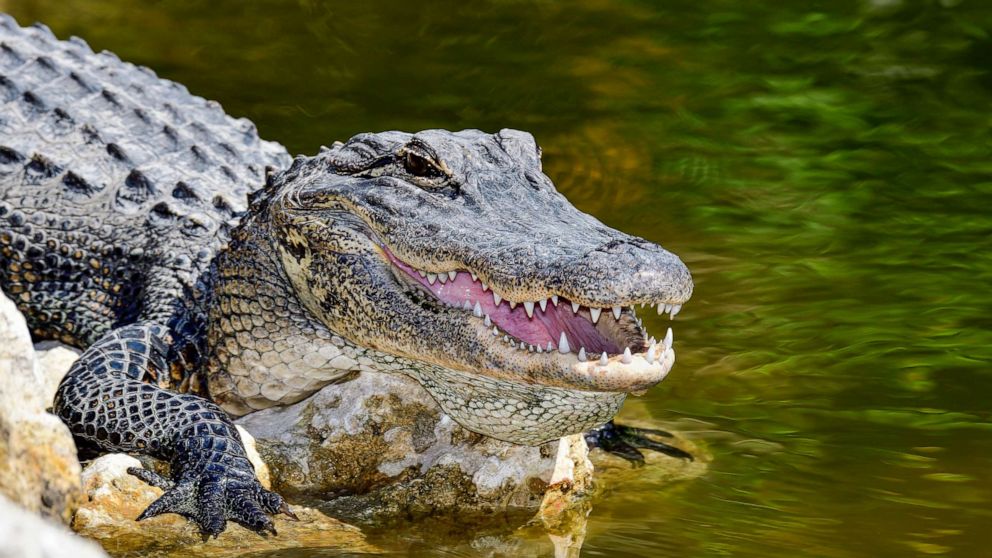 “This may allow for alligators to eat venomous pit vipers and they may not succumb to getting bit,” said John Finger, a biologist at Auburn University in Alabama.

Finger has worked with alligators for more than 13 years. He’d heard that the reptiles sometimes eat venomous snakes, and he wondered how they survived. He and his co-authors decided to test the properties of gator serum — a component of blood that includes proteins and antibodies — against two components present in the venom of pit vipers such as cottonmouths, copperheads and rattlesnakes: hemolytic toxins and snake venom metalloproteinases (SVMP).

In a study published in the Journal of Herpetology, Finger and his co-authors added these venom components to gator serum in the lab. They compared the reaction with that of mouse serum exposed to the same chemicals.

SVMPs can damage tissue and destroy blood cells, but Finger said the gator serum inhibited this destructive activity. As a result, SVMP caused more than 100 times more damage to mouse serum than it did to gator serum.

“There was a significant reduction in that activity,” Finger said.

While the scientists didn’t find any similar inhibitors against the hemolytic toxins, Finger noted that the SVMP alone makes up about 20 percent of the venom in these snakes. In other words, the ability of alligators to resist this component may be enough to allow them to survive snake bites.

In addition to helping alligators eat vipers, the protective blood may also help young gators avoid being eaten. Finger noted that baby alligators have sometimes been found in the bellies of cottonmouths.

“There are documented instances of alligators getting eaten by venomous snakes,” he said.

Meghan Kelley, a graduate student at Auburn and a co-author on the study, added that gators may also have other components in their immune system that help them resist the destructive properties of snake venom. She said that further research on these abilities may help guide the development of medical anti-venoms for humans in the future.