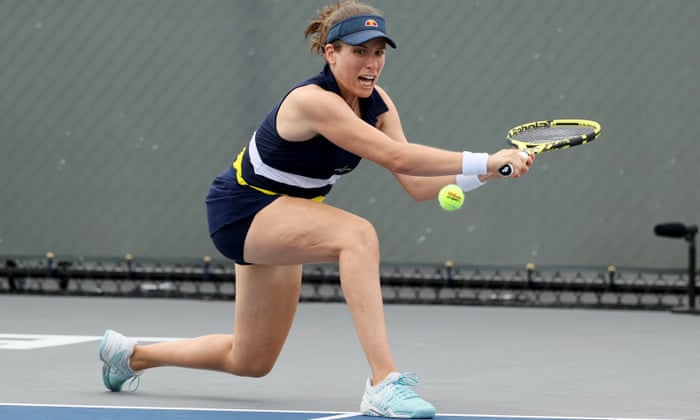 You have to admire the pluck of Johanna Konta and Serena Williams. Both have heart and respiratory problems that would not only give them an excuse to withdraw from the upcoming US Open in the middle of a pandemic but send them into a full anxiety spin.

Yet, unless circumstances change, they will be in New York when the first ball is struck on 31 August, along with Venus Williams (Sjögren’s syndrome), Danielle Collins (rheumatoid arthritis – which ended Caroline Wozniacki’s career) and scores of others with myriad underlying health problems that could make them vulnerable to coronavirus.

Forget the aching muscles and bones that are the daily pain they endure as professional athletes; it’s what they cannot see that is the dark stalking reaper of their sport.

When Robin Söderling revealed recently it has taken him nine years to recover, physically and mentally, from the glandular fever that forced him to retire at 26, it sent a chill through the sport. The viral infection – also known as mononucleosis – has cut down many players as they travel the world on tour. “I just wanted to crawl out of my skin,” said Söderling who, two years before he was forced to quit tennis in 2011, had been the first player to beat Rafael Nadal at Roland Garros. The Swede walked away. Most do not.

While the United States Tennis Association rearranges both singles draws at Flushing Meadows on an almost daily basis to cope with withdrawals that arrive with the steady beat of a leaking tap, Konta, Williams and others have decided to put aside concerns over their health. Whether this is wise only they and their medical advisers know, but it says everything about their addiction to tennis.

Konta surprised her Zoom press conference in Lexington, Kentucky, on Monday night when she revealed heart palpitations caused her to collapse in her first-round defeat against Marie Bouzkova that day. After a relatively gentle workout in London the previous week, she looked ready to quit two games into the match but, after losing in two tough sets, declared she was “as fit as a fiddle”.

What was doubly concerning, however, was not only that this was her fourth such attack in three years, but her second in the past few months – and quite separate from her breathing-related problem at the 2016 US Open. Those have not gone away, either, she said. 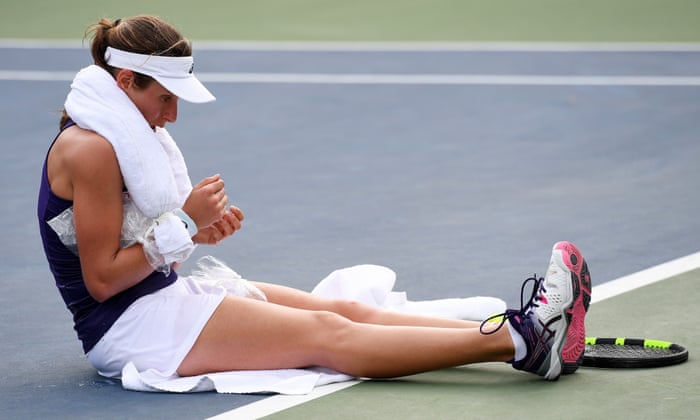 While her doctors are mystified, Konta says she is looking forward to pushing herself to the limit at Flushing Meadows. Conditions there are likely to be similar to those in Lexington, where she will stay for the rest of the week before driving for 10 hours to New York.

“I’m fine,” Konta told reporters. “I sometimes have heart palpitations. Basically my heart rate just shoots up for no reason. It makes me a bit light-headed. I just needed to see the doctor and the physio to see where it was at. It was very, very high.

“The first time it happened was in Birmingham in 2017; the second time was in Beijing 2018, actually in the evening match that day; the third time was three months ago, when I was doing my practice block on the clay at home in London. So I wouldn’t say that there’s a massive common denominator. It’s been under stressful situations, it’s been under actual no-stress situations.

“It’s one of those things you need to catch in the moment to be able to record and measure it – which we haven’t been able to do, because it has been sporadic. It’s unfortunate that it’s happened to me now twice in the past three months. But that’s no indication that it’s going to pick up frequency. I’ve had all the heart tests done you could possibly have, and my heart is absolutely fine. Obviously it’s not ideal. It’s probably not going to happen again for … a year. It’s one of those things but I’m not worried, no.”

When the USTA this week overturned an earlier financial commitment to cover the possibility of a Covid-19 outbreak at its showpiece tournament, many players – especially those who have stayed in Europe rather than prepare in the US – wondered again if it was worth travelling to New York, especially without a guarantee that they could sidestep quarantining on their return.

On Monday the Czech Barbora Strycova and China’s Wang Xiyu joined the list of absentees that includes the world No 1 Ashleigh Barty, three others from the top 10 and 10 more further down the rankings. The top seed, Simona Halep, who is playing in Prague, is yet to decide. The men’s world No 1, Novak Djokovic, who caught the virus, is similarly noncommittal.

Nobody is immune. Even Roger Federer, whose progress over a quarter of a century has been largely painless until a second knee operation knocked him out of the 2020 season, was cut down by glandular fever several years ago.

As Söderling said on Instagram: “It’s a thin line to walk as a professional athlete. On one side of this line, you’re doing everything right. You work hard and push your body to extremes. You are dedicated. You have full focus and you are getting the results, and you get celebrated for your success. Putting pressure on yourself and working can be very rewarding. But, if you cross that thin line, if you don’t listen to your body and give it time to recharge and recover, it can ruin your career, and your life.”