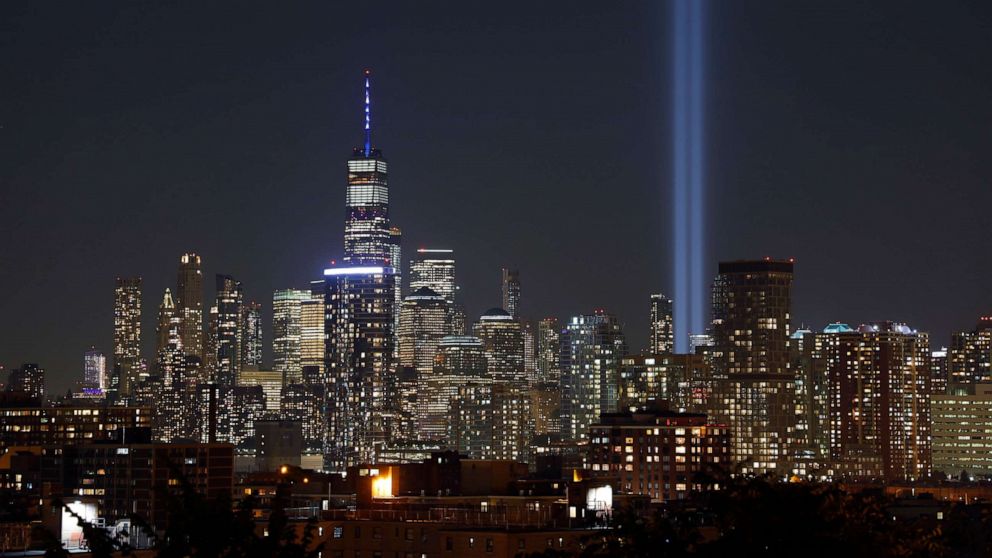 The Tribute in Light, a 9/11 commemoration that takes place over Lower Manhattan, has been canceled this year due to the coronavirus pandemic.

“This incredibly difficult decision was reached in consultation with our partners after concluding the health risks during the pandemic were far too great for the large crew required to produce the annual Tribute in Light,” according to a statement posted on the 9/11 Memorial & Museum website.

Organizers said they hope to resume the tribute for the 20th anniversary next year.

Tribute in Light is a public art installation in which twin beams of light are projected into the sky.

The beams reach up to four miles into the sky and are made of eighty-eight 7,000-watt xenon light bulbs positioned into two 48-foot squares, mimicking the Twin Towers before they were brought down in the terrorist attack.

The U.S. has the most cases in the world of the coronavirus at 5.2 million. New York City was considered the first epicenter in the country, though cases have since plateaued.