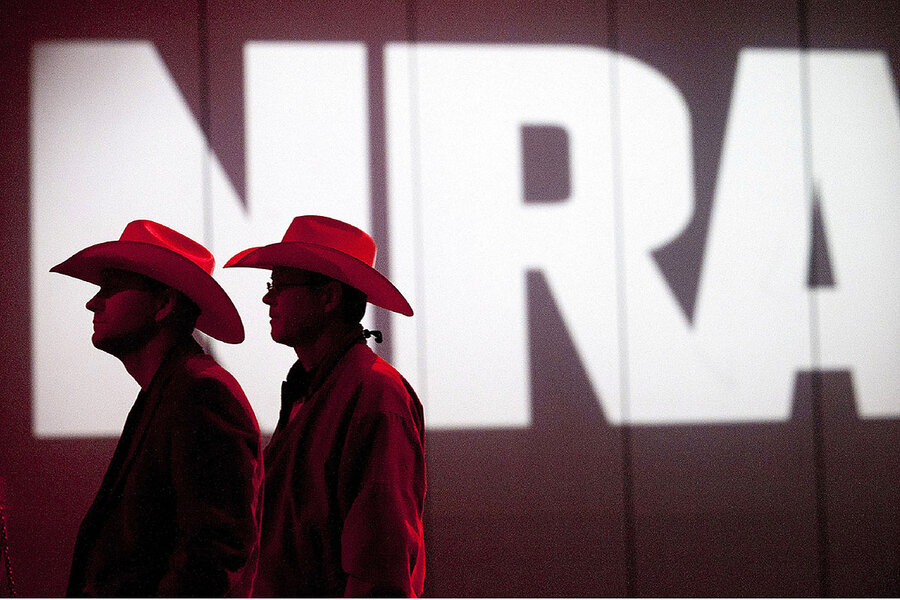 Babu Omowale says he needs the National Rifle Association – but only until he doesn’t.

As the national firearms organization finds itself under existential threat, Mr. Omowale, the co-founder of the Huey P. Newton Gun Club in Dallas, is emblematic of a shifting gun-owning population in the U.S., some of whom say they do not identify with the NRA’s message.

On the one hand, the NRA certifies gun owners in many states. But that narrow utility makes it expendable, especially for Black gun owners, whom the NRA has historically struggled to engage as members.

“The NRA is just a political tool for us to be able to arm ourselves, but we don’t buy into the politics of any of it since it’s the right of every American to take advantage of [the Second Amendment],” says Mr. Omowale, who has joined armed rallies recently on behalf of Black rights. “I believe it’s time for [Black people] to start our own NRA.”

As New York prosecutors aim to dissolve the NRA in a lawsuit alleging self-dealing and mismanagement, one thing is becoming clear to Mr. Omowale: Even as more Americans are exercising their Second Amendment rights, the NRA’s framing of that right as a conservative political ideal is losing potency.

At a time when guns have marched to front and center of political debate, the NRA’s use of the Second Amendment as a political cudgel has run headlong against the growing diversity of the gun-owning public, many of whom tell pollsters they support some forms of gun control, including background checks for private sales – a longtime sticking point for the NRA.

In that way, the NRA’s troubles are occurring at a time of shifting attitudes about the role of the Second Amendment in American life.

Chartered in New York in 1871, the NRA grew from a firearms training organization to, by the 1980s, a political kingmaker that politicians were wary of crossing.

Flush with money and success in the 2016 election cycle, the NRA and its political fortunes faded in the “blue wave” of the 2018 election. Expensive lawsuits and internal revolts – as the Monitor’s Simon Montlake chronicled last year – have dwindled its resources to the point where it had to borrow money against the deed to its Virginia headquarters.

Even as the organization’s cash on hand turned from a $28 million surplus to a $36 million deficit between 2015 and 2018, CEO Wayne LaPierre secured a $17 million post-employment package, prosecutors say. The attorney general in Washington, D.C., also filed suit alleging the organization used its charitable arm to fund its political activities. In New York, prosecutor Letitia James called the NRA “a breeding ground for greed, abuse, and brazen illegality.”

The speed and span of the NRA’s buckling has stunned even longtime gun policy observers.

“Pride goeth before a fall,” says Bob Spitzer, author of “Guns Across America. “The announcement [of the New York lawsuit] was a surprise, but not the reason for it. That’s kind of not just sad, but tragic, in a Shakespearean way. They weren’t brought down by gun control forces, but by their own avarice, and nobody watching them.”

After the lawsuit was filed in New York last week, the NRA countersued on First Amendment grounds. It says it still plans to spend tens of millions of dollars in battleground states to help reelect President Donald Trump. A gun-buying spree has led to thousands of people joining the group every month, it reports.

“The NRA is well governed, financially solvent, and committed to good governance,” says Mr. LaPierre in a statement to the Monitor. “We’re ready for the fight. Bring it on.”

It may be an epic battle even for an organization that grew to prominence on what Mr. Spitzer calls “sky is falling” hyperbole.

The country’s political tides have shifted after a string of mass shootings across the U.S. failed to sway Congress to enact gun control laws. Long sidelined, gun control groups now match the NRA dollar for dollar on the campaign trail. The grassroots lobbying by student survivors of a school shooting in Parkland, Florida, helped to frame a raft of gun control measures introduced in states.

And critically, the prototypical face of gun ownership – long that of an older white man – is changing. Women now make up 40% of first-time buyers. And as gun sales hit historic highs amid the unrest of 2020, Black Americans represented 58% of gun purchasers, outpacing all other groups.

The exploration of the Second Amendment as a civic duty rather than a political rallying cry came to light this year at political events featuring armed demonstrators, including both Black and white militias.

“The historical origin [of the Second Amendment] is about overthrowing an oppressive government,” says Sanford Levinson, co-author of “Fault Lines in the Constitution.”

Gun rights on a local scale

Jennifer Bailey, a digital marketer near Richmond, is a member of the Virginia Citizens Defense League, which held a massive rally in Richmond earlier this year to protest new gun control measures after Democrats took control of the statehouse. She is not, however, an NRA member.

If government should be small and by the people, she says, then advocacy should be, too.

“It’s pretty natural for people to come together in their own communities first and foremost, and I also think that’s the way our country was designed and I also believe that’s how God created us,” says Ms. Bailey. In that way, “it seems only natural that we would come together in a community-based way more powerfully than a national organization or even a national government would be able to.”

Such attitudes have fueled questions about the source of the NRA’s political might, and what would happen should it disappear or be severely hobbled.

“If the NRA disappeared tomorrow,” he says, “there would still be a number of Americans who … would continue to resist any strengthening of the gun laws.”

What’s more, the NRA’s “power came from the ability to organize and drive action by that very small, but very passionate group of single-issue voters,” he says. That means that “for many years – decades – the NRA claim to speak for American gun owners has not really been credible.”

David Adams, an NRA member in Virginia’s Chesterfield County, disagrees. His now-15-year-old daughter received her lifetime membership to the NRA when she was in diapers.

That New York and Washington authorities decided to file a civil suit instead of criminal charges suggests that “it’s totally political” – a bid by Democrats to weaken the NRA ahead of an election, says Mr. Adams. Allegations of financial improprieties, including C-suite lavishness, amounts to c’est la vie in corporate America, he says.

“I don’t have any complaints about what I’ve gotten in return” for contributions, he says.

But Mr. Adams also believes that the NRA’s legal troubles come at a critical time for the role of guns in society. Failures to stem several new gun control measures in Virginia earlier this year, he says, set up a broader test of America’s unique and complicated relationship with firearms. Those took effect July 1 and include limiting handgun purchases to one a month.

“Gun owners showed up a day late and a dollar short” for the Richmond rally in February, says Mr. Adams, who is the vice president of the Virginia Shooting Sports Association. And “if they want to make sure that we don’t get closer to [firearms-cautious] New Jersey or California, they better keep the same energy they had at the beginning of this year going into this election, because if they don’t like what they saw in Virginia, they’re not going to like what they see at the national level.”