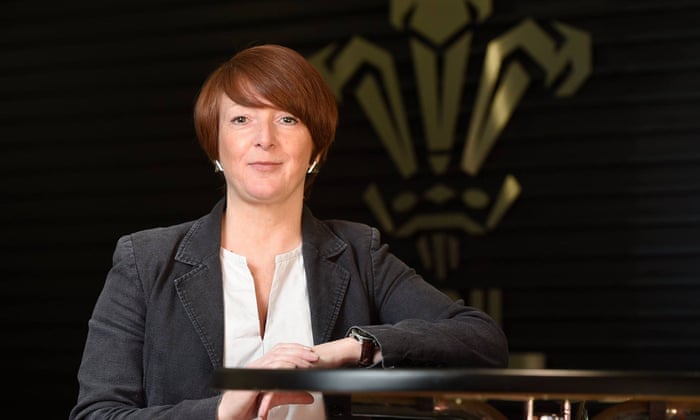 Julie Paterson is probably the most influential woman in the world of rugby, sitting on every major board the Welsh Rugby Union has a stake in. The 47-year-old joined the governing body in 1989 as a junior accountant, making its executive committee in 2005 at a time when very few women held positions of power in a male-dominated sport.

Paterson tells the story of arriving at a Welsh club to give a presentation. A committee man shuffled over and said: “Look, lovely, can you get the tea and coffee on because the bigwigs from the WRU will be here soon?” The reaction would be different today but women at the top table remain the exception, their number reduced after Raelene Castle bowed to pressure and resigned as Rugby Australia’s chief executive earlier this year.

“It has changed a lot and there are now a few of us,” said Paterson, who was put forward for interview by the WRU, along with its chief medical officer Prav Mathema, to discuss the impact of the coronavirus pandemic on the professional and community games in Wales. “The fact I am on this call shows that it is different now.

“It has changed for the better, although it still has a way to go. You have to be in it to change it, stick to your guns and not be precious. It was difficult to break in: we are old-fashioned in Wales but it was more difficult on the wider front across countries. You would imagine that only the older generation would have a problem with a woman around them on the executive or whatever else I sit on but it is not always the case. You just have to plough on.”

Paterson sits on the WRU’s professional game board as well as its community rugby board and the Pro14, chairing the new regulatory committee set up as part of the reforms made since the private equity firm CVC took a stake in the competition, European Professional Club Rugby and World Rugby.

The focus of her varied work this year has been the fallout from Covid-19 that has left unions, clubs and regions having to cope with a sharp drop in income. While the Pro14 resumes later this month and Wales will play six matches in the autumn, no date has been set when crowds will be allowed back into grounds. The loss of match-day income will hurt and on top of that come increased expenses to ensure compliance with government regulations: the Pro14 is a cross-border tournament that includes two South African sides, making flights unavoidable. 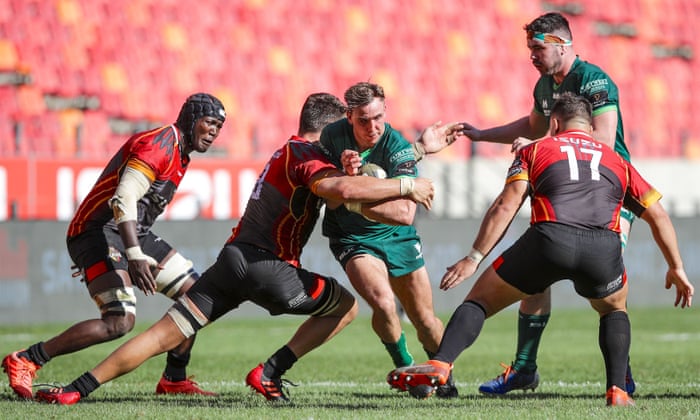 “There is no indication yet about travelling there,” Paterson said. “South Africa will be key for us and we are looking at how we manage their inclusion in the game. The medical advisory groups of the Pro14 and Europe are meeting now more than they ever have done. Travel will complicate it for all of us and it will be quite costly. In some instances, it may be risky and it may come down to chartered flights.

“The Scarlets are in Toulon (for the European Challenge Cup quarter-final in September, three weeks before the new Pro14 season). We will use that match as a trial run and look at a number of issues, including whether all the players should travel together. We have no indication yet when fans will be allowed back. Along with other sports, we have a weekly call with the Welsh government and that is becoming the main focus. Pressure increases when playing resumes and we need to find ways of paying for the increased costs. The lack of local revenues will have an impact.”

At least the professional game has a resumption date. At community level, there will be no return to normality as long as the regulations on distancing remain Unlike full-time players, amateurs and part-timers, who have work commitments, are unable to comply with Covid-secure obligations.

There will be an option for clubs to open back up socially but it will come sooner than the return of playing,” Paterson said. “It will be the flip of the professional game. We will be heavily led by the distancing regulations on when the game returns. We are still at two metres and that does not look like being reduced any time soon.

“We would need distancing to go down to zero and then allow six weeks for training for clubs and players. It is potentially months away and we have held a number of webinars with clubs to educate everyone on how to train within the distancing rules.

“Not playing rugby for a long period damages the sport, so we are looking at variations in the laws, such as eliminating scrums at age-group level. Does there need to be contact below youth level? We are reviewing everything internally and it may be that not one rule fits all. If distancing remains in the long term, we will have to consider a number of options.”

When play resumes, theory will turn into practice. “There is no research that says any particular part of the game should be removed [in the interests of safety] but until matches are played it is all hypothetical,” Paterson said. “I think the referees will be blowing up sooner: there will be pressure on them to act quickly.”