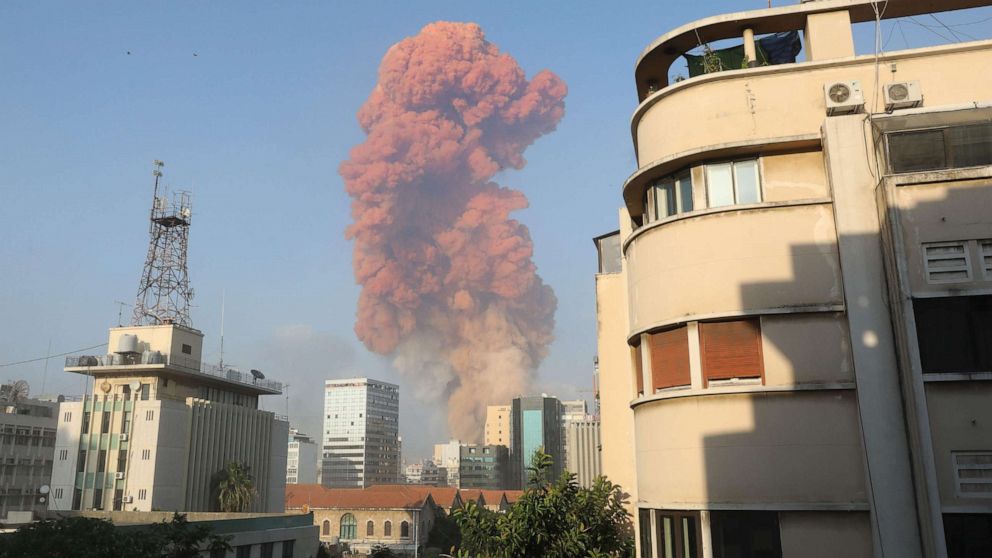 The cataclysmic explosion that rocked Lebanon to its core on Aug. 4 has compelled United States officials to focus on what matters the most: the prevention of another failed state in the Middle East from which only America’s regional foes can benefit.

But the one actor left standing in Lebanon that can help achieve this minimalist objective and avert this worst-case scenario — the Lebanese army — is under fierce assault by the same forces that have brought political ruin and economic bankruptcy to the country and sought to undermine U.S. goals in the region: Hezbollah and its foreign patron, Iran.

For years, Hezbollah has sought to discredit the Lebanese army and portray it as a weak institution that is incapable of defending the country from Israel and Sunni militancy. It has done that mostly to justify its unique armed status and preserve the military role it plays, which falls outside any Lebanese state control.

But lately, this campaign by Hezbollah against the Lebanese army has reached new heights. The Shia group is increasingly worried about the growing competence of the army thanks to years of training with the U.S. military, the widespread domestic consensus on its national security role and the successful partnership it enjoys with the U.S.

In his latest speech, Hezbollah Secretary General Hassan Nasrallah was especially critical of the army, pooh-poohing its functions and capabilities and calling it unfit to play the role of national protector.

Again, these information operations by Hezbollah are nothing new, but they now seem more systematic and targeted than ever. They are suspected to be part of a concerted effort by Hezbollah, coordinated with Tehran, to further challenge and ideally eliminate the one remaining source of U.S. influence and access in the country.

The Lebanese army believes it is being set up to take the fall for both the massive explosion in the Beirut port — which was caused by the politicians’ (not the generals’) years-long failure to dispose of the highly-explosive material (ammonium nitrate) that was stored in the port — and for the response to the popular protests that ensued afterward.

Videos appearing on mainstream and social media outlets sympathetic if not loyal to Hezbollah and its political allies show Lebanese army personnel beating up demonstrators near the Lebanese Parliament. But what these videos don’t show is what happened minutes prior to the clashes, when some protesters used violence against the army and even tried to take away some of its equipment.

The Lebanese army has been in an extremely delicate position since October of last year when Prime Minister Saad Hariri resigned following weeks of protests against the government. On the one hand, it must respect the rights of the people to peacefully demonstrate — and it has, to a large extent, because it is fully aware that it would lose the broad support of Lebanese society and that of Washington, its primary sponsor, if it didn’t. On the other hand, the army cannot allow the protesters to occupy government ministries and use violence against its soldiers, as some residents have. The Lebanese army’s job, codified in the Lebanese constitution, is to safeguard civil peace.

Many protesters in Lebanon have said that it’s time for the army to take a historic stand and side with the protesters. That is an unrealistic ask. With members from all sects and religions, the army reflects Lebanese society. It simply cannot afford to play politics. To maintain its cohesion and discipline and prevent a repeat of 1976 — when it completely collapsed along sectarian lines a year into the civil war — it has to remain as neutral as possible.

And it’s not as if the political direction of the Lebanese protesters is entirely credible, either. The movement is leaderless and disorganized. It doesn’t present, at least yet, a viable political alternative to the corrupt ruling class. The army can’t risk everything and jump into the unknown just to take an unclear moral high ground that may please parts but not all of Lebanese society.

That said, there’s an opportunity for the army’s leadership to open a quiet conversation with the protesters — should leaders emerge — now that it has been given sweeping powers by the Parliament as a result of a state of emergency since Aug. 13. This is the time for Joseph Aoun, the Lebanese army chief, to more visibly assuage domestic and U.S. concerns and correct misperceptions.

Some American officials and legislators have long had qualms about the U.S. military’s assistance to the Lebanese army. They believe the army is infiltrated by Hezbollah or is a little too cozy with the organization. Based on our experience, this is a vastly unsupported accusation. The Lebanese army, despite the lack of any political or civilian authority guiding it since at least last year, has most credibly kept its distance from Hezbollah both on the ground and in terms of policy.

Washington as a whole needs to avoid falling into the trap being set by Hezbollah and Iran. The Lebanese army is by no means a perfect institution, but it is not what its antagonists depict it to be. It is neither the enemy of the Lebanese people nor the ally of the corrupt politicians. Rather, it is Washington’s best hope for helping Lebanon navigate to safety in these existential times until a new reformist government is formed. Indeed, it is Washington’s best shot to preserve U.S. influence and interests in the country.

As the only remaining institution in the country that is actually functioning in this politically and economically disintegrating environment, the Lebanese army needs U.S. help now more than ever.

Bilal Y. Saab, a senior fellow and director of the Defense and Security Program at the Middle East Institute (MEI), served from August 2018 to September 2019 in the Office of the Under Secretary of Defense for Policy as the senior advisor for security cooperation in the Middle East.

Joseph Votel, a distinguished senior fellow on national security at MEI, retired as a four-star general in the United States Army after a nearly 40-year career, during which he held a variety of commands in positions of leadership, including most recently as commander of U.S. Central Command (CENTCOM) from March 2016 to March 2019.