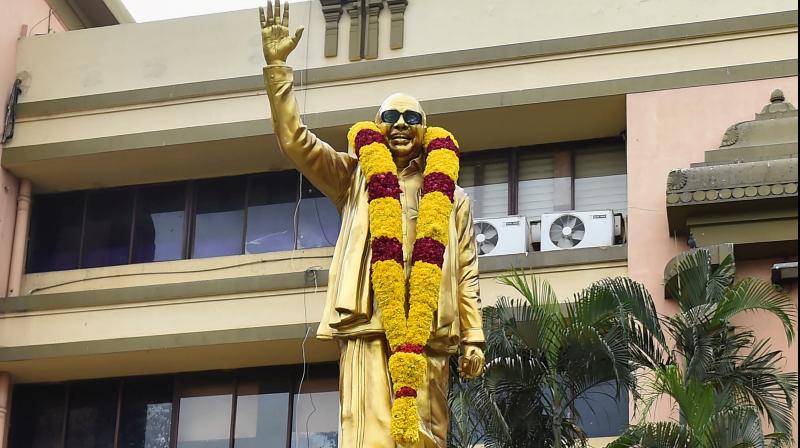 DMK permanently dismissed its suspended functionary Ku Ka Selvam on Thursday, accusing him of violating party discipline, bringing disrepute to the party and failing to provide acceptable explanations sought through the show cause notice.

Selvam, MLA representing Thousand Lights constituency in Chennai, was suspended on August 5 after he created a storm in political circles by calling on the BJP president J P Nadda in New Delhi along with some other BJP leaders and then coming out to claim that he had not left the DMK.

The very next day he also visited the State BJP office in BJP to a rousing welcome by the functionaries and gave interviews attacking the DMK leadership. However, he refused to resign from the DMK and maintained that he had not joined the BJP, apparently in a bid to not attract the provision of the anti-defection law and lose his MLA seat.

Subsequently, he reply to the show-cause notice served on him by the DMK, questioning as to what was wrong with hobnobbing with leaders of other parties when DMK founder C N Annadurai had stated that the jasmine in the other man’s garden too has fragrance.

Selvam also asked what was wrong with his meeting BJP leaders when former Chief Minister M Karunanidhi had met former Prime Minister A B Vajpayee.

Amit Shah hits out at Congress over allies

At least 100 more to be charged in Capitol attack investigation, DOJ expects