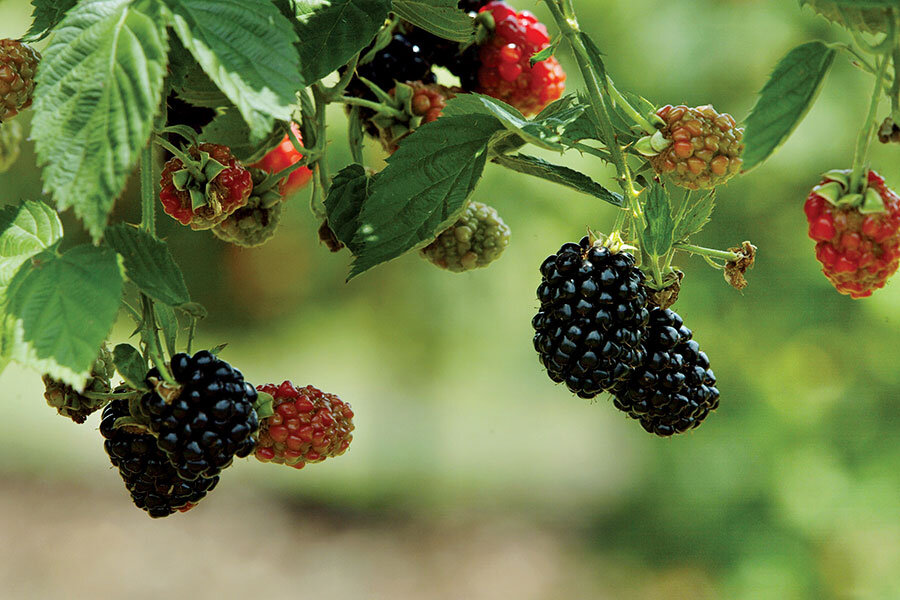 Western Oregon has a climate exquisitely suited for readers, writers, and blackberries, but the blackberries are the most successful.

One of the easiest ways to spot a newcomer here is if she sees a sprig of what she hopes is a blackberry vine in her backyard and gets all excited. “You don’t want that,” I explain as forcefully as I can, which is to say with a spade and a spray bottle of a plant poison I won’t otherwise admit to owning.

Oh, but she does want that. Evidently, in certain parts of the country, blackberries are something you buy at a nursery and plant and nurture and cross your fingers over. Here in the Pacific Northwest, blackberries go thundering over the landscape and periodically you need to whack away at them to see if your car is under there. Of course, this blackberry is not native. The native plants are the ones at the edges of the blackberry thickets running for their tiny lives.

That’s how it works with invasive species. When you look at any given balanced ecosystem, you’re seeing the truce that all its inhabitants have hammered out over millenniums. Some new guy comes charging in with a whole new strategy, and the natives have no idea what to do about it.

Our Himalayan blackberry was introduced in California in the 19th century by Luther Burbank and soon appeared throughout much of the United States. Although it is perfectly plausible that it clambered over the Rocky Mountains by itself, mostly it was spread by seed. Birds spread seeds.

That is the polite term for what birds do.

So, in exchange for permission to exterminate sprigs on any newcomers’ property, I offer to take them to a spot out of town where the blackberries romp and gallop over the countryside like radio hosts talking over a reasonable man. There will be acres of berries in every direction. If they are allowed to root in the neighborhood, however, it is a matter of a few weeks before they have vaulted the fences and arched over your house. You’ll be watching a cat video on the internet, oblivious to the creeping darkness, and that will be that: Call 911; send out the goats.

Blackberries are nothing to trifle with. I do like blackberry pie, though, and my husband, Dave, and I pick berries every year. He’s tall and has large stomping feet, which means he can get into the thicket pretty far and stand and pick in the same location for several minutes, but I worry. That’s plenty enough time to be ingested by the blackberries. If he doesn’t make a point of backing out every so often, he could be in there for good. Then someone needs to heave sandwiches toward the moaning sound until winter, when it might be possible to rescue him. But it’s a bother.

That’s what I explain to my new friends, but they look dubious and disappointed, and hesitate to give me and my spade the go-ahead. My house is right around the corner. It’s vulnerable.

“Let me get you a blueberry plant instead,” I say. “They do great. Welcome to the neighborhood.”