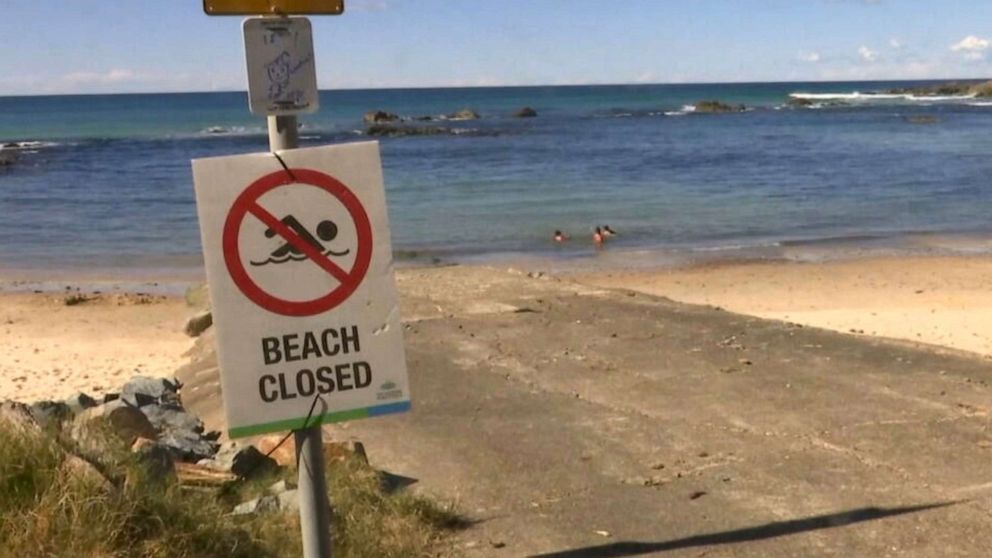 A man took matters into his own fists when a great white shark attacked his wife while they were out surfing on an Australian beach this weekend, police said.

Mark Rapley and his wife Chantelle Doyle were spending the day at Shelly Beach at Port Macquarie, New South Wales, when the shark, which was described as being between 6 and 10 feet, attacked Doyle and threw her off her surfboard, according to the North South Wales police. Rapley told the Nine Network he paddled to his wife’s board as she tried to climb back up while the shark grabbed her right calf.

Rapley grabbed on to his wife’s surfboard and began punching the shark until it let her go, the police said.

“When you see the mother of your child, and your support, everything that’s who you are, so you just react,” he told the channel. “Your body reacts to saying get off, get off. So you start punching it, you start thinking amazingly where to punch it and so you’re like, ‘I’ll just attack the eye,’ or whatever. You just start thinking differently.”

After the shark let go of her leg, Doyle and her husband got back to shore and paramedics were on hand to administer aid. She was airlifted to a hospital and had surgery, the police said.

The beach was closed for the rest of the day while officers and fishing officials worked to get more details about the attack.

Rapley said his wife was awake and doing better, but the family will be dealing with the fallout from the attack for a while.

“She is in pretty good spirits, still strong and hopefully all fine from here, but a long road to recovery,” he said.