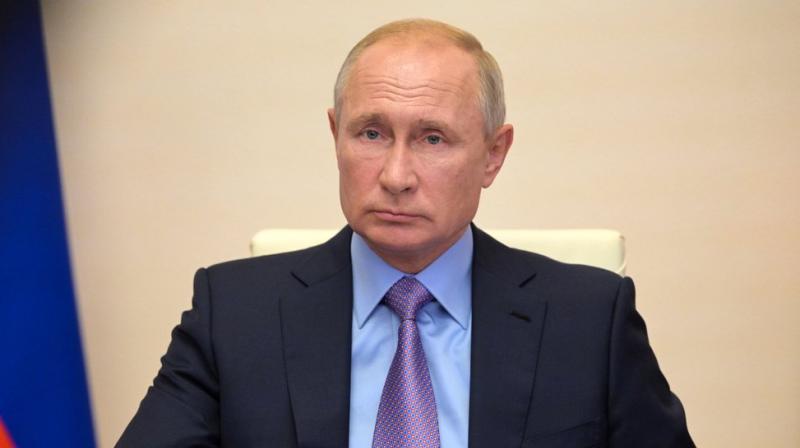 New Delhi: Russian President Vladimir Putin is expected to visit India in October this year for the Annual Bilateral Summit between the two countries, New Delhi said on Thursday.

India said “regional and international issues of interest” are being discussed in exchanges between the two countries, a veiled indication perhaps to the current Sino-Indian military stand-off. India has time-tested strategic ties with Russia spanning decades especially in the defence sector but Russia also has close ties with China.

Earlier this week on Tuesday, the MEA had said, “Foreign Secretary Harsh Vardhan Shringla and Russian Deputy Foreign Minister Igor Morgulov held a telephonic conversation today that inter alia covered high-level exchanges between both sides; forthcoming calendar of high-level meetings in the framework of BRICS and SCO; and interactions and meetings at various levels preparatory to the India-Russia Summit later in the year. The Foreign Secretary and the Deputy Foreign Minister also exchanged views on various regional and international issues of mutual interest reflecting common ground and approaches. Both sides agreed to maintain regular contacts.”

It may be recalled that about a month ago, Prime Minister Narendra Modi had spoken to Russian President Putin and had “conveyed his keenness to welcome President Putin in India" for the (institutionalised annual formal) Bilateral Summit this year. In a statement, the Ministry of External Affairs (MEA) had then said the Russian President “reiterated his commitment to further strengthen the Special and Privileged Strategic Partnership between the two countries in all spheres”.

Moscow had recently said it did not want to intervene in the India-China relationship but it is common knowledge that it has emerged as a key player because it has strong ties with both sides. The three countries also have a trilateral RIC format for talks.