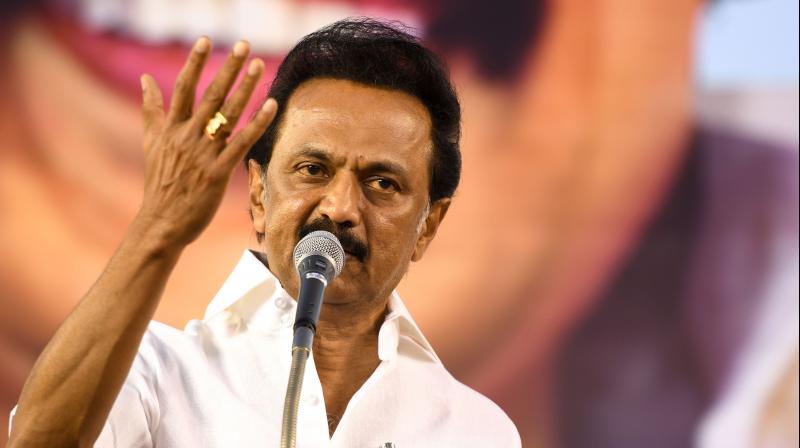 DMK President M K Stalin has urged the Centre to provide for reservation of women in Parliament and State Legislatures and also strictly implement the Supreme Court order on equal share in family properties for female heirs.

In a statement on Thursday, Stalin said social justice did not mean eliminating differences only on the basis of caste and religion but also on the basis of gender and added that several measures for gender equality were taken during the tenure of Chief Minister M Karunanidhi.

Reservation of jobs for women in government, 33 per cent reservation in local bodies, forming of Self Help Groups of women to help in their self- determination were among the pioneering schemes by Karunanidhi, he said.

Such measures were in line with the resolutions passed at the first Self-Respect Conference called by Periyar E V Ramasamy in Chengalpattu in 1929, where the call for property rights for women was raised, Stalin said, adding that 60 years later, in 1989, Karunanidhi passed a law providing shares for women in family properties.

Urging the ruling AIADMK to put pressure on the Centre to implement the Supreme Court order on property rights, Stalin said other political parties should also take up the issue with the Centre.

He also demanded that reservation for women in Parliament and State Legislatures, initiated by the UPA government, should be given importance by the present government at the Centre.