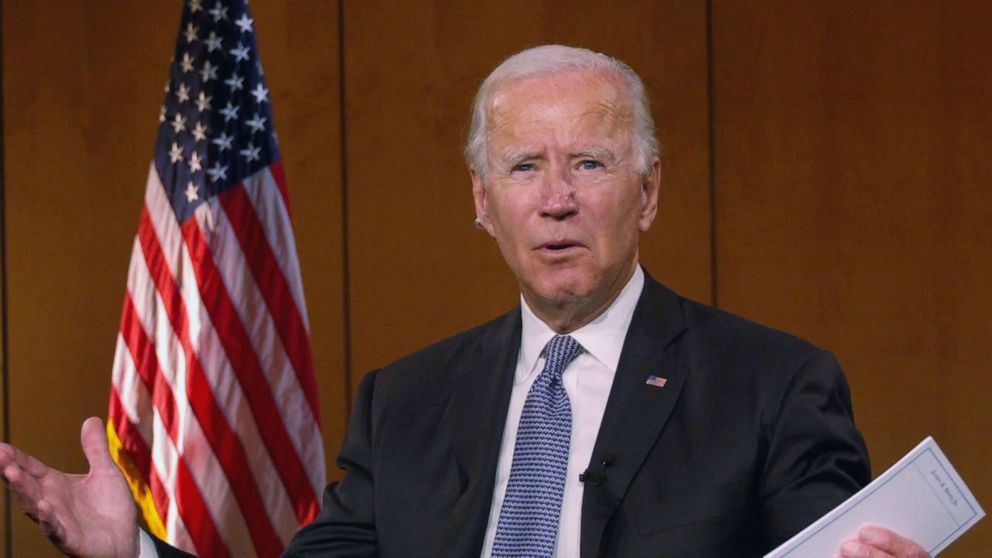 Minutes after he received enough delegates to clinch the Democratic nomination, former Vice President Joe Biden discussed one of the top policy proposals: a revamp of the nation’s healthcare.

In a town hall-style video chat with Americans who have dealt with serious health ailments, Biden vowed to strengthen the Affordable Care Act, which he and President Barack Obama helped pass in 2010.

The topic had come under an intense debate from within the party during the primary season. Sen. Bernie Sanders and other progressive candidates had pushed for Medicare for All while more moderates pushed for options that did not provide universal health care.

Biden said his plan would protect those with pre-existing conditions and would “provide a Medicare-like option as a public option.”

“If you qualify for Medicaid and the state hasn’t provided it you’d automatically be enrolled. I’m going to protect you like I tried to protect my own family,” he said in the video.

The convention then switched focus to Ady Barkan, a healthcare advocate who has ALS. Barkan made headlines in 2017 when he confronted Sen. Jeff Flake and told him to “be a hero,” before Congress voted on the GOP tax bill that made cuts to Medicaid and Medicare.

Barkan has been a staunch supporter for Medicare for All and was referenced by Sen. Elizabeth Warren during a Democratic presidential debate. In a taped video, Barkan, who uses a wheelchair, wearing a “Be a Hero” T-shirt and speaking through a computer, warned viewers that President Donald Trump and the GOP are threatening to take away more healthcare access.

“We live in the richest country in history and yet we do not guarantee this most basic human right,” he said. “Everyone living in America should get the health care they need regardless of their employment status or ability to pay.”

“We must elect Joe Biden. Each of us must be a hero for our communities, for our country, and then, with a compassionate and intelligent president, we must act together and put on his desk a bill that guarantees us all the health care we deserve,” he said.

Political violence is coming from one direction in this country: The far right