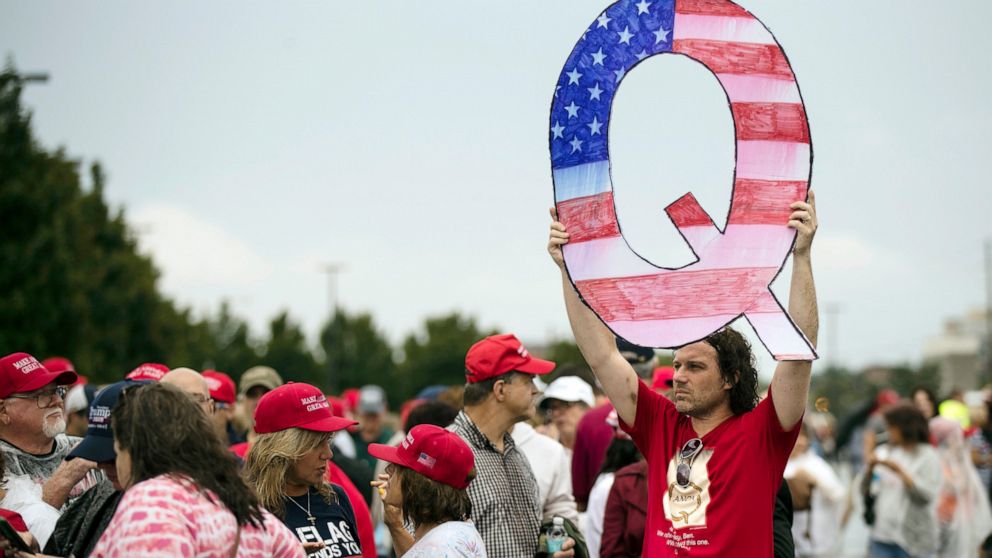 Facebook became the latest social media platform to crack down on the fringe far-right conspiracy group known as QAnon on Wednesday afternoon.

The social media platform said the move is part of an expansion of its “Dangerous Individuals and Organizations policy” to cover “organizations and movements that have demonstrated significant risks to public safety but do not meet the rigorous criteria to be designated as a dangerous organization.”

The expansion means Facebook will impose restrictions on those using “veiled language and symbols particular to the movement” to advocate violence. The expansion appears to target QAnon, whose members routinely speak in codes, riddles and obtuse imagery.

QAnon supporters tout the false theory that Democrats and celebrities are running a global pedophilia ring, and that President Donald Trump is about to mass arrest the perpetrators. The movement is amorphous, incorporating everything from the Robert Mueller investigation to the coronavirus pandemic into its sweeping and baseless worldview.

While springing initially from 4Chan, supporters of the movement have been involved in multiple instances of offline violence, including an alleged murder in Staten Island last year. The FBI has said that QAnon a potential domestic terror threat.

Facebook’s crackdown on QAnon follows similar moves by Twitter and TikTok earlier in the summer — actions that significantly lag behind Reddit’s deplatforming of the group in 2018.

These recent moves to limit QAnon’s spread come only after the movement has metastasized, with two Republican candidates tied to QAnon possibly headed to Congress next year.