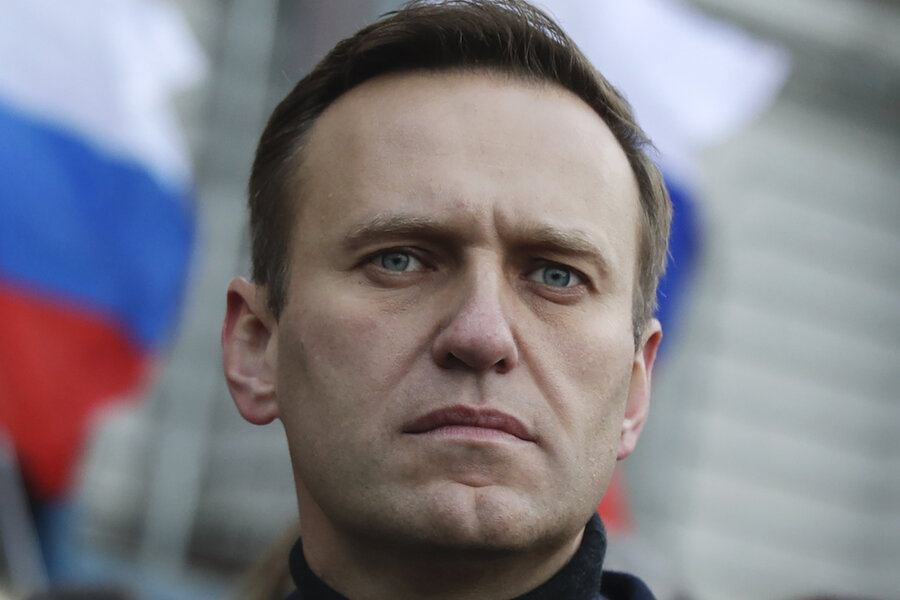 Russian opposition politician Alexei Navalny is in a coma in an intensive care unit in Siberia after falling ill from suspected poisoning that his allies say is linked to his political activity.

The critic of Russia’s President Vladimir Putin felt unwell on a flight back to Moscow from Tomsk, a city in Siberia, and was taken to a hospital after the plane made an emergency landing in Omsk, Mr. Navalny’s spokeswoman, Kira Yarmysh, said on Twitter.

She told the Echo Moskvy radio station that he must have consumed something in tea he drank at an airport cafe before boarding the plane early Thursday. During the flight, Mr. Navalny started sweating and asked her to talk to him so that he could “focus on the sound of a voice.” He then went to the bathroom and lost consciousness.

Other opposition figures were quick to suggest Kremlin involvement.

“We are sure that the only people that have the capability to target Navalny or myself are Russian security services with definite clearance from Russia’s political leadership,” Pyotr Verzilov, a member of Russia’s protest group Pussy Riot who ended up in intensive care after suspected poisoning in 2018, told The Associated Press. “We believe that Putin definitely is a person who gives that go-ahead in this situation.”

Doctors at the Omsk ambulance hospital No. 1, where the politician is being treated, remain tight-lipped about his diagnosis and only said they were considering a variety of theories, including poisoning.

Mr. Navalny’s wife Yulia arrived at the hospital in the afternoon, but medial workers would not let her see her husband because she did not have their marriage certificate and the patient did not consent, according to Ms. Yarmysh.

Mr. Navalny’s doctor Yaroslav Ashikhmin told the independent Meduza outlet that he is trying to arrange his transfer to a clinic in Hanover or Strasbourg.

Mr. Verzilov, who was flown to Berlin for treatment in 2018, said hospitals in Omsk or Moscow would not be able to treat Mr. Navalny properly and expressed concern about possible pressure from security services that doctors could be under in Russia.

Kremlin spokesman Dmitry Peskov on Thursday said it was necessary to wait for the test results showing what caused Mr. Navalny’s condition, adding the authorities would consider a request to allow Mr. Navalny to leave Russia, which has not fully opened its borders after a coronavirus lockdown, for treatment.

However, doctors at the Omsk hospital refused to give medical documents necessary for a transfer to Mr. Navalny’s wife and allies, Dr. Anastasia Vasilyeva of the Alliance of Doctors union, who also flew to Omsk on Thursday, said in a tweet.

State news agency Tass reported that police were not considering deliberate poisoning, a statement the politician’s allies dismissed as a propaganda ploy.

The widow of Alexander Litvinenko, the Russian agent who was killed in London by radioactive poisoning in 2006, voiced concerns that Mr. Navalny’s enemies within Russia may have decided that it’s time to use a “new tactic.”

“It was obvious he would not be stopped,” Marina Litvinenko told the AP from Sicily, Italy. “Maybe they decided to do a new tactic not to stop him just with an arrest but to stop him with poison. It looks like a new tactic against Mr. Navalny.”

British Foreign Secretary Dominic Raab said in a tweet that he was “deeply concerned” by the reports about the suspected poisoning of the politician.

Like many other opposition politicians in Russia, Mr. Navalny has been frequently detained by law enforcement and harassed by pro-Kremlin groups. In 2017, he was attacked by several men who threw antiseptic in his face, damaging one eye.

Last year, Mr. Navalny was rushed to a hospital from prison where he was serving a sentence following an administrative arrest, with what his team said was suspected poisoning. Doctors then said he had a severe allergic attack and discharged him back to prison the following day.

Mr. Navalny’s Foundation for Fighting Corruption has been exposing graft among government officials, including some at the highest level. Last month, he had to shut the foundation after a financially devastating lawsuit from Yevgeny Prigozhin, a businessman with close ties to the Kremlin.

Belarus’ authoritarian President Alexander Lukashenko accused Mr. Navalny last week of organizing unprecedented mass protests against his re-election that have rocked Russia’s ex-Soviet neighbor since Aug. 9. He did not, however, provide any evidence and that claim was one of many blaming foreign forces for the unrest.

The most prominent member of Russia’s opposition, Mr. Navalny campaigned to challenge Mr. Putin in the 2018 presidential election, but was barred from running.

He set up a network of campaign offices across Russia and has since been promoting opposition candidates in regional elections, challenging members of Russia’s ruling party, United Russia. One of his associates in Khabarovsk, a city in Russia’s Far East that has been engulfed in mass protests against the arrest of the region’s governor, was detained last week after calling for a strike at a rally.

Mr. Nalvy has been energizing young Russians for years, as the Monitor reported in 2017:

He is best known for his crusade against official corruption, which put him on the map and continues to be his staple political issue. His blog is one of the most widely followed in Russia. His electoral program is a very brief one, decried by critics as “populist,” that calls for an end to censorship, stimulation of small business and legal punishment for corrupt officials…

For [Mikhail] Aralov, who has joined Navalny’s “pre-election” campaign which is focused on compelling the Kremlin to allow him a place on the presidential ballot, Navalny is the agent of change that Russia needs.

“Navalny is exciting and new. He’s created an alternative program that can unite left and right against Putin,” says Aralov. “Navalny needs us, young people, to be his battering rams. We don’t feel the pressure, because we don’t have families, careers, all the concerns that make older people conform. The presidential election is everything now.”

In the interview with Echo Moskvy, Ms. Yarmysh said she believed the suspected poisoning was connected to this year’s regional election campaign.

Vyacheslav Gimadi, a lawyer with Mr. Navalny’s foundation, said the team is requesting Russia’s Investigative Committee open a criminal probe. “There is no doubt that Navalny was poisoned because of his political stance and activity,” Mr. Gimadi said in a tweet on Thursday.

Commentators say Mr. Navalny has become increasingly dangerous for the Kremlin as Mr. Putin’s approval has plummeted this year to a record low of around 60% amid the coronavirus pandemic and growing public frustration with the declining economy.

“The Duma elections are particularly important for the Kremlin,” as the new Duma will be operating in 2024, when Mr. Putin’s current presidential term expires and he may announce running for re-election, Mr. Gallyamov told the AP.

“Imagine if now the parliament in Belarus announced not recognizing election results,” Mr. Gallyamov said. “This would be the end of the regime.”

“That’s why controlling the next State Duma is crucially important for the Kremlin. Navalny really makes it harder for the Kremlin to establish that control,” Mr. Gallyamov added.

At the same time Mr. Navalny, who rose to prominence by exposing corruption all over Russia, could have other enemies, Mr. Gallyamov said, and may have been targeted by people featured in one of his investigations, if he had indeed been deliberately poisoned.

Mr. Navalny is not the first opposition figure to come down with a mysterious poisoning.

In 2018 Mr. Verzilov spent a month in a hospital, recovering from a suspected poisoning by an unknown substance. He told the AP that Mr. Navalny’s initial symptoms – loss of coordination, pain, fainting – were very similar to his.

Opposition activist Vladimir Kara-Murza was hospitalized with poisoning symptoms twice – in 2015 and 2017. Prominent journalist Anna Politkovskaya was also reportedly poisoned in 2004 – two years before being murdered.