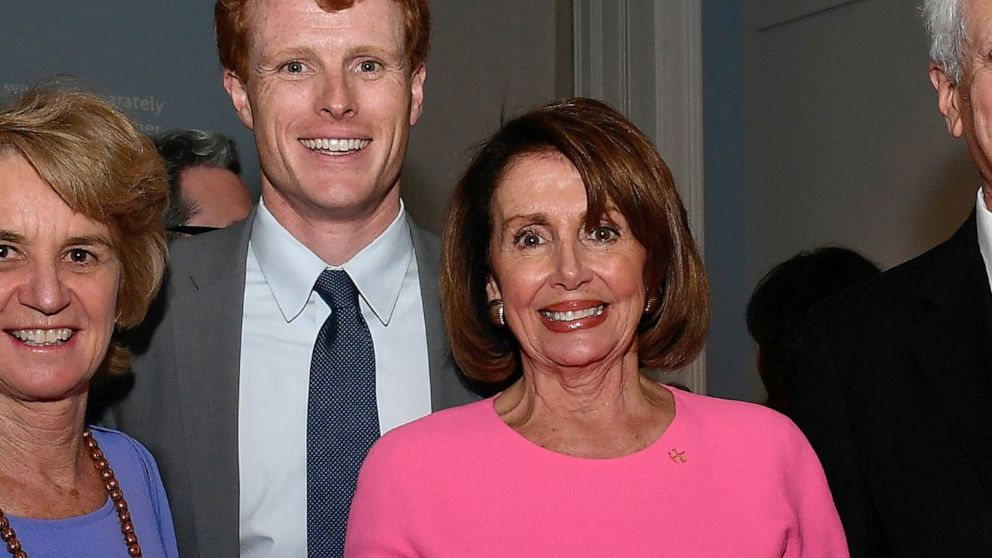 House Speaker Nancy Pelosi is weighing in on the fierce Senate primary race in Massachusetts between Sen. Ed Markey and Rep. Joe Kennedy, endorsing Kennedy in the final weeks before Election Day.

Pelosi cited Kennedy’s commitment to campaigning for Democrats in 2018 — the year the party retook the House — and said he reflects the future of the party.

“In 2018, when we took back the House, Joe campaigned across America to make that victory possible and that’s why so many of his supporters are Freshman Members of Congress who Joe helped elect. He knows that to achieve progressive change, you must be on the front lines leading movements of people. Massachusetts and America need Joe Kennedy’s courage and leadership in the Senate,” she said in a statement announcing her endorsement.

“We need leaders who are willing to give every inch of themselves to the causes and concerns that unify Democrats. Joe Kennedy represents this Party’s future. He will help lead Democrats forward on the defining battles of our time,” she said.

Markey congratulated his rival on earning Pelosi’s support, saying he would have been “proud” to have it.

“Speaker Pelosi is an effective leader who has shattered glass ceilings throughout her career. I had the privilege to work alongside Nancy in the House for decades and any candidate would be proud to have her endorsement. I congratulate Joe Kennedy on securing her support,” he wrote on Twitter.

In a race that hasn’t seen much daylight between the two candidates in terms of policy, Kennedy, 39, has been leaning into a call for generational change as he competes against the 74-year-old Markey.

The grandson of Robert F. Kennedy and grandnephew of former President John F. Kennedy launched his bid on the idea the race marks the “fight of my generation.”

The primary, which is set for Sept. 1, has been tightening in recent weeks, and has seen some fireworks between the two over outside help, Kennedy’s famous last name and the low-profile senator’s time in the state.

Markey, for his part, has been tethering himself to Rep. Alexandria Ocasio-Cortez, the progressive heavyweight who endorsed him in September 2019.

“It’s not your age that counts. It’s the age of your ideas and Ed Markey is the leader that we need,” Ocasio-Cortez said in a recent ad. “He’s an original co-sponsor for Medicare for All, is a co author for the Green New Deal, and he is a stalwart champion for racial justice. He’s been doing these things, not because they’re popular, but because they’re right.”

Markey has also been previously endorsed by Sen. Elizabeth Warren, D-Mass., but that announcement came before Kennedy formally announced his bid. Warren has mostly been on the sidelines of the race as she considers Kennedy a good friend but she committed to some last-minute virtual campaigning for Markey in the final weeks, according to the Boston Globe.

Pelosi’s endorsement is a much-needed boost for Kennedy in the race’s final weeks, and a snub to Markey who served in the House for more than four decades. It also comes on the heels of PAC To the Future, which is affiliated with Pelosi, donating $5,000 to Kennedy’s campaign, according to recent filings.

Pelosi’s PAC also gave $5,000 to Markey’s campaign on June 28, 2019, according to FEC filings, before Kennedy officially announced his bid for the Senate in September 2019.

Pressed on why the speaker decided to intervene in the competitive primary dual now, an aide to Pelosi told ABC News, “Joe didn’t ask for this endorsement. The Speaker felt compelled to make it given Joe’s 2018 cycle political work which was essential to Democrats’ successful efforts winning back the majority. Additionally, Speaker was concerned by attacks by the Markey campaign on Joe, his family, his supporters and the Kennedy family policy legacy — most notably a recent Markey campaign ad with the line ‘With all due respect, it’s time to start asking what your country can do for you.'”

The aide was referring to a recent ad which was released just last week, that features a twist on the most memorable line from President Kennedy’s inauguration speech in 1961, when he said, “Ask not what your country can do for you — ask what you can do for your country.”

The ad roiled the younger Kennedy, although it did not directly name him. He lashed out against Markey for dragging his family into the race, taking aim at the senator’s record and comparing it to his family’s own.

“Sen. Markey seems intent on making them an issue in this race in our debates, on his social media platforms, and his fundraising emails, and his campaign ads questioning their integrity, weaponizing their history, appropriating their words,” Kennedy said of his family. “The senator’s time would be better spent reconciling his own history….if he wants to talk about the Kennedys, then I will talk about the Kennedys…I am proud of their contribution and their history.”

But the move by the most senior Democrat in the House is infuriating some on the progressive left, who criticized her decision, which they see as standing at odds with her longstanding policy of backing incumbents in the House.

Justice Democrats, the progressive group that previously boosted Ocasio-Cortez to her primary victory, was quick to call out Pelosi for what they view as her “hypocrisy” for endorsing a primary challenger.

“For two years, Democratic Party leadership has endorsed incumbents over progressive primary challengers claiming it is their policy to always back incumbents — even when the incumbent was anti-choice and endorsed by the NRA. But now, when a sitting US Senator champions the Green New Deal while wildfires blanket Speaker Pelosi’s home state in smoke, she chooses to endorse a challenger,” Alexandra Rojas, the group’s executive director, said in a statement. “This move reeks of hypocrisy: the party is setting one standard for progressives and one entirely different standard for the establishment.”