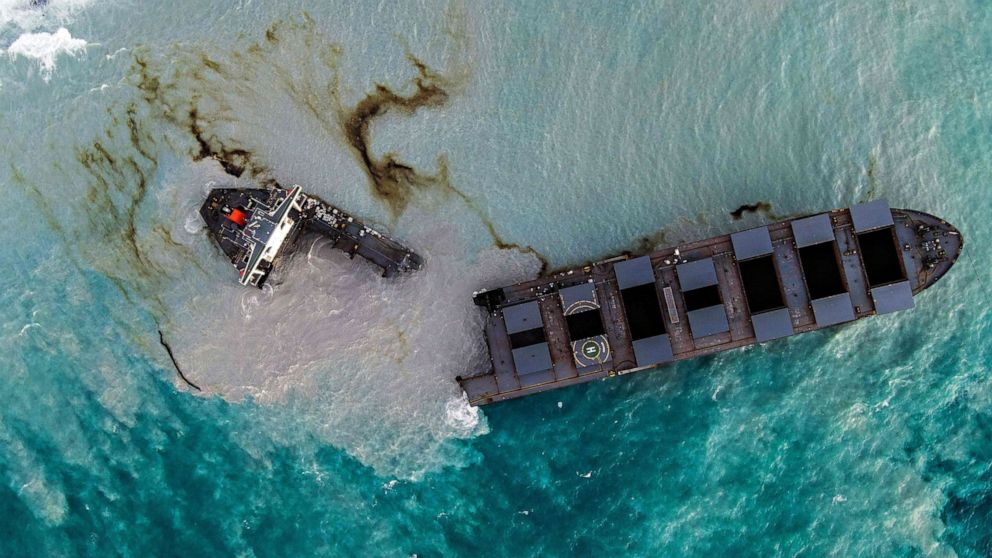 The MV Wakashio ran aground on a coral reef at Pointe d’Esny near Mauritius in late July. After days of being pounded by strong waves, the ship broke apart. On Aug. 6, it started leaking oil creating an environmental catastrophe.

The ship spilled more than 1,000 tons of its cargo and 4,000 tons of fuel in the waters of Mahebourg Lagoon, one of the island’s most pristine coastal areas, according to The Associated Press.

Environmental groups have warned that the damage to the coral reefs could be irreversible. Greenpeace Africa stated that thousands of species around Blue Bay, Pointe d’Esny and Mahebourg have been put at risk along with the island’s economy, food and security.

Thousands of volunteers responded to the government’s declaration of an environmental emergency to clean up the oil and minimize the damage. People created makeshift oil barriers with fabric stuffed with sugar cane leaves, human hair and empty plastic bottles.