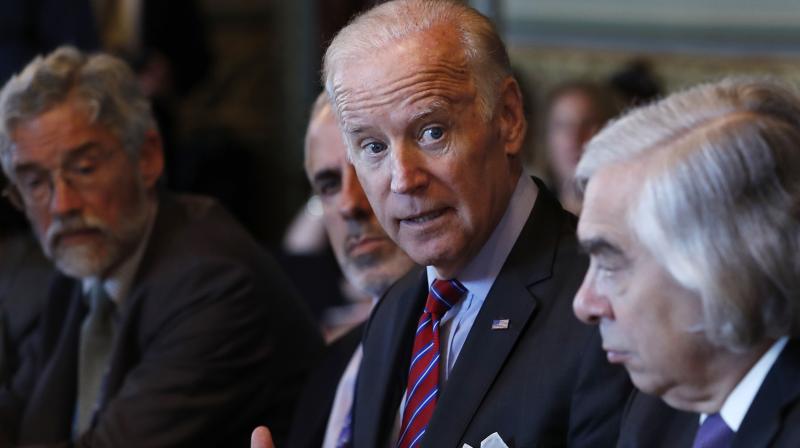 Washington: President Donald Trump has retweeted an audio recording that US intelligence officials have described as part of a Russian campaign to denigrate Democratic presidential candidate Joe Biden.

The leaked conversation, purportedly between Biden and former Ukrainian President Petro Poroshenko, dates from Feb. 18, 2016, and centres on the resignation of Ukraine’s chief prosecutor.

By amplifying the recording to his more than 85 million Twitter followers, Trump underscored the ease with which pro-Russian narratives can seep into American public discourse ahead of the 2020 election despite being flagged by intelligence officials as the product of a concerted Russian effort. Russia has also published disinformation under the guise of legitimate news stories, US officials say, reflecting something of a shift in tactics from 2016, when Russia relied on a social media campaign to sow discord and orchestrated the release of stolen Democratic emails.

The White House did not immediately return a message seeking comment, but the Biden campaign accused Trump in a statement of having “habitually attacked the sovereignty of American elections,” including by “attempting to coerce his Ukrainian counterpart into spreading conclusively-disproved lies.”

That is a reference to a July 2019 phone call in which Trump encouraged his Ukraine counterpart, Volodymyr Zelenskiy, to investigate unsubstantiated corruption allegations against Biden. The call was at the centre of the impeachment case against Trump that ended with his acquittal by the Senate in February.

“Donald Trump is the most hostile president to American democracy in our history,” said Biden campaign spokesman Andrew Bates.

Andrii Derkach, a member of Ukraine’s parliament and a 1993 graduate of a Russian spy academy who long has aired corruption allegations against Biden and his son, has released this year what he says are recordings of conversation between Poroshenko and Biden when Biden was vice president during the Obama administration. That effort was flagged in a US intelligence assessment earlier this month warning of Russian interference in the upcoming election, and specifically efforts to denigrate Biden.

In the conversation retweeted Sunday night by Trump, Poroshenko can be heard telling Biden that he had accepted the resignation of prosecutor Victor Shokin “despite of the fact that we didn’t have any corruption charges, we don’t have any information about him doing something wrong.”

An anti-Biden narrative pushed by Trump and his supporters alleges that Biden, as vice president, pressured Ukraine’s government to fire Shokin because Shokin had investigated a Ukrainian energy company on whose board sat Biden’s son Hunter. But Biden’s position on the prosecutor, who was seen by critics as soft on corruption, was the position of the US government and was also supported by other Western governments and many in Ukraine.

But the Twitter user whom Trump retweeted said in his tweet that the conversation revealed that “Shokin was not corrupt” and that there was no information to suggest he had done anything wrong.

A White House summary of the conversation available online does show that Biden and Poroshenko spoke on Feb. 18, 2016. But Poroshenko has generally rejected the tapes disclosed by Derkach as a fabrication by pro-Russian forces in Ukraine.