The two sides fought with clubs, shields, pepper spray and rocks whilst using shields for protection. A number of protestors on each side were armed and according to a local reporter at least one right-wing protestor drew and aimed a firearm, but did not fire.

The violence, which lasted about an hour, took place outside Portland’s Justice Centre.

Hundreds of nationalist and right-wing protestors gathered for a ‘back the blue’ rally supporting Portland’s police.

They were joined by activists from the Proud Boys, a group accused of promoting “right-wing extremism” by the Anti-Defamation League.

Supporters of the Black Lives Matter movement and self-styled anti-fascist groups gathered to confront them. 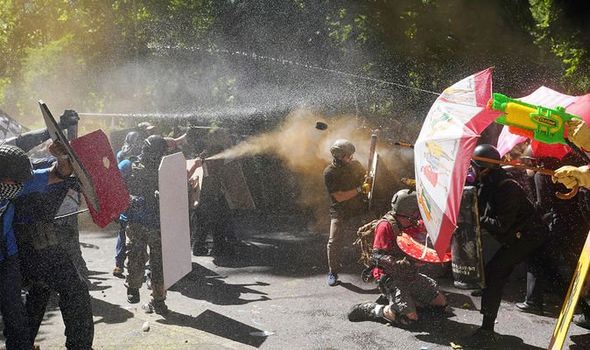 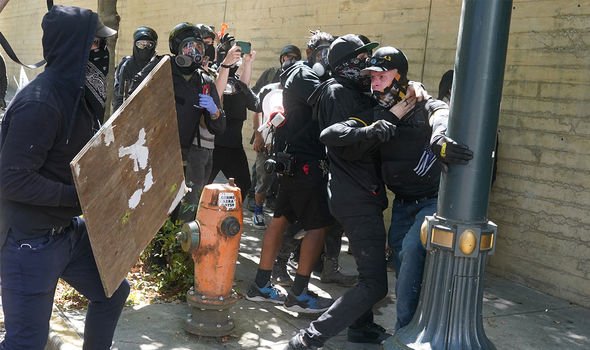 “Over the course of the next two hours, the groups remained in the streets. Individuals yelled at each other and there were some physical interactions which quickly resolved themselves.

“Some members from both groups threw projectiles and deployed aerosols like pepper and bear spray at each other. At times, fireworks were thrown and smoke canisters were deployed.

“Each skirmish appeared to involve willing participants and the events were not enduring in time, so officers were not deployed to intervene.” 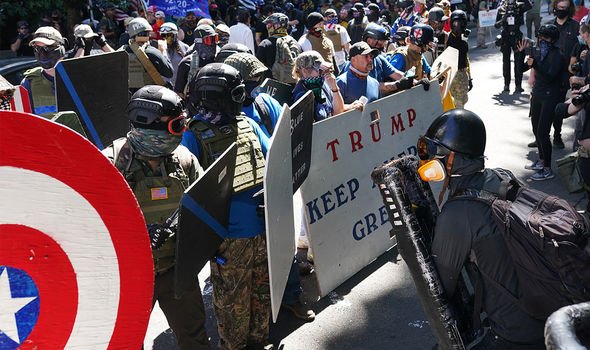 Near daily protests in support of the Black Lives Matter movement have taken place in Portland since the killing of George Floyd by police at the end of May.

On Friday night Portland police declared a riot after their officers were attacked with rocks and windows on their patrol cars smashed.

In a statement PPB Chief Chuck Lovell said: “Crowd management events are complex, especially when they involve groups with differing ideologies with members who wish to engage in physical confrontations. 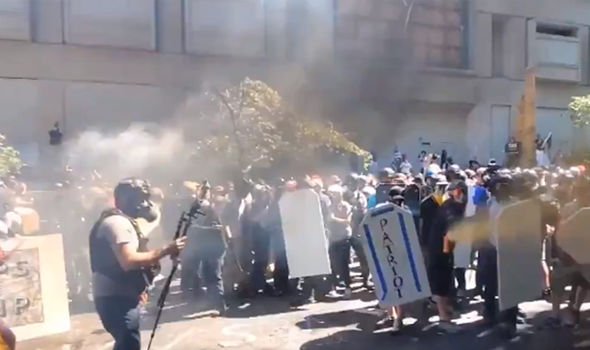 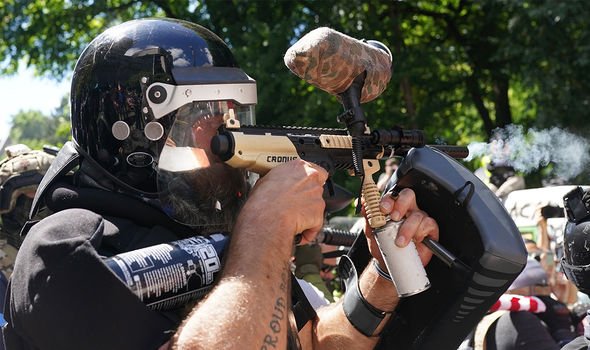 “PPB had to be judicious with our limited resources today especially since many of our members worked during the riot this morning and had very little sleep.

“Our resources are finite and we also have emergency calls for service to manage across the City.

“We are investigating criminal acts when we are aware of them and ask for any victims to come forward so we can build the best case we can for enhanced outcomes for prosecution.”

In July President Trump caused controversy by deploying federal officers to Portland against the wishes of the local mayor.

After a series of violent clashes with protestors over several weeks most of the federal officers were withdrawn.

President Trump has hit out repeatedly at unrest in Portland.

Early on Saturday he tweeted: “Another bad night of Rioting in Portland, Oregon. 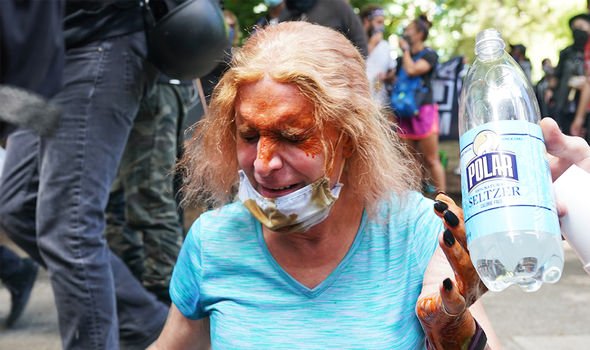 “A small number of Federal troops there to protect courthouse and other Federal property only (great job!).

“Wanting to be asked by City & State to STOP THE RIOTS.