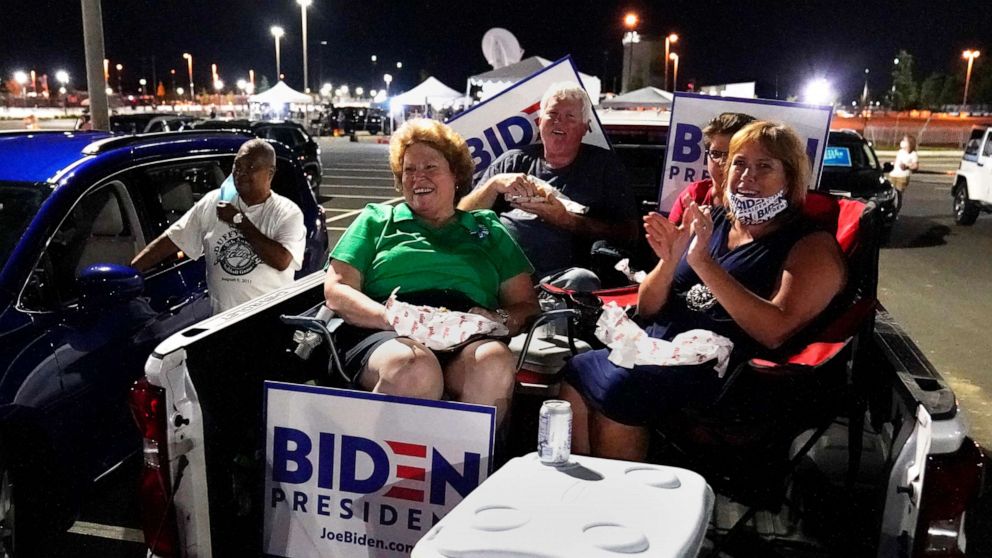 As Joe Biden prepared to take the most important step in his political career thus far, on Thursday, President Donald Trump was having an entirely different kind of day.

Earlier on Thursday, a federal judge rejected Trump’s motion to block the Manhattan district attorney from obtaining his tax returns.

To add to Trump’s grief, more than 70 former Republican national security officials, including some former members of the Trump administration, came out in support of Biden.

Minutes before Biden was set to accept the Democratic nomination for president, Trump was on Twitter, taking aim at the former vice president and at mail-in voting.

Trump’s claim he stands for “law and order” comes on the same day that his former campaign CEO and chief strategist in the White House, Steve Bannon, was arrested and charged for defrauding donors in an online scheme.

Trump also argued that Biden “excuses” and “allows crime,” though Biden, in response to the violent protests going on around America, has taken a firm stance. “We do need to hold those who violate the law accountable,” he recently said.

“We should never let what’s done in a march for equal rights overcome what the reason for the march is,” Biden said. “And that’s what these folks are doing. And they should be arrested — found, arrested and tried.”

Trump continued tweeting Thursday, claiming Democrats are demanding mail-in ballots because enthusiasm for “Slow Joe Biden” was lagging and Democrats are “concerned very few people will turn out to vote.”

Trump did not mention the COVID-19 pandemic’s role in the desire for mail-in voting. The virus has now killed more than 170,000 Americans.

As the final night of the Democratic National Convention kicked off, he asked why Democrats are against voter identification, yet “must have an ID card” to get into the DNC. The convention this week has been entirely virtual, and has been streamed publicly to anyone who wishes to participate online.

During the final day of the DNC, Trump called in for a talk with Fox News’ Sean Hannity, where he mused about whether he will watch tonight’s convention. “I don’t know [if] I’ll be able to watch all of it,” he initially said, before adding, “I’m going to be watching. I watched a lot of hate last night and the night before. I watched tremendous hate.”

On the show, Trump criticized Michelle Obama for taping her speech. He also called former President Barack Obama “very divisive” and said without him and Biden, Trump wouldn’t be president today.

Earlier in the day, Trump took aim at Biden in a speech just miles away from the former vice president’s birthplace.

BJP will form next government in Telangana: Amit Shah